They say it’s the Golden Age of Television, but they also say: not all that glitters is gold. That’s why we’re here, every month, to dig through the annals of content, of crime story after crime story after crime story, to identify the gems among the masses. Mercury is in retrograde and weird things are happening in the world of TV this month. Consolidations and plus signs abound as Disney+ and Apple TV+ both launch new streaming platforms. The media superpowers that be intend to change the face of TV, but if that’s the case, well, we’re waiting to see it; the content arriving on these mega platforms seems barren. (I’m holding out hope: Jason Katims, creator/showrunner of Friday Night Lights, has signed on to a multi-year deal with Apple.) With the holidays around the corner and the early-fall shows still going strong, November’s premieres are a bit measly (save a few not-to-be-missed adaptations). Think of it as an opportunity to catch your breath. Tune into one of October’s shows. (Watchmen and Castle Rock are both just getting started; two thrillers set in strange worlds that strike an intriguing balance between socio-political realism and the supernatural.) Otherwise, there are seemingly endless Christmas cookie baking shows to stoke your arguably premature holiday spirit. 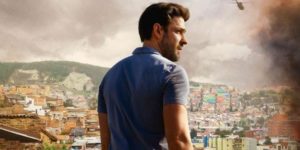 Long before there was Apple TV+, there was Tom Clancy, the original entertainment empire for the patriotic espionage junkies among us. Famed CIA agent Jack Ryan has taken many forms since he was first introduced on the pages of The Hunt for Red October in 1984; Baldwin, Ford, Affleck, Pine, and the fifth big screen strongman, Krasinski, who stars in this awkwardly named Amazon series. Known for his role as lovable everyman Jim Halpert in The Office, Krasinski seems a surprising choice, but his understated-white-American-man-out-to-use-his-smarts-for-global-good thing feels both contemporary(-ish) and in keeping with the Jack we know. The first season took us to Syria, where American foreign intervention tried to save the day (the question of whether it should went unasked); this season offers a similar premise, albeit in the Amazon, where there’s word of an illegal arms deal between Russia and Venezuela. It’s a romp, if you can get past the Reaganite politics, terrorism tropes, and the “cool guys don’t look at explosions” bit. 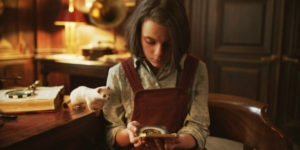 I grew up with the all-embracing magic of Pullman’s world intertwined with my world (and the evil Mrs. Coulter conflated, in my mind, with the time’s rising political pundit, Ann Coulter). The Northern Lights were a gateway to another world. At times I believed my cat was my dæmon. Now, with distance from the book’s universe and tempered expectations for adaptations in general, this series, nearly half a decade in development, has finally arrived. Visually splendid and epic—HBO is clearly trying to fill the oversized shoes left behind by a certain fantasy series—His Dark Materials is set in a similarly rich world where humans are accompanied by animals that represent and embody their souls, and an oppressive church called the Magisterium rules over the land. 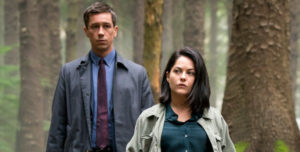 If you’ve been on this site (or Lit Hub, or BookMarks) over the past two weeks, you’re no stranger to the highly-anticipated arrival of Dublin Murders, the first ever cinematic imagining of Tana French’s celebrated Dublin Murder Squad books (adapting the first two, In the Woods and The Likeness). Starring Killian Scott and Sarah Greene as Detectives Rob Reilly and Cassie Maddox respectively, this procedural seems like the other side of the pond’s atmospheric answer to Stumptown; a moody noir—a touch True Detective—with an unsettling, gothic air. Cue your Starz subscriptions and grab yourself some whisky; we’ve been waiting a long, long time for this one. 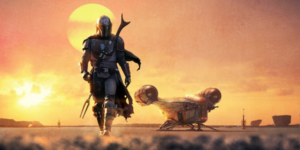 The first ever Star Wars live-series! (Is there anything that hasn’t been done?) At the helm of this one is Pedro Pascal (known for his role as Oberyn Martell in GoT, father of the “Sand Snakes”), the titular Mandalorian, who guards the great beyond, but doesn’t shy away from a gun fight. The cast is promising, and to the delight of all, Werner Herzog plays a bad guy. Otherwise, we’re not entirely sure what to expect here, but the promise of an extraterrestrial western is enough to have us counting the days. 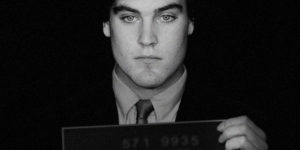 In 1986, the body of 18-year-old Jennifer Levin was found under a tree in Central Park. It wasn’t long before the police tracked down the suspect, 19-year-old, 6-foot-4 Robert Chambers, her on-and-off lover. Chambers confessed to killing Levin, but only after she had tied his hands behind his back and aggressively mounted him—a ludicrous account in practical terms, and one that didn’t align with the evidence of severe strangulation found on Levin’s corpse. Yet it was believed: the good-looking, all American white boy—who became a national symbol of beauty and money—would be incapable of such a monstrous act. This 5-part true crime docu-series investigates the story of Levin’s vilification—the story that was sidelined in favor of lurid details about the night Chambers was supposedly forced into rough sex against his will. 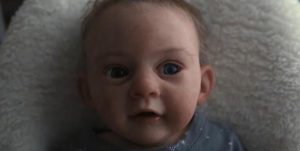 We know precious little about M. Night Shyamalan’s 10-episode psychological thriller. Dorothy and Sean Turner are new parents who tragically lose their child. In an attempt to rebuild their lives, they purchase an expensive, hyper-realistic doll—a “reborn” doll. Then, they hire a nanny. Thus the “creepy baby” genre meets the nanny thriller.

Inspired by Philip K. Dick’s novel, this dystopian world imagines the state of affairs had the Germans won World War II. It’s the fourth and final season, and we’re fairly confident this alternate history is headed straight toward the end of the world.

Ray Donovan premiered in 2013 to a kind of anti-detective spirit, joining a slew of shows about “fixers” whose focus was not on uncovering the truth, but on further tangling the web of secrets. Now, six years later, it’s morphed into something new, following Ray from Los Angeles to New York, where he’s finding his footing with an east coast clientele.

A new London-based thriller about a ubiquitous new invention—The Feed—that is implanted into people’s brains, allowing them to bypass speech and communicate instantly, sharing information, telling stories, and transmitting emotions. The horror is not in the existence of this technology alone, but in its malfunction; people start murdering each other. Goes to show: honesty kills.

The Most Cathartic Moments of Movie Violence 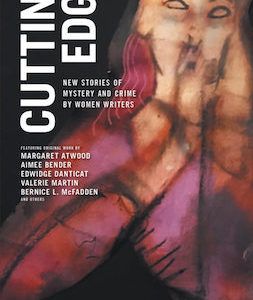 Andrew was entering his third month of unemployment when he sat down at his computer and opened the inbox of his LinkedIn...
© LitHub
Back to top