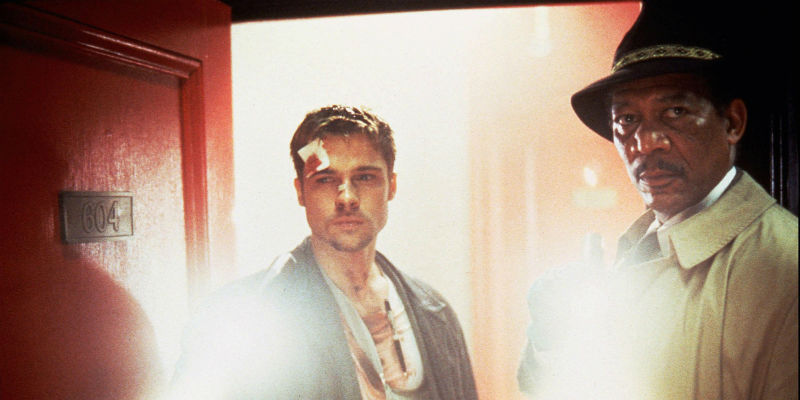 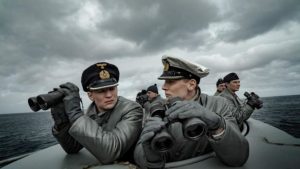 Easily the single greatest submarine movie ever made. Okay, fine, there’s a lot of fanfare around The Hunt for Red October, but that one’s not streaming, and, sure, some might make a good argument for Crimson Tide—but Das Boot is definitely in the top five submarine movies of all time. The 1981 German thriller is more than worth your 145 minutes, and tells the story of a German crew aboard a submarine during WWII. Fighting aside, it’s about the search for purpose and motivation, as the men weather claustrophobia and underwater threats, and above all, reckon with their feelings toward their government’s war from the confines of a tank deep beneath the Atlantic Ocean. It’s kind of like The Hurt Locker for the seafarer. 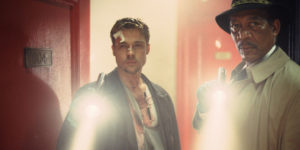 With season 2 of Mindhunter finally upon us, August is bonafide David Fincher month. This 1995 joint is his second feature and first big success, coming in hot during the most impressive decade of thrillers to date. Starring Morgan Freeman as a detective on the verge of retirement and Brad Pitt as a hungry, young cop new to town, the two team up to investigate a serial killer who is murdering people across a dystopian New York City, killing each in a disturbing allusion to one of the seven deadly sins. In some ways, this movie inaugurated the sadistic criminal, and introduced the signature existential nausea that has propelled so many Fincher thrillers since. Maybe you saw this way back when and thought you’d never be able to stomach another viewing, but trust me, rewards abound for those up for a rewatch. 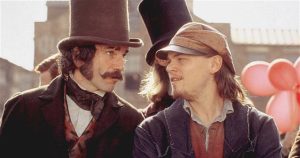 Between Gangs of New York and Se7en, New York City is a concrete jungle where dreams die. This bleak depiction is apt for the dog days of summer, when the city seems to churn like some kind of radioactive monster edging closer and closer to its boiling point. Also: the release of Scorsese’s much-anticipated mob epic, The Irishman, is on the horizon, and there’s no better way to get ready than by watching his 2002 period piece. It takes us back to the mid-nineteenth century, when tribalism ruled, brutality ran rampant, and the threads weaving American democracy and criminality were inextricable. Since I myself haven’t seen this one since its release (I was probably ten at the time and only remember Daniel Day-Lewis waxing poetic while throwing knives), I’m also overdue for a rewatch. 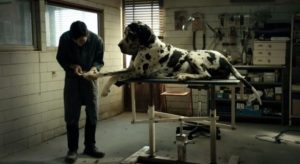 If you missed the latest from Italy’s Matteo Garrone (Gomorrah), which had a limited run in theaters just a few months back, now’s your chance to catch it. Garrone is a true modern master when it comes to crime stories, and Dogman does not disappoint. Set against the grim backdrop of a seaside town in Southern Italy, it tells the story of Marcello, a gentle, albeit weak father and small-town dog groomer (played by a soulful Marcello Fonte) who gets roped into aiding and abetting the neighborhood bully’s petty crimes. Things go too far, they always do, and soon Marcello finds himself at a point of no return. Equal parts neorealist slice of life, revenge story, and tragic fable, this tale of one man’s struggle to get even will haunt you long after the movie has ended. 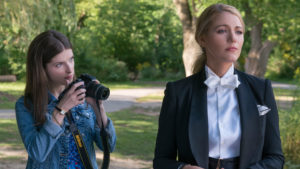 It seems like it plays by the rules, if you squint, and the first hour unfolds as a sleek, standard Hollywood thriller might, with a small town mystery about an unlikely friendship between two moms: the painfully awkward mommy vlogger, Anna Kendrick, and a charismatic, powerful, and very well-dressed Blake Lively. They drink and bond; Lively rescues Kendrick from uptight loneliness, while Kendrick is in awe of her magnetic new friend, and listens sans judgement to her financial woes, which are hard to swallow given Lively’s glass mansion. When Lively disappears and Kendrick takes on the role of detective, the movie takes a turn and becomes rather… un-shy, but in the best of ways. Never discredit a tenacious mommy vlogger. Think Gone Girl meets 1955 French thriller Diabolique—moody, madcap, and winking at itself all the while. 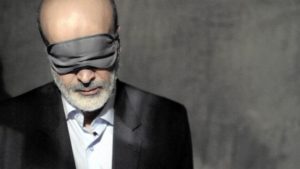 Iran’s long cinematic legacy revels in subtle social critiques, shifting allegiances, and poetic twists both grand and small. In many ways, filmmaker Mohammad Rasoulof deviates from this tradition. Manuscripts Don’t Burn leaves very little—especially its political commentary—to ambiguity. Following two hit men who kill dissenting writers and artists, this thriller is set in the present day and inspired by true events, telling the story of an Iranian writer with a finished memoir about state repression and his time in jail. Just as he is preparing to leave the country to publish, the government gets wind of his plan. Drawing overt parallels between the dissident artists of the USSR and Iran’s contemporary filmmakers, Rasoulof’s bold and courageous statement is unprecedented. 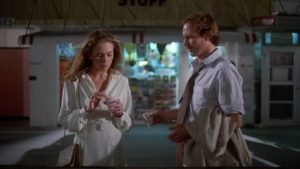 40 years after the film noir classics, Body Heat came around to pay homage to the genre—to James M. Cain and Double Indemnity specifically—and to usher in a new era of self aware (and erotic) neo-noir. Sexy and dangerous, Kathleen Turner stars as Matty, a woman in an unhappy marriage, who begins an affair with Ned (William Hurt), an incompetent lawyer. She’s willing to divorce her husband, she tells him, but the prenup would leave her penniless. Before long, Ned finds the idea of killing her husband rather compelling—for the sake of her inheritance, and, of course, their newfound love. Things spiral from here. 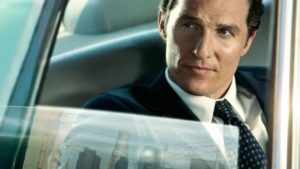 The Lincoln Lawyer (Prime and Hulu)

Based on the eponymous first book from Michael Connelly’s Mickey Haller series, The Lincoln Lawyer is a slick courtroom neo-noir, with Michael McConoughey playing the titular lawyer who conducts his practice out of his Lincoln Continental sedan. It’s a perfect weekday potboiler—taut, polished, twisty, and wholly entertaining—and with an A-level supporting cast that includes Ryan Phillippe, Marisa Tomei, William H. Macy, Bryan Cranston, and John Leguizamo. 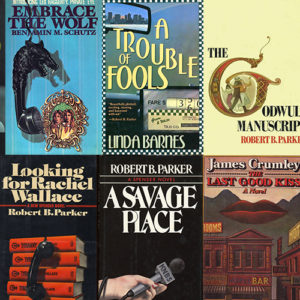 Throughout much of the 20th century, American detective stories were set primarily in a mere handful of locales: New York...
© LitHub
Back to top