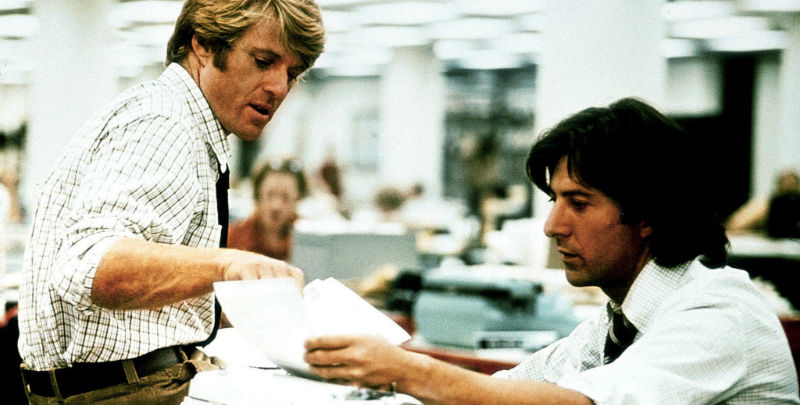 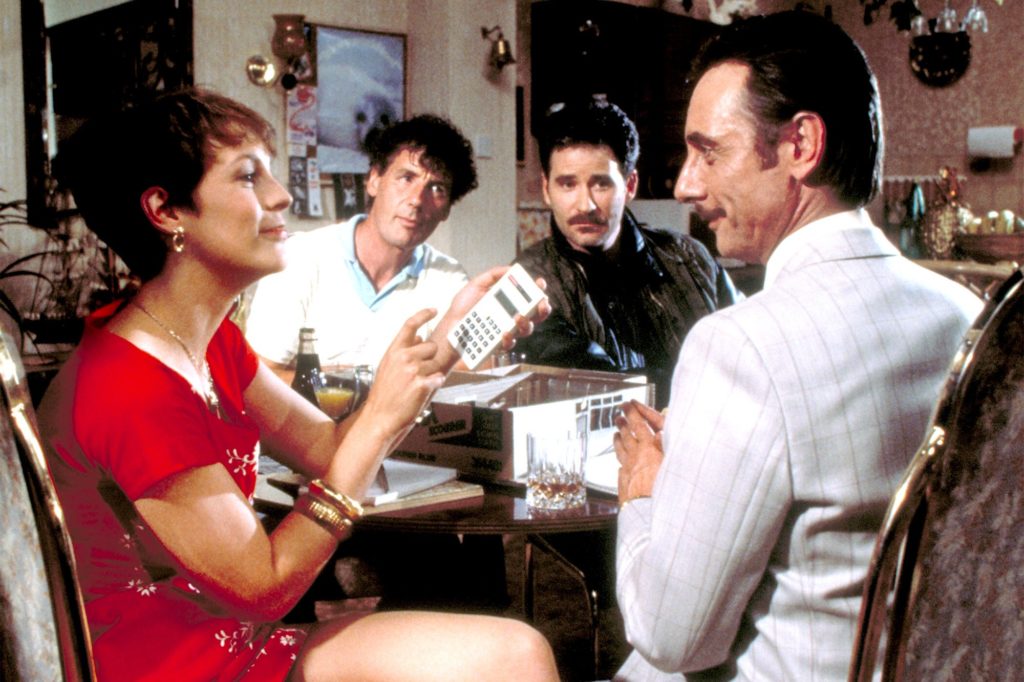 The madcap heist flick that was your parents’ favorite rental night movie for a good chunk of the late 80s and early 90s is finally here on streaming across all major platforms! Jamie Lee Curtis, Kevin Cline, and Michael Palin star as a crew of jewel thieves with an elaborate scheme to strike it big, and also some (many) romantic entanglements, which eventually include John Cleese as a seduced attorney critical to their getaway. Kevin Kline was the breakout performer in this one, and it wouldn’t be long before he was helping to headline major crime movies like French Kiss, but this is also Jamie Lee Curtis at the height of her charms. Sure, the movie’s a bit aged, a bit sexist, a bit fast and loose with the plot at times, but it sure is a lot of fun. 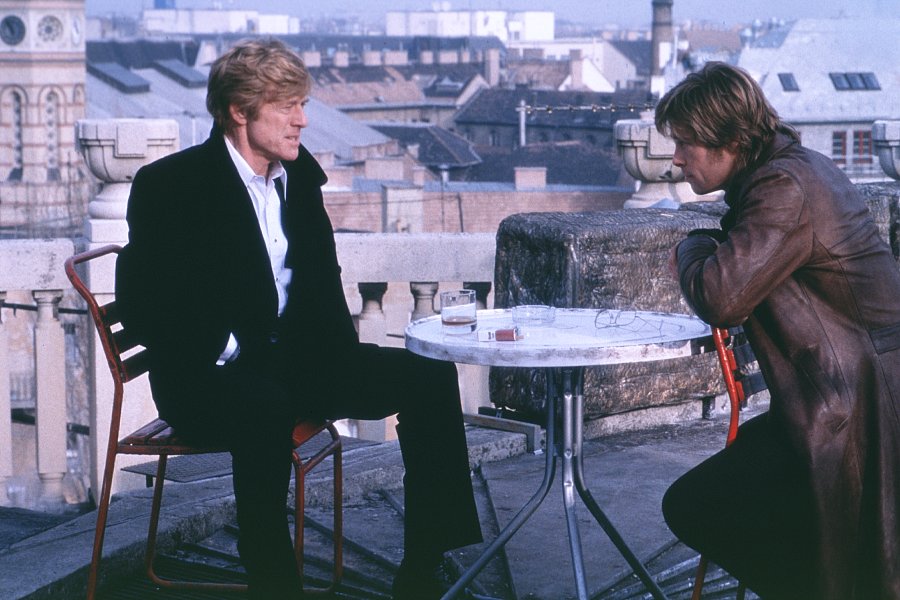 This 2001 espionage thriller starring Robert Redford and Brad Pitt and directed by Tony Scott is being included on this list for three major reasons: (1) because of the scene on the rooftop in Berlin where Redford is schooling Pitt and Pitt gets so mad he throws a chair off the roof, which probably killed someone below but helps make for a genuinely thrilling scene; (2) because Charlotte Rampling steals a few scenes as a dashing mole; and (3) because one of the CrimeReads editors has a father who worked in intelligence in this same region during this same period and has told that editor in casual conversation that Spy Game is pretty much how recruitment worked, which is really crazy to think, and kind of puts the whole movie in a new light, doesn’t it? 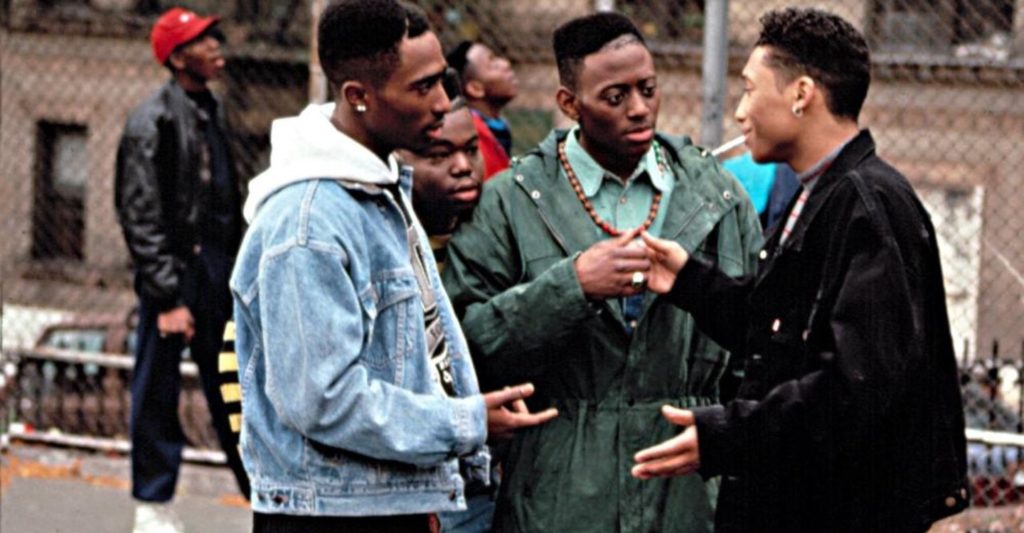 New York City crime shot on location in the early 90s starring Omar Epps and Tupac. If somehow you haven’t already seen Juice, that’s pretty much all you should need to know. Now that you do know, assuming you have some access to Showtime, hopefully you’ve already left off reading this and have fired up the streaming machine. Tupac gives a genuinely powerful and at times frightening, at times heartbreaking performance here. 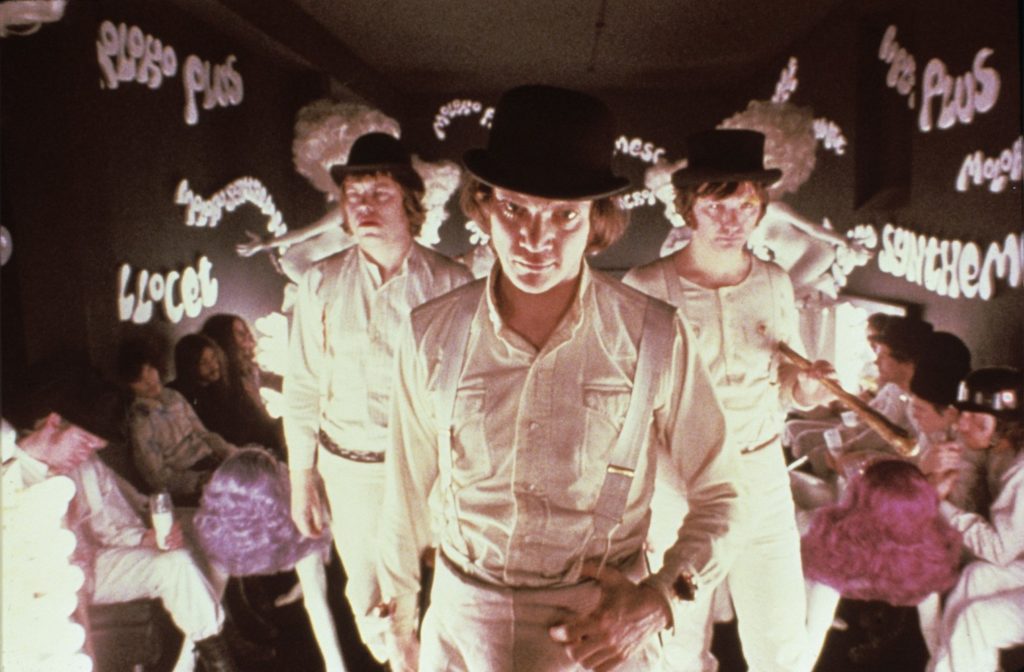 When was the last time you sat down and spent a couple hours with Kubrick’s dystopian crime opus? Probably not too long, but even so, why not give it another crack. Fun fact (since that’s what we do with Kubrick films, we swap facts and trivia and theories): Did you know it was Terry Southern, New Journalism and New Hollywood legend, who first gave Kubrick a copy of the the Burgess book? 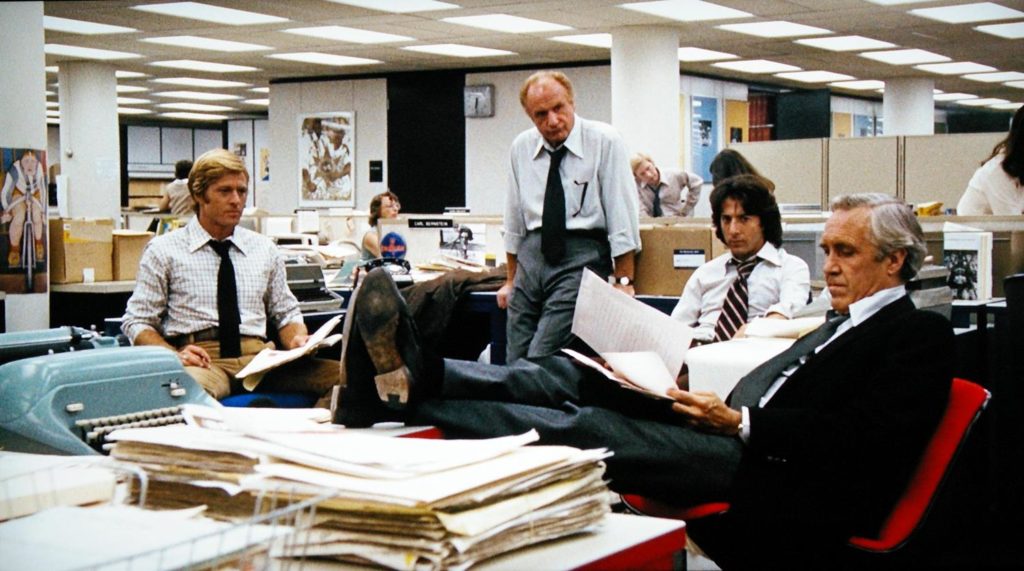 All the President’s Men (Amazon Prime)

Just in time for you to honor William Goldman’s memory with a marathon viewing session, All the President’s Men returns to streaming. A bit of trivia recently learned listening to The Rewatchables podcast over at The Ringer: apparently Jason Robards used to come to the set even on his days off and would sit in Ben Bradlee’s fictional office while they were filming other scenes in other parts of the Washington Post recreation set, because he thought it was important for Bradlee’s presence to be felt in every scene. Now that’s an actor. 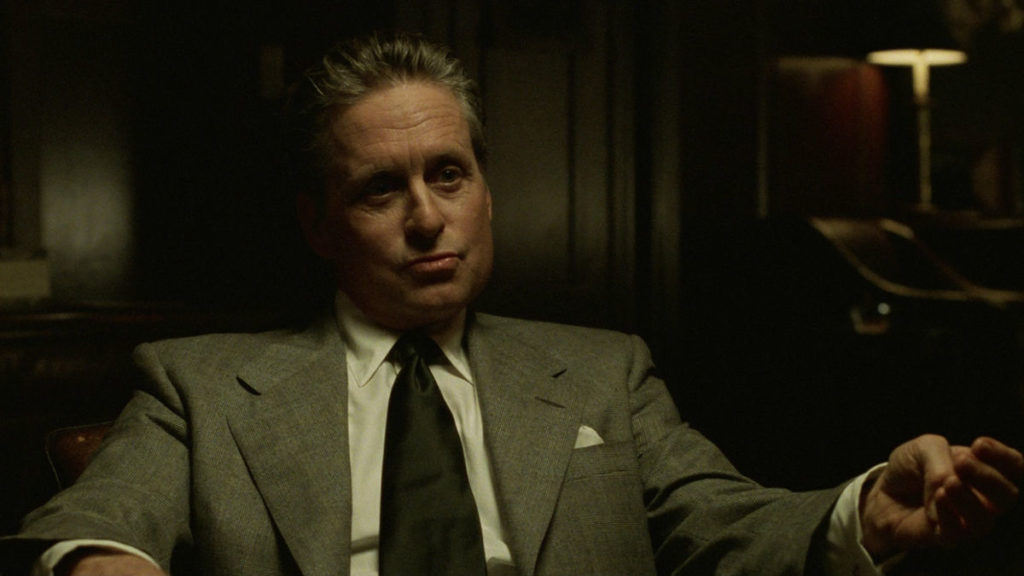 This David Fincher neo-noir is much better, and even weirder than you remember. An army of private actors is hired (as a gift, mind you) to completely mess up Michael Douglas’s life, spiraling him into a bizarre vortex of increasing misery where he doesn’t know what’s real and what’s fake, driving him to the very brink of insanity. This is a perfect snapshot of a world of pre-tech San Francisco elite, shot in Fincher’s consummate noir, with a dash of Hitchcock thrown in for good measure. This movie will trip you out in the best possible way. 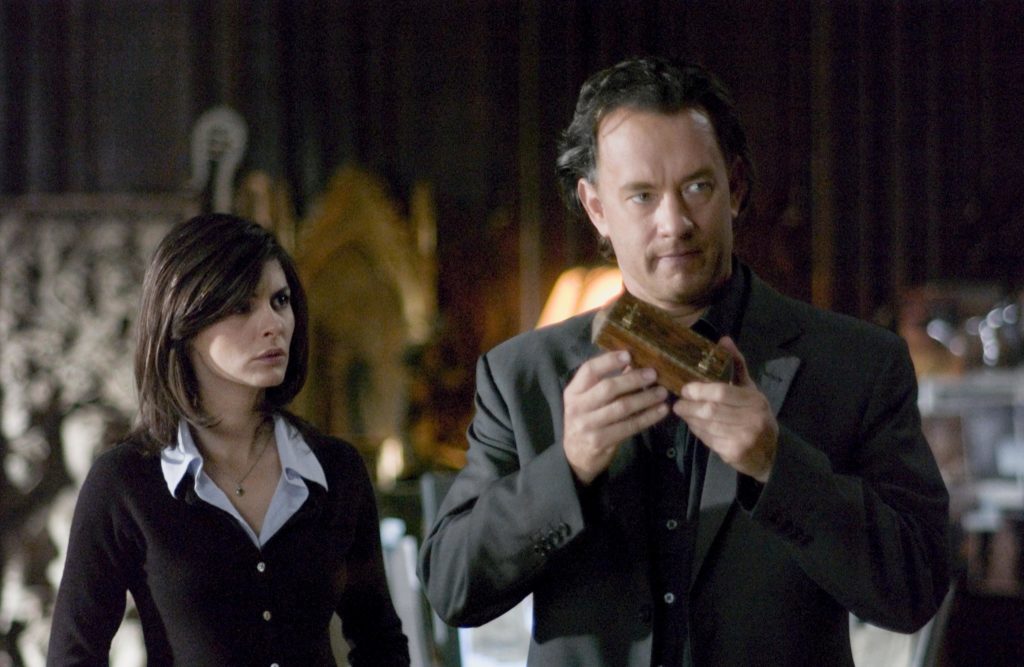 Look, is it a great film? Probably not. Is it Hanks’s best performance? No, that would be Joe Versus the Volcano. Is it even a reasonable guide to modern-day Catholic, Opus Dei, and Virgin Mary related conspiracy theories? Sure, it’s not bad on that count. But really, let’s be honest. Sometimes you just want to lounge around on a Saturday afternoon with a mystery that starts in Paris, in the Louvre after hours, and enjoy the ride. Luckily, The Da Vinci Code is now available for your Saturday afternoon streaming pleasures. Enjoy it. You deserve it. 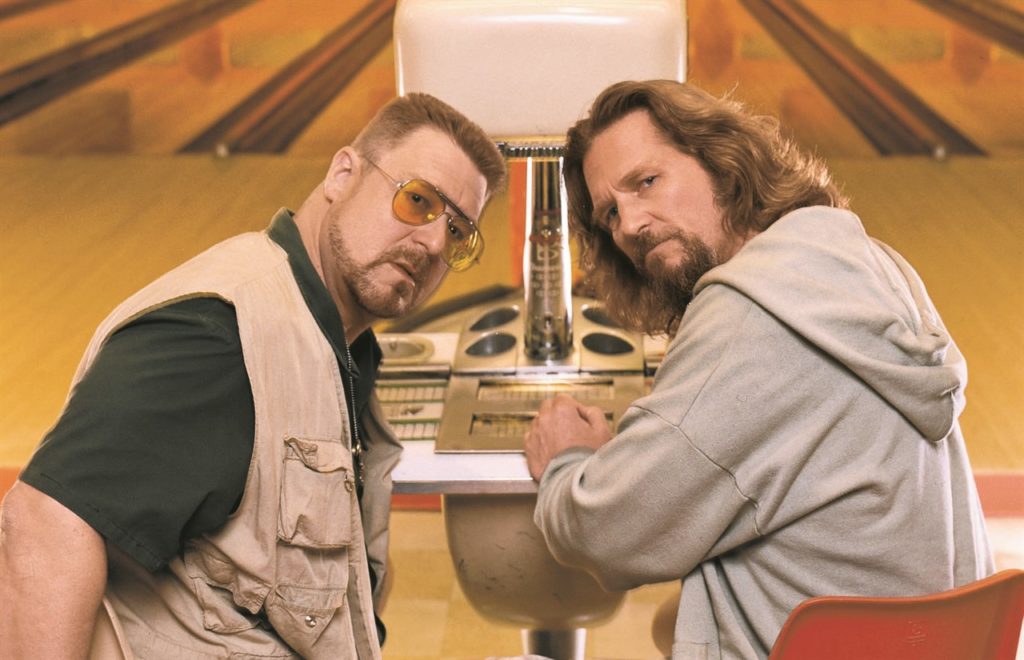 The Dude is back on Netflix, where he always belonged.

“Sometimes, there’s a man, well, he’s the man for his time and place…” 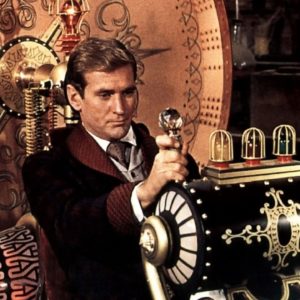 I’m lying in bed when my iPhone’s new screen time tracking feature pops up to helpfully tell me that I’m averaging...
© LitHub
Back to top