Cape Fear is mostly relegated to the second tier of Scorsese-De Niro crime flicks, and rightfully so, but if you’re willing to embrace the pulp thrills and the demented, over-the-top performance by De Niro, which is alternately alienating and chillingly effective, Cape Fear actually has some strong bona fides as a neo-crime classic. (The 1962 version usually comes out on top in direct comparisons, thanks to the unnerving Robert Mitchum; the John D. MacDonald source material, The Executioners, tops them both.) De Niro plays Max Cady, hell bent on exacting some revenge against the former ADA who locked him up for a string of rapes. The torment in this one is genuinely disturbing, and you’ll hear that De Niro laugh for a long time afterward. 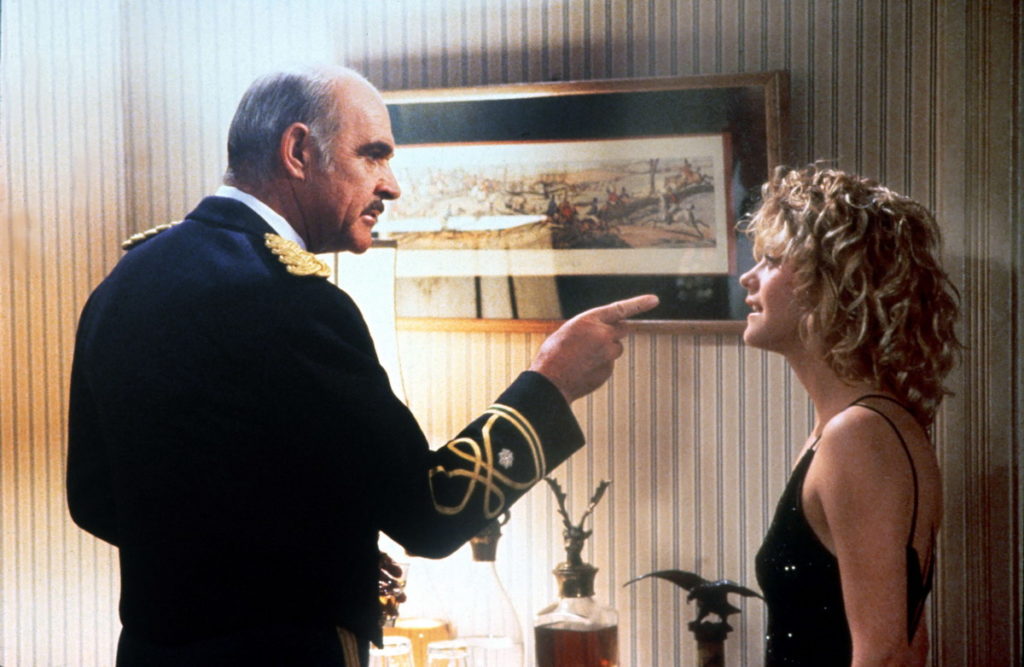 To really enjoy this one you’re going to need to be a connoisseur of one of three things: military base mysteries, 1980’s San Francisco, or early Meg Ryan. If, like some editors of this site, you check off all three boxes, then The Presidio is absolutely for you and is available to stream now. Mark Harmon plays a detective who returns to his old base at The Presidio to investigate a murder conspiracy, and also has to fall in love with the daughter (Ryan) of his old enemy, the hard-ass base commander (Sean Connery). This is Meg Ryan just before she knocked the world’s socks off in Joe Versus the Volcano. That’s what we all remember her best from, right? 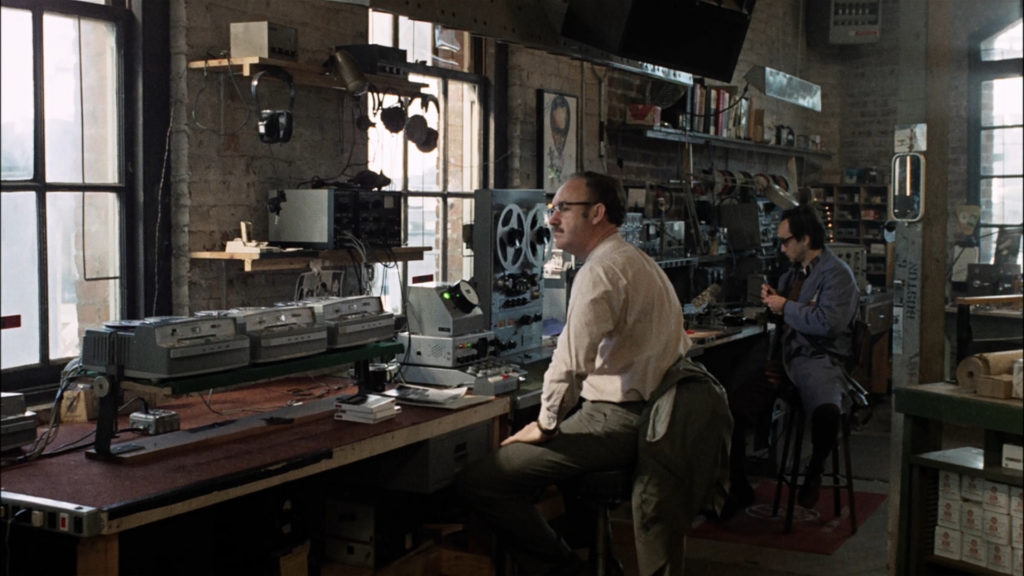 This ambiguous paean to voyeurism is all about the limits of knowing. When a surveillance expert (Gene Hackman) is hired to spy on a rich man’s errant wife, he suspects her of plotting a murder with her lover, and becomes obsessed with listening to a single recorded conversation between the two over and over again. This is perfect crime-film-as-metafiction, with layered interpretations of the same few words building throughout the film. It is also a beautifully shot exploration of surveillance and obsession, using the visual medium to the fullest. Plus it’s just so 1970’s. 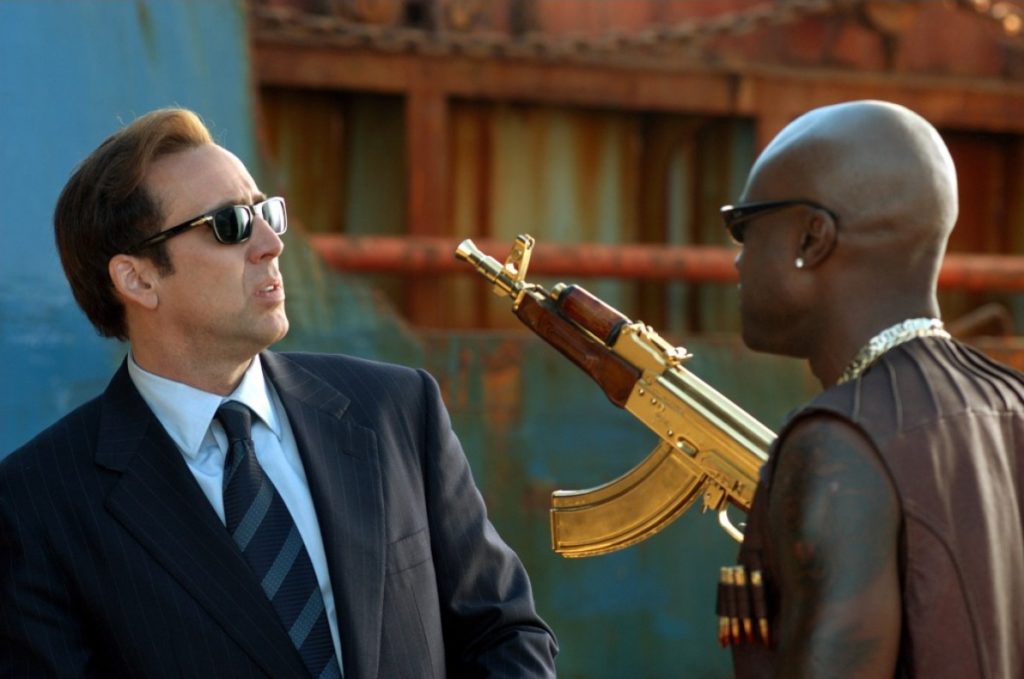 Probably this doesn’t deserve a spot on the list—let’s be very clear, it’s not a good movie—but if you’re in the mood for some Nicolas Cage lunacy and a dishy, irresponsible crime movie about gun trafficking, you might want to put Lord of War on in the background this weekend. The scenes in Brighton Beach / Little Odessa, the barnstorming tour through the former Soviet Union munitions factories, and the supporting performance from Jared Leto are all together pretty fun. 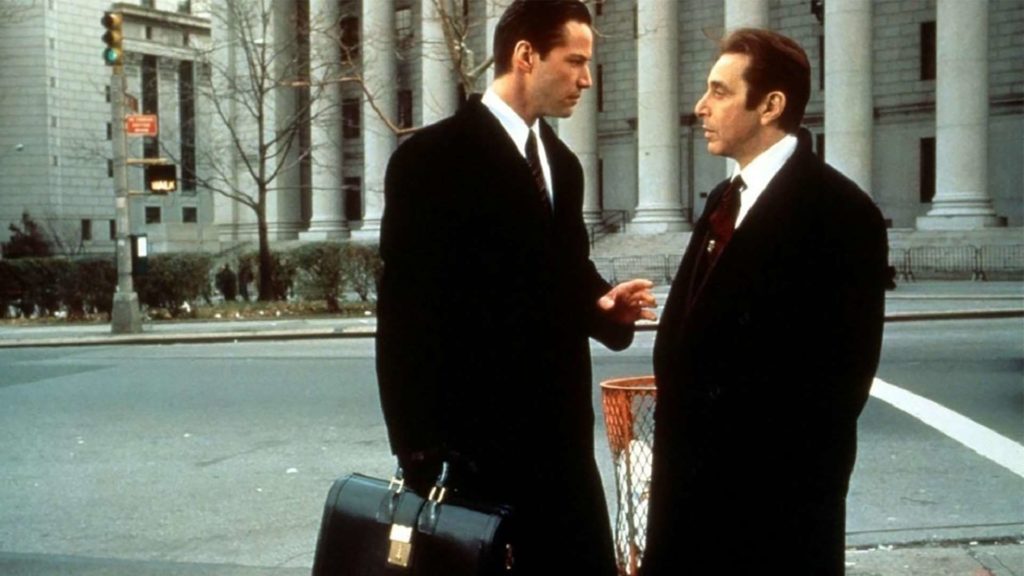 This 1997 flick turns from a legal thriller into a clinic in overacting and somewhere along the way attains, or nearly attains let’s say, status as a camp classic. Keanu Reeves is a hotshot young lawyer from Florida with a spotless litigation record who’s summoned to New York City to work at Al Pacino’s high-powered, evidently evil law firm at 666 Fifth Avenue. Charlize Theron, meanwhile, has a Rosemary’s Baby subplot going on. Reeves and Pacino are effectively acting in two different movies, but somehow, between all the speeches and the supernatural doings, they make music together. 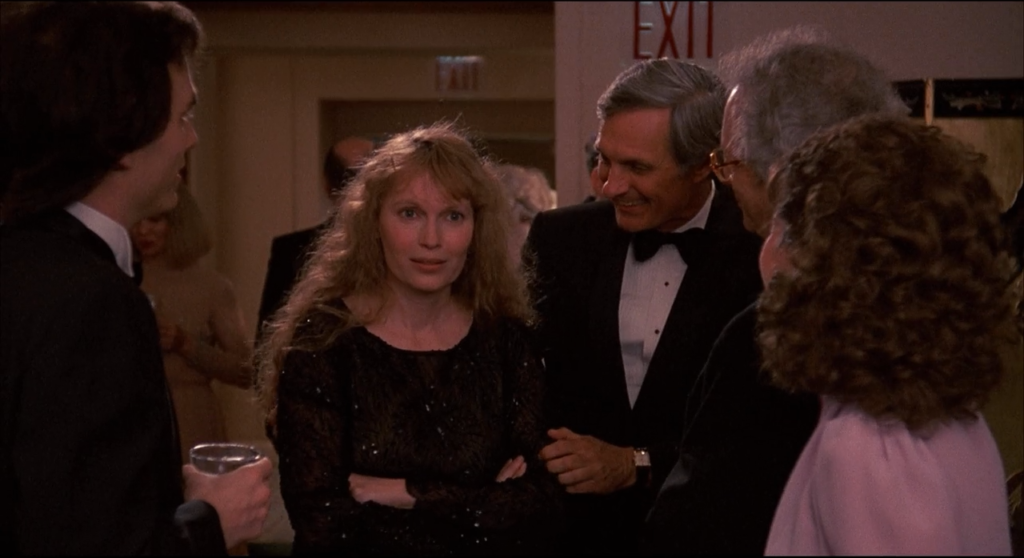 Look, it’s no fun to recommend Woody Allen movies, and by all means if you’d just as soon boycott them all, or even just the ones where the main characters plot to kill the women they’re sleeping with, more power to you. Alternately, you could watch this one with an eye solely on the fantastic performances from Mia Farrow and Angelica Houston, and if you have any attention leftover spend it on Martin Landau, Alan Alda, or even good ol’ Jerry Orbach. Anyway it’s on HBO now. Proceed with caution. 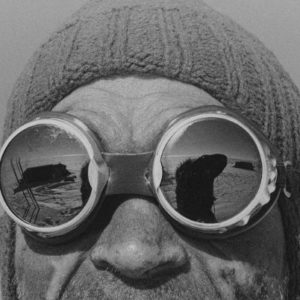 There's a familiar routine many of us go through whenever a new story by the writer David Grann comes out: we stop what we're...
© LitHub
Back to top