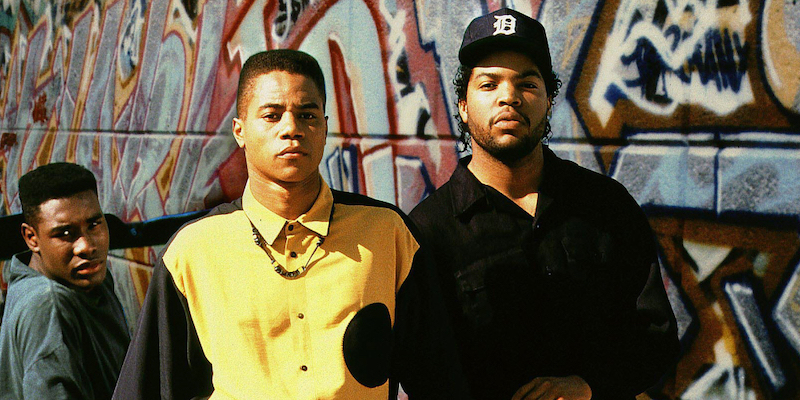 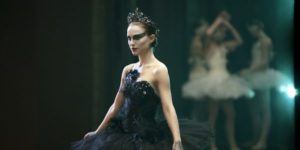 This movie is like Megan Abbott meets David Cronenberg meets All About Eve, and I remember seeing it when it came out around Christmastime in 2010, sitting alongside my family in a cramped theater. They didn’t know what they were getting into. Competitive NYC ballet as it’s imagined here is not exactly full of holiday cheer (though it’s similarly kitschy and hard to ignore). Natalie Portman is astounding as always as she confronts perfection and repression, competing against her alter-ego, who may or may not be Mila Kunis. Forget following the linear story line, this one’s all about the dream and its perversion, obsession, passion, the overwrought life of the ballerina. And it’s probably been years since you’ve thought of that horrifying scene where she rips her hangnail all the way to her knuckle like she’s peeling a piece of tape off a package. Sorry. 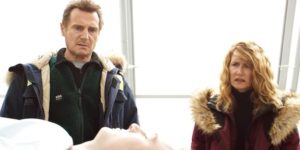 What is a “Liam Neeson thriller,” you ask? Why is he in all these revenge movies, and is the man himself a vigilante? We suspect he is, and while I’m generally not one for vengeance stories (I get it, people want payback; I’m just bored), Cold Pursuit has a psychological awareness many Neeson thrillers lack, and a mid-movie tonal shift that upends the typical revenge doctrine in favor of a more satirical story about its absurdity. It may tread in waters similar to Taken and Non-Stop and The Commuter, but its strange mix of self mocking and serious stakes (Neeson’s son was murdered by drug dealers) make for a viewing experience both pulpy and insightful. Plus Neeson drives a snow plough in deep Colorado, which makes for infinite ways to kill and dispose of a body. 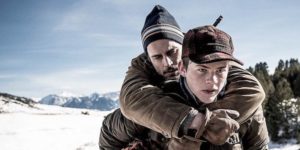 This under-appreciated indie movie is shot in the majestic mountains of Montana, where a teenage boy from the city is visiting his somewhat estranged father. The two embark on a tentative hunting trip that escalates into a survivalist thriller when the father suffers a life-threatening injury. Part Jack London, part father/son story, the two have no choice but to let down the facades that keep each other at arm’s length, exposing them to an unprecedented intimacy. Walking Out was overshadowed by the more popular Wind River, which came out the same year and takes place one state away in Wyoming, where the vast landscape is similarly snowy and inhospitable. But the suspense here—the utter unknowableness of the wilderness—yields a tenderness between father and son. Winter is coming. 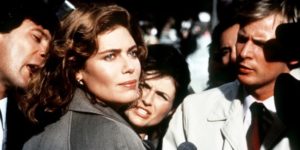 You may not have caught this courtroom drama when it came out in 1988, but it’s certainly no coincidence that it’s making a resurgence in 2019. Sarah Tobias (Jodie Foster)  is a young working-class woman who goes out drinking after having a fight with her boyfriend. At the bar (“The Mill,” eek), she is brutally raped by three men as revelers look on and cheer. The case is taken to the district attorney, who soon learns of Sarah’s risk-taking, party-loving reputation and proposes a plea bargain for the guilty men—“aggravated assault” instead of rape. The movie is about the relationship between Sarah, who in a sense is the titular target of accusation, and DA Kathryn Murphy, whose cynical legal perspective has hardened her to the experience of a young woman. Though it came out over 30 years ago, the story is somehow… timeless. 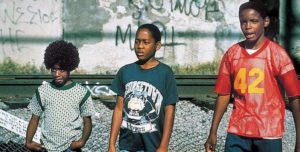 When Boyz n the Hood was nominated for two Oscars in 1992, 24-year-old wunderkind John Singleton became the youngest nominee in Oscar history, as well as the first African-American to be considered for Best Director. His magnum opus changed American cinema, depicting black lives on the big screen with nuance and sensitivity, and bringing issues of gang life, police violence, and gentrification to the forefront. The film follows three friends—half-brothers Ricky and Doughboy, an athlete and a budding gangster respectively, and their friend Tre—growing up in South Central LA, all trying to make it out alive. 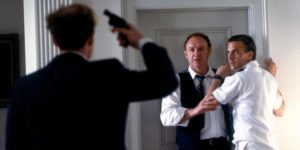 No Way Out (Hulu)

This remake of the classic noir The Big Clock brings Kenneth Fearing’s world into the ‘80s. It’s an erotic thriller dressed up as a political thriller, beginning with steamy limo sex, and then devolving into a misguided search for a nonexistent KGB agent. Intelligence officer Kevin Costner sleeps with the wrong woman, and before he knows it, she’s dead—at the hands of her other lover and Costner’s boss, Gene Hackman. Costner is tasked with tracking down the KGB sleeper who was purportedly seen leaving the scene of the crime (thus justifying the murder as a matter of national security). The only problem: the KGB agent Hackman is framing is Costner himself. Sean Young is the woman-pawn who dies in a kaflooey of male ego… It pairs well with a viewing of The Accused. 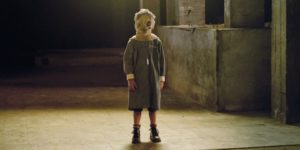 If you want to be spooked, look no further than Spanish filmmaker Juan Antonio Bayona’s horror flick, for The Orphanage is fear incarnate. Laura was once a happy orphan, if you’ll believe it. The years she spent in a Spanish orphanage were sunny—so sunny, in fact, that she decides to buy the place years later and move in with her husband and 7-year-old son, Simon. But when Simon mysteriously disappears, spirits from the orphanage past begin to speak to Laura, suggesting her cheerful memories are no more than a protective shield against the real traumas of her childhood. There, a Halloween kicker for you. 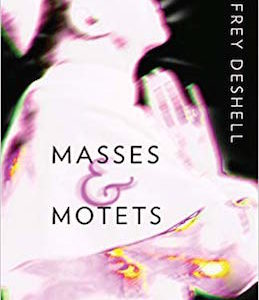 Maybe this sparseness wasn’t unusual, maybe they all lived like this, with few personal possessions, with nothing to tie them...
© LitHub
Back to top