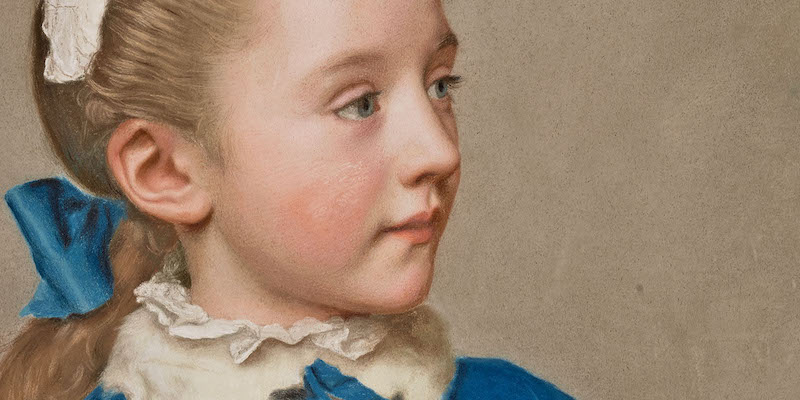 Does it take a tragic event to truly grow up?

My children are growing up.

It shouldn’t be a surprise—it’s what they’re meant to do, after all—but still, sometimes, it is. My youngest can now reach the glasses on the high shelf, and my eldest can wear his father’s trainers (and frequently does, to much irritation). My children do their growing both overtly and covertly: sometimes, I see an incremental difference from one day to the next, and yet at other times, they suddenly lurch into a much larger version of themselves, leaving me blinking bemusedly at the change. How can I have missed it? I wonder, whilst marveling at this new form that I must now come to terms with. What else might I miss if I’m not more careful?

I can tell you the exact day I grew up. And when I write that, you understand that I mean something quite different from finished growing; the day I grew up had nothing at all to do with whether my limbs had stretched themselves to their fullest potential. The infinite nuance of the English language allows us to understand that I grew up at the foot of the Highlands means something different to I grew up on 13th March 1996. Though in my case, both are true.

In high school, we read Sunset Song, by Lewis Grassic Gibbon. A Scottish novel—possibly the Scottish novel—to be read by Scots in a school at the foot of the Highlands; I was thus entirely primed to love it, but in the event, the word love was wholly inadequate. Even now, I can’t think of that novel without feeling the same wordless yearning inside—an ache that can’t be eased, only a step away from desperate, useless tears—as when I first read it. At the time, I was particularly caught by one passage:

…something died in your heart and went down to lie with her in Kinraddie kirkyard—the child in your heart died then, the bairn that believed the hills were made for its play, every road set fair with its warning posts, hands ready to snatch you back from the brink of danger when the play grew over-rough.

I read it again and again, that passage; even now, I can recite it by memory. When I first encountered it, my arms and legs were already as long as they ever would be, my mind developed enough to truly appreciate the beauty in the writing and (I thought) to comprehend the meaning. But I didn’t truly understand it; not yet. I was still a child.

When I embark on a writing project, my characters come to tell me their backstory. Very little of it—perhaps none—might be referred to in the final draft, but it’s there nonetheless, hiding in the decisions that each character makes, driving their reaction to every event. They tell me, these characters, of past incidents, big and small: the people they’ve lost, the resentments that still burn; their shame, their guilt, and their quiet joys and loves. They tell me how they grew to be themselves.

My own backstory, then. I was nineteen, and back in my childhood home for the Easter break from university. I woke late and wandered downstairs in a lemon-yellow dressing gown, turning on the television as I munched a bowl of cereal. Then the awfulness began to reveal itself. 13th March 1996 is a date that means something to many people, but to save the rest of you from a Google search, I will tell you that 13th March 1996 was the date of the last school shooting in the UK, which took place in a primary school in the very community in which I awoke that morning—in which I had attended high school, in which my teenaged self had wandered freely, child-like, with passages of Sunset Song echoing in her head. Before that date, I was the bairn that believed the hills were made for its play. Afterwards, no more. Sixteen five-year-olds no longer had a future: how could anyone still believe the hills were made for playing?

I went back to my college in Oxford with a hollowness inside that felt too big for my body to contain. Surely it must have been spilling out of my eyes, into my words, but I don’t remember. I do remember that word must have spread fast as to where I grew up: many people, students and staff alike, came up to me to express their own sorrow, as if I was a direct family member of one of the murdered children. This was before Facebook, Instagram or any other platform on which people could post condolences and express their shock and horror, so instead they expressed it to me. I didn’t know what to say, and whatever I did murmur felt wholly inadequate. I didn’t understand then that my words were unimportant: for them, the solace was in having spoken at all. As time went on, if asked from whence I came (a common enough question put to those with a pronounced accent), I took to stepping delicately around the answer, sidling away from the point. About forty miles from both Glasgow and Edinburgh, I would answer. Or Just a wee bit north of Stirling. There are certain placenames that lead inexorably to certain conversations, and I wasn’t equipped for those. I’m still not. The habit has stuck.

Does it take a tragic event to truly grow up? I have heard others say that, for them, it was the death of a parent that did it. When my youngest was quite little my husband’s grandmother died. I lay beside his small form in his bed that night, answering questions. He knew who she was, or had been, but he hadn’t yet made all the connections: she was a grandmother, yes, but whose mother had she been? I explained: the mother of my mother-in-law—Lila, to him. He took that in and turned it over for a moment or two, then asked solemnly, But if Lila’s mother is gone, who is going to look after Lila? I explained that Lila is a grown-up, that she doesn’t need looking after. He absorbed that too, and then in the way that children have, of repeating something in their own words to make sure they’ve understood, he said, And Nanny is your mother, so if she dies, that’s alright, because you’re a grown up. Stifling my laughter, and already envisaging how tickled my mother would be when told of this entirely logical little exchange, I managed to point out that, whilst he was right, nevertheless I’d still be rather upset about it.

In fact, my mother died last year—not unexpected, given the progression of her Alzheimer’s, yet somehow also a surprise—and I thought back to that exchange. Would the grief have affected me differently if I hadn’t already lived through other griefs? If I hadn’t already grown up?

She did laugh, my mother, when I told her what my youngest had said. She laughed and laughed, as I knew she would.

It took a long time, after the date on which I grew up, to learn to cope with the terrible new knowledge I possessed: that there are no guarantees in life; that things really might not work out. People say: Plan for the worst, hope for the best. The first part, the planning, is the easiest. It’s the optimism that’s a little harder. For years afterwards, when people said: It will be alright, I had to fight the urge to say: No, no, it won’t. Not for all of us.

What would I have done, if one of my characters had come to me with a backstory like my own? Handled it clumsily, I suspect. Descended into cliché. Focussed so much on the darkness that I would have missed everything else the character was telling me, all the other things that happened to them, the strands of light that countered the shadows. I might have forgotten to look where all the most interesting stories lie, in the shades of grey.

My children are growing up.

But even having children is the ultimate act of optimism. How could you bring a child into the world if you truly believed there was no hope? What parent hasn’t told their child, It will be alright? I know I have. What else am I supposed to say to a small child—no, no, it won’t; not for all of us? It’s unthinkable: I’d managed not to say it back then, to adults; I could hardly say it now to a child. And, in truth, every time I tell my sons It will be alright, I believe it a little more; the pendulum swings back a fraction with each utterance. Perhaps I am reversing, growing down as my children grow up. Or perhaps this is just a reflection of the difference between the characters in my head and real people: the character’s backstories are finite and unchanging—they end when the novel begins—but every day we real humans add to ours. We start each new day, each new story, a different person to the day before. There’s an optimism in that too. 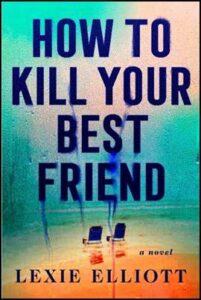 Lexie Elliott is author of the new novel, How to Kill Your Best Friend. She grew up in Scotland, at the foot of the Highlands. She graduated from Oxford University, where she obtained a doctorate in theoretical physics. A keen sportswoman, she works in fund management in London, where she lives with her husband and two sons.

Five Psychological Thrillers You Should Read This Month 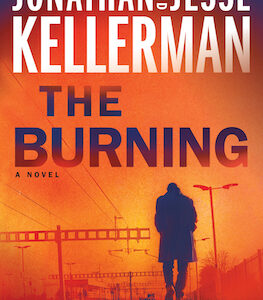 Monday. Nineteen hours in the dark. The dead man lived up the hill. We could have walked, if the world wasn’t ending...
© LitHub
Back to top