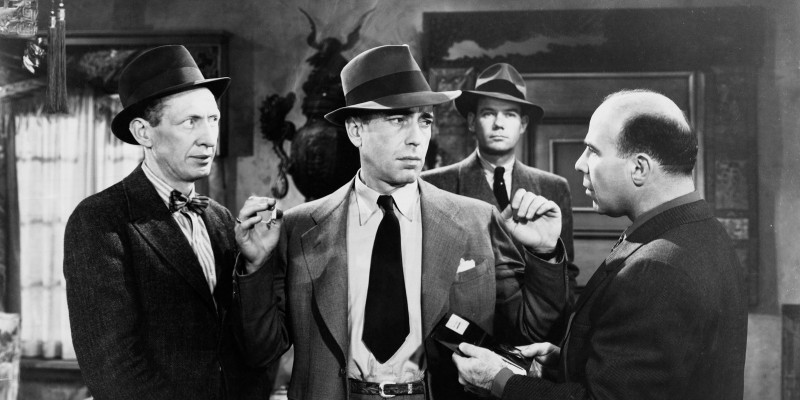 I didn’t set out to write mysteries. Until my early twenties, I was a poet. Then I entered law school and Euterpe—Greek muse of lyric poetry—took one look around and declared, “I’m outta here.” The poetry dried up but the compulsion to write did not. So, my impulsive twenty-two-year old self decided, “I’ll write a novel!” Only, I had no idea how.

Maybe I was reading one when it occurred to me that writing a mystery could teach me how to write fiction. Mysteries required plots, characters and snappy dialogue. And I’d get to kill someone! Perfect. Let’s write a mystery. To prepare myself, I did a critical reading of the masters of American noir. Trained as a poet, I thought in metaphors, and at some point, I had a revelation: the private eye in noir fiction was a perfect metaphor for how gay men navigated the “normal” world where both were outsiders.

Take Philip Marlowe, Raymond Chandler’s private eye. Marlowe was as alienated from mainstream society as the hero of any French existentialist novel. Still, for all his tough talk and occasional resort to violence, he was an honorable man. He embodied the virtues society pretended to value—loyalty, courage, integrity—but seldom displayed. His occupation made him the object of respectable society’s contempt. Yet he was the person respectable society turned to in times of trouble. It was to him whom its members revealed their squalid secrets, giving him a ringside seat to their hypocrisies. Though cynical, he was principled and operated by a strict code of conduct. As Chandler famously wrote about him, “down these mean streets a man must go who is not himself mean, who is neither tarnished, nor afraid. . .He must be the best man in his world and a good enough man for any world.”

Gee, I thought, who does that remind me of? Oh, right, me.

Like Marlowe, my inner experience of myself as a decent person was at odds with society’s stereotypes of gay men and the contempt in which it held us. Then too, like Marlowe, I was privy to many of society’s hypocrisies and dirty little secrets. Gay men were portrayed as sexual predators who preyed especially on children, but as a prosecutor in Los Angeles, I observed that the vast majority of sexual predators—child molesters, rapists—were heterosexual men. Gay men were said to hate women but the battered women who showed up in my courtrooms had been beaten by their husbands and boyfriends. Finally, like Marlowe, while cynical, I was not a nihilist. I believed justice and the equal protection of laws were goals worth striving for. Indeed, I could not have continued to practice law had I not retained this idealism.

I transferred my outsider consciousness and my tattered but unshakeable idealism to my fictional character and gave him a murder to solve. Thus was Henry Rios born.

There was, however, a fundamental difference between Rios and classic noir PIs like Marlowe. They were standard, early twentieth century straight, white American men of middle-class backgrounds. If they lived on the fringe of respectable society, it was as a matter of temperament and choice. But Rios was gay. His outsider status was imposed on him by a society that pathologized and criminalized a fundamental aspect of his humanity.

Like Marlowe, my inner experience of myself as a decent person was at odds with society’s stereotypes of gay men and the contempt in which it held us. Then too, like Marlowe, I was privy to many of society’s hypocrisies and dirty little secrets.

When I began writing the first novel, in the summer of 1980, more than half the states had sodomy laws that made it a crime—sometimes a felony punishable by prison time—for men to have consensual sex. Gay people were, of course, banned from military service. There existed no legal recognition of any kind for their relationships. In every state, you could be fired, denied a place to live and have your children taken away from you because you were gay or lesbian and you had no legal recourse. True, there were a few large cities like San Francisco, Los Angeles, Chicago and New York where gay people had achieved a modest amount of political influence but these were islands of refuge in a sea of oppression. And then, of course, in the early 80’s, the tsunami of AIDS came crashing down and gay men were looking at actual, physical extinction. These were the “mean streets” Rios had to navigate.

In my experience, mystery readers are unusually intelligent, open-minded and discerning. Of course, they want a satisfying puzzle of a plot, but they also appreciate fine writing and complex characters. They embrace characters who live very different lives than their own. In the 1990s, they embraced Rios, just as they embraced Walter Mosley’s Easy Rawlins and Sara Paretsky’s V.I. Warshawski. In classic noir, the sissy fag, the stereotypic Negro, the femme fatale had been caricatured and mocked. But now, these marginal figures were reimagined and took center stage to tell their stories in their own voices and mystery readers took them to heart.

Every Rios novel save the first one had the AIDS epidemic as its backdrop. By the time I got to Rag and Bone (2000), I was, like so many others, burned out by the epidemic. I ended the series. For me, separating myself from Rios was a way to separate myself from the trauma of AIDS and make a fresh start. I moved from Los Angeles to San Francisco, focused on my legal career and worked on an historical novel set in Mexico just before the 1910 Revolution (The City of Palaces, 2015.) But Rios did not go away. The books remained in print and a new generation of queer and Latinx scholars discovered him, taught the books and wrote about them.

If you live long enough, your personal past becomes history and history begins to repeat itself. The 80’s and 90’s are as remote from younger generations as the Great Depression and World War II were from mine. For them, the AIDS epidemic is largely an historical event. The oppressive world I grew up in has given way to an era of greater acceptance of queer people where marriage equality—unimaginable back then—is the law of the land. Simultaneously, however, the forces of reaction we fought against have become stronger and more violent and every form of bigotry is being empowered from the top. The fusion of these events—the fading into history of my past and the powerful resurgence of the extreme right—led me to revive Henry Rios and write Carved in Bone.

I began writing Carved in Bone the day after the 2016 Presidential election. The book is set in San Francisco in November, 1984, a few days after Ronald Reagan’s re-election. Rios, three months sober, is shakily attempting to rebuild his life. Desperate for work, he takes a part-time job working as a death claims investigator for an insurance company. He’s assigned to investigate the apparently accidental death of Bill Ryan who asphyxiated in his Castro district home as the result of a leaky gas line. Ryan belonged to the generation of young gay refugees who, in the 1970s, came to San Francisco and created a vibrant and powerful gay community which is now haunted by the specter of AIDS. As he looks into the circumstances of Ryan’s death, Rios concludes it was not an accident. The story goes on from there.

I set Carved in Bone in 1984 for a couple of reasons. First, to bear witness to that past as someone who lived through it before it passes entirely into history. Second, as we live through this dark time, I wanted readers to remember we have lived through and survived other times that seemed as hopeless and desperate, albeit with great losses on the way. Lastly, the very date—1984—has its own resonance.

But I hope readers will see that Rios, himself, is not a figure of the past. If anything, this gay, Mexican-American, son of immigrants remains a standard bearer for a possible future, a just and inclusive future, and, as such, is more relevant now than when he first appeared thirty years ago. 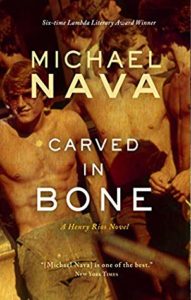 10 Books You Should Read in October 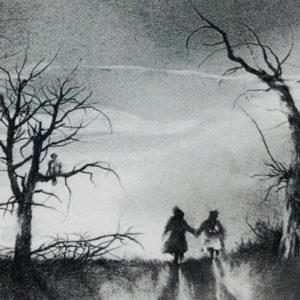 Scary Stories to Tell in the Dark was the most popular book to check out in my elementary school library, much to the dismay...
© LitHub
Back to top