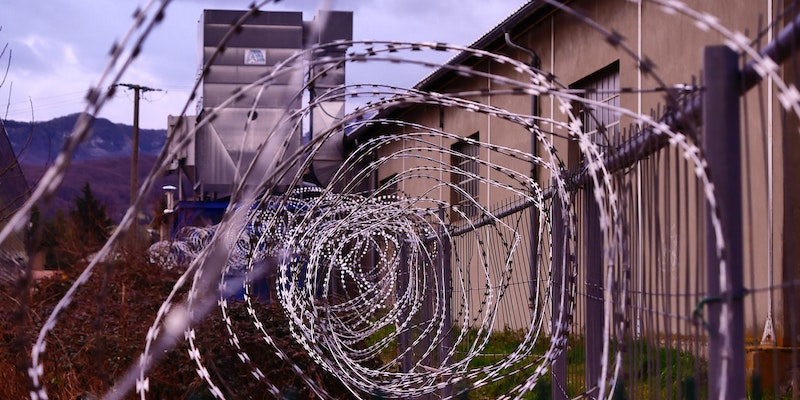 On Domestic Violence and Women in Prison

When women defend themselves against abusers, they often end up in prison—or find themselves labeled as "insane".

Long ago when I was a young photojournalist for the Mississippi Press, I was assigned to cover the Mississippi Legislature. At the time there were a number of newly elected representatives and senators who had vowed to reform the Mississippi State Penitentiary at Parchman. At the time, in the 1970s, Parchman had a hard reputation as one of the most brutal prisons in the nation. The penitentiary was an 18,000 acre “farm” where inmates worked. (In the past convicts had been leased out for hard labor in swampy areas that killed many.)

At times, Parchman raised produce for all the state prisons and some state hospitals. Cotton was also a big crop. The prison was notorious for brutality, along with other state prisons like Angola in Louisiana and Huntsville in Texas. A class action law suit and the newly elected “reform” officials decided that bringing in journalists to document the conditions would be a good thing and would help gain the public’s support to bring about much needed change.

I was one of those journalists.

As a female, I had a white strip sewn on my jeans to signify that I was an inmate and was allowed to join in with the female prisoners. Needless to say, no one was fooled into believing I was really a convict—I was far too young and green to pull that off. But for several days, I lived the inmate life. And I did my best to understand the complicated workings and hierarchy of the prison and the different roles of the inmates.

It was during this stay that I met an inmate named Ruby. I never learned her last name. Prisoners are often unwilling to share their stories or talk about their lives, but Ruby, an older woman who’d been serving time for a while, was the exception.

While we were picking up cigarette butts (our job for the day), staring across acres and acres of cotton, Ruby told me her story.

I don’t remember if Ruby said where she was from, but it didn’t really matter. Her story was familiar to every small town, big city, community and rural backwoods road, though I didn’t know that at the time.

Whatever the name of the small Delta town she’d been raised in, she’d followed the usual course for young women in the rural South. She married, and she married young. That was a decision that would send her life cascading down a road that led straight to Parchman.

The man she married, and stayed married to for a long time, was a savage abuser. She never said his name, and the one thing I’d learned in prison was to listen, not to ask questions. Ruby would tell her story in her own time.

She had children. She cooked and cleaned and raised her babies. She had a garden—and she loved to garden. She lived in the country and stayed at home. Rub washed and ironed his husband’s shirts, but sometimes no matter how perfect they were, he beat her. Dinner could be exactly what he asked for, but by six o’clock when he’d had a few drinks, it wasn’t good enough, and he beat her. He beat her if it rained. He beat her if the sun shined. The fact was, he held ultimate power over her and he loved that because he could beat her on a whim.

He used belts, brushes boards, his hand, and he beat her savagely. Again and again.

One night he beat her with a dog chain and she crawled under the kitchen table to ward off the blows. He stepped outside for another bottle of whiskey and she found a kitchen knife. When he came back to drag her out from under the table and beat her some more, she stabbed him in the leg, brought him down and stabbed him again. Repeatedly. Until he was dead.

Ruby was convicted of murder and sentenced to life at Parchman.

This was my first real exposure to spousal abuse. I look back and know that at least some of my school mates must have witnessed this horror, but it was never talked about. My mother was a journalist, too, and sometimes women would should up at the back door and be ushered in to the kitchen table where they would whisper and cry, and my mother would help them make a plan. We knew never to speak of who showed up and we never asked the details.

It would be another decade before The Burning Bed starring Farrah Fawcett was made into a movie that shocked an entire nation. The movie was based on Faith McNulty’s book of the same title.

As naïve as I was, it was clear to me that Ruby’s conviction was a terrible injustice. I boldly told her that there were lawyers who could get her conviction overturned. That I would help her find one. That she’d only defended herself and being charged and convicted of murder was a miscarriage of justice. I would move mountains to find justice for her.

And she told me to leave it alone. Ruby didn’t mind prison. She liked the routine. She had food, shelter, and a bed. That was more than she expected from the outside world. She had no idea where her children were, and she didn’t have the resources to look for them. They’d stopped writing or visiting long ago.

It was a harsh awakening for me. I’d seen wrecks, fires, suicides, drownings—the typical fare of daily newspapers at the time. I’d thought myself worldly, but I realized I wasn’t.

Domestic abuse was not talked about when and where I was growing up. Killing a man who was beating you to within an inch of your life wasn’t a legitimate legal defense, at least in front of a judge and jury. This was personal business handled in the home, and without a homicide attached to it. The man rules his home and the law didn’t interfere.

It was the burning bed, the story of housewife Francine Hughes, that brought attention to the plight of so many women. Ms. Hughes, who died in 2017 in Alabama, sought help from the abuse her husband inflicted on her, but there was no help. No one would listen. No one would intervene. She knew he was going to kill her. Finally, she set fire to her husband while he was sleeping in bed and killed him. She was found not guilty of the crime by reason of insanity. Not justifiable self-defense, but insanity.

Today some of my friends have gone through this same type of abuse. Divorce is now an option. There are places a woman can escape to and hide. Sometimes there are law officers who are willing to step forward and press charges. But that wasn’t always the case, and still isn’t in some areas. Women who left their husbands were near pariahs in small towns.

Many women today live the single life, but that wasn’t an option for a lot of women economically through the 1970s. Pay and jobs were often hard to find, and if a woman had children, she was trapped.

INDEPENDENT BONES touches on some of these topics, and on “some men who just need killin’.” In fact, Sarah Booth Delaney is an independent woman who celebrates her single status (kind of like her creator!) 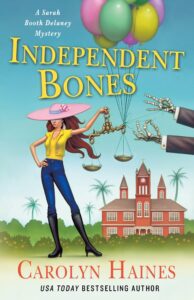 Carolyn Haines is the USA Today bestselling author of the Sarah Booth Delaney mystery series and a number of other books in mystery and crime, including the Pluto's Snitch paranormal-historical mystery series, and Trouble, the black cat detective romantic suspense books. She is the recipient of the Harper Lee Award for Distinguished Writing, the Richard Wright Award for Literary Excellence, and the Mississippi Writers Guild Lifetime Achievement Award. She is a former journalist, bartender, photographer, farmhand, and college professor and lives on a farm where she works with rescue cats, dogs, and horses. Her latest mystery, Independent Bones, is now available from Minotaur Books. 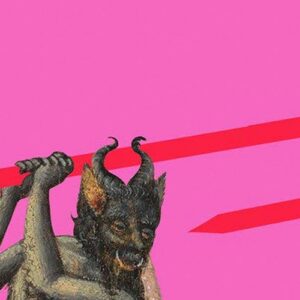 Another week, another batch of books for your TBR pile. Happy reading, folks. * Ben Winters, The Quiet Boy (Mulholland) “Winters...
© LitHub
Back to top