"If I saw the beauty in Barcelona, I also saw the shadows."

Sometimes the world says, You love this. I’m going to take it away from you.

That cruelty can prove a source of inspiration.

In September 2004 I moved to Barcelona with my wife and daughter. We lived in an area called Sarrià. Once a village, it was swallowed up by the city when the city expanded in the 1920s, but the streets and buildings date from long before. We rented an eighteenth-century stone house that was actually two small houses, joined together by a covered walkway and a tiled courtyard. It started life as a match factory. There was a ghost—a young girl in a white dress, like a wisp of smoke. I never saw her, though my wife and daughter did. I heard her once, walking across the balcony at two in the morning, her footsteps tilting the loose flagstones on the terrace outside my bedroom.

I fell for the city right away. The enamelled blue of the sky, light so clear the buildings seemed to have sharp edges. In the winter, the air had an edge of iron about it, a subtle hint of snow; I felt I could smell the Pyrenees, even though they were one hundred and fifty miles away. In the summer, the stale, slightly medieval smell of drains contrasted with the fragrance blossoming from the jasmine and frangipani in people’s gardens. I loved the humid heat, the taste of the garlic mayonnaise served with patatas bravas, the whole idea of a city by the sea. I loved not wearing socks for weeks on end. I even loved the ghost we lived with. In Barcelona, the ordinary things were magical, a source of pleasure. I only had to step out of my front door and my heart would lift.

There was also, unusually for a city, a deep connection with the natural world. Wild boar would amble down from the Collserola, the thickly wooded hills to the west. They would root about in people’s dustbins or feast on the leftovers at the back of restaurants. Green parrots screeched from one palm tree to another. Once, I saw an old man get on to a bus and dump a big bunch of mint in the dish where the bus fare would usually be placed. He had picked the wild mint himself. It was a present for the busdriver. The city’s life seemed governed by the seasons. In tune with them. There were the sandy beaches of the Costa Brava in the summer, the snow-capped mountains in the winter. We picked mushrooms in the autumn and wild asparagus in the spring. Between December and March calçots came into season. They’re like a cross between a spring onion and a leek. On Sundays, we would meet up with other friends who had young children and we would walk to a restaurant set deep in the Collserola. You’d see smoke from the grilled meat rising above the trees. You’d smell the restaurant before you saw it.

We’d order red wine and calçots with romesco sauce. It would be dark by the time we left, and we’d walk back through the woods by torchlight.

I became an FC Barcelona fan. I watched the matches in Gerbard, a small bar two minutes from where I lived. I became friends with Nacho and Mar, who ran the place. They served little plates of meatballs, pimientos de padron, and anchovies. A glass of white wine cost €1.25. Sometimes, I went to the Camp Nou, Barça’s 99,000-seater stadium. On the night of a game, there was always a thrill to the air—the streets packed with fans on motorbikes, the scratchy feel of a 10-euro Barça scarf around my neck, a hot dog with fried onions at half-time. I had a friend with seats on the front row, so close to the pitch that you could smell the grass. It was an era when Barcelona were playing the most beautiful football on the planet. I saw Messi play. I saw Ronaldinho.

You could spend a lifetime exploring the centre of the city, but I was also drawn to areas that were less obvious, more obscure—areas no tourists and most residents would ever visit. I would choose a subway line at random and travel to the last stop—stations like Fondo, Bellvitge, Vallvidrera, Gorg or Can Zam. I found places where sophisticated urbanization faded into run-down concrete apartment blocks and burnt-out cars, areas of weed-choked waste-ground and pale dust. I saw a different Barcelona, not scenic, but full of atmosphere, and just as rich and real.

I often have a sense of liberation when I’m in a place I don’t come from, a place where I’m not fluent in the language. It’s something to do with not understanding everything, having to reach for meaning. You’re ignorant, and you have no choice but to learn. It might sound paradoxical, but I become more curious, and more engaged. When you put yourself in that kind of situation, nothing can ever taken for granted. It’s the perfect state of mind for someone who writes fiction. If you’re taking things for granted, you’re really not paying attention. As Joy Williams says, “Everything exists to teach”. Part of what makes fiction great is the quality of the perception in a text—the degree to which the writer not only looks, but sees.

I had been living in Barcelona for four years when Lehmann Brothers collapsed. Not long afterwards, the pound fell sharply against the euro. For me, the cost of living went up thirty per cent almost overnight. That included everything from milk to rent. We had to downsize, moving from the haunted match factory to a small two-bedroom apartment. My daughter was devastated. We were still living in Sarrià—we had only moved round the corner—but she would always avoid walking down Bonaplata, the street where we used to live. We clung on in Barcelona for another year, but it was clear that we would have to leave. At that time, I was writing in a room on the ground floor of a convent in Can Caralleu, at the back of the city. My walk home at the end of a day’s work took me down three hills. When I left my office in the early evening, I could see the whole of the city laid out below me, half in shadow, half in sun. The sea lay beyond, a sheet of blue. During my last weeks, those walks took on an exquisite poignancy.

Remember this, I used to tell myself. Burn it all into your mind. Soon you won’t see it any more.

In those final days, the summer of 2010, I decided to write about Barcelona—to try to capture the place where I had been so happy. I had no idea what I would write. My mind was empty. In my first year in the city, I worked in a room above an underground car-park. The room must once have been a classroom, as it was about thirty feet by thirty feet, with a blackboard fixed along one wall. There were no windows. I had to keep the door open, otherwise I would begin to feel as if I couldn’t breathe. The acoustics in the room were unusual, even eerie. As I sat at my table in the corner, I would hear someone cough or whistle, or the jingle of keys in someone’s hand. In each case, the sound was so clear that I felt the people were in the room with me. At the beginning, I would look round, expecting to see someone in the doorway. But they would be a whole level below me, in the underground car-park, hundreds of feet away…As I began to write, I imagined an English woman moving into an apartment above an underground car-park. One night, she’s woken by the sound of someone crying. A man, she thinks. It sounds so close that he could be in the apartment with her, but she knows it’s coming from the carpark underneath her building. She gets dressed and goes to investigate. The story begins…

If I saw the beauty in Barcelona, I also saw the shadows. During the Francoist Repression, when so many Catalans were killed, the Catalan language was outlawed and many Catalan institutions were dismantled. Understandably, perhaps, given the history, Catalan people feel their culture is under threat. They can be hyper-sensitive and over-protective, and there were times when I saw those tendencies shade into suspicion and fear of the other, and even into blatant xenophobia and racism. Immigrants make easy targets. They come from outside. They look different. And, in a peculiarly local twist, they often put themselves at an additional disadvantage by learning Spanish—castellano, as Catalans call it—thereby eroding the Catalan language and its culture still further. In a melting-pot like London, where I live now, immigrants don’t stand out, since less than half the resident population is white. In Barcelona, immigrants are much more visible. A highly-qualified Indian friend of mine was regularly mistaken for someone’s maid. Taxis would refuse to stop. A neighbor once told her to take out his rubbish.

So who, I wondered, was the man crying in an underground car-park in the middle of the night? He would be young, I thought. He would be Moroccan. He would be smartly dressed, as if for an evening out. What if he was the victim of a sexual assault? That would explain the deep distress, the tears. The shame. To make him an undocumented immigrant seemed obvious, since undocumented immigrants are both desperate and vulnerable, and have no recourse to the law. As a result, they are all too easy to exploit. Given the context, the crime committed against him felt realistic and true, and I decided early on that it would cast a shadow throughout the book, a shadow that seemed all the stronger for existing in that city of bright sunlight.

As Flannery O’Connor said, “Fiction operates through the senses”. You can’t create a sense of place without using sound, smell, touch, taste, and color, but when I look again at what I wrote I sometimes wonder if my love for Barcelona gave my evocation of the city a subtle new dimension. I seem to be accessing some mysterious sixth sense. It’s the feeling of being there, a feeling as elusive and ungraspable as mist or mercury.

So much of what a writer does is intuitive. So much of what goes into a book remains a mystery. When I started writing Barcelona Dreaming, the characters that came to me weren’t characters I knew, or even expected. The stories that came to me weren’t stories I knew. I sometimes had the feeling the city was telling me its secrets. The city realized I loved it, and it trusted me, and so it spoke to me. Is that far-fetched?

Ridiculous? I don’t know. All I know is that I listened carefully, and I transcribed. It felt as if the stories I wrote were the stories the city wanted to tell. It still feels that way. 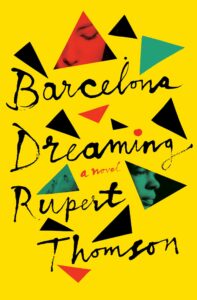 Rupert Thomson was born in Eastbourne, East Sussex, England, and studied Medieval History and Political Thought at the University of Cambridge. His highly acclaimed works include novels Secrecy, The Five Gates of Hell, Death of a Murderer, The Book of Revelation, Soft!, and The Insult, and a memoir, This Party’s Got to Stop. In 2015, Thomson was named a fellow of the Royal Society of Literature. He lives in London. 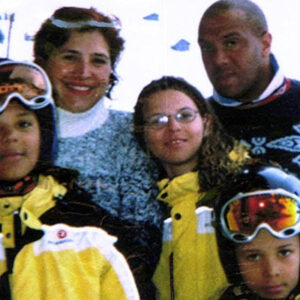 “L’affaire Flactif,” as it is known in France—the Flactif case—was one of the most terrifying murders that France...
© LitHub
Back to top