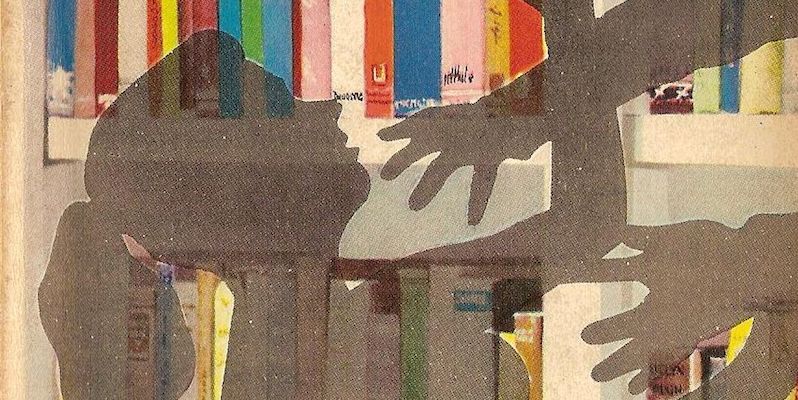 Should There Be Such Thing As A "Comfortable" Murder Mystery?

I grew up on a mixture of country-house murders (mostly favored by my mother) and science fiction and spy thrillers (my dad’s choice). Occasionally, when visiting my grandparents, I would also pick up an adventure romance by Mary Stewart, or some Neville Shute. But for a good year or two, I worked my way through Agatha Christie’s works one by one, and reveled in them.

And then, of course, finishing those, I moved on to other writers. Dorothy Sayers became a huge favorite, and I discovered a love of fantasy. Newer crime writers displaced the older, with Dick Francis, John Grisham and the like elbowing the others aside. But I’ve always felt that Agatha Christie was formative.

It was only a few weeks ago, whilst suffering from bronchitis and feeling in need of some comfort, that I decided to pick up an Agatha Christie once again. I knew exactly what I wanted. Something without gore. Something that wasn’t disturbing. A book with a gentle sort of mystery that drew me in.

4.50 from Paddington sounded promising. I had a copy that had been hanging around for a while unread, and of unknown origins. It’s plastic-bound and looks like it might once have been a library book, which always makes me feel uncomfortable. Fingers crossed, it came from a library sale. What particularly appealed was that I’d never read it, and that meant the maximum distraction whilst trying to figure out whodunnit.

The plot made me wonder whether 4.50 from Paddington had been the inspiration behind The Girl on the Train. A woman witnesses a murder whilst a train is parallel with hers, but is not believed by the police. Though at this point, our witness becomes unimportant. Miss Marple steps in, employing a young woman to help her find the body, before solving the mystery. And of course, that mystery ends up playing out in a country house where a family may or may not be murderously intent on an inheritance from a cantankerous elderly man.

Was this really what happened in Agatha Christie? Surely she wasn’t quite so casual about death. Even for a wartime and then post-war writer such as Christie, this seemed excessive.

None of the fairly entertaining story really surprised me until two schoolboys asked to see the body.

Inspector Bacon turned. Two boys had arrived, breathless, on bicycles. Their faces were full of eager pleading.  “Please, sir, can we see the body?”

The surprising thing is not that they wanted to see it, but the indulgent attitude of the police, who smiled and let them go and have a look. The newly-discovered corpse of a young woman, whose life was tragically cut short, was seen as a treat for these two young men.

It was a sit-up-straight moment. Was this really what happened in Agatha Christie? Surely she wasn’t quite so casual about death. Even for a wartime and then post-war writer such as Christie, this seemed excessive. Where death was much more an accepted fact of life, was there no sense of sadness about it? Or of respect for the dead? Was the victim really so unimportant?

As I read on, it became apparent that the victim of this work was of no importance at all. She was given the vaguest of back-stories. She had been a dancer in Paris, and had apparently left to go on a cruise. She was not missed, and she had nobody to mourn her. Her story was, in fact, profoundly unimportant. The only story of real significance was the story of her killer. He, unlike the victim, had a voice. He had a chance to justify himself, and a narrative that was all his own. He had agency, and a personality that the victim absolutely lacked.

It was hard to read without starting to question the whole idea of a “comfortable” murder mystery. I’d chosen this book because I’d wanted something without gore. What I’d ended up with was something without any real human feeling.

Nobody who has grown up loving a particular genre wants to have to look at that genre in a new and unpleasant light, and my 4:50 from Paddington experience drove me to look at a lot of those other books afresh. The strange thing, to begin with, was that I couldn’t actually remember a lot about the victims. Given that my memories of the plots, the twists, and the revelation of the murderer were pretty clear in each case, this was in itself a little telling.

It was hard to read without starting to question the whole idea of a “comfortable” murder mystery.

So I started looking up who had died in the books I remembered enjoying so much. In Death on the Nile, Linnet Doyle is given the shallowest of characterisation, existing more as a husband-thief than as a character in her own right, and suffering for it. But let’s not forget two other victims: Linnet’s maid, who tries to warn the killer and doesn’t last until the end of the conversation, and the rather unmemorable Mrs Otterborne, who also knew something that got her killed.

In The ABC murders, an early serial killer tale, the victims are picked off alphabetically. They are grieved for, but given little sense of history or character, and are all in fact a means to an end, two of them having the bad luck to have a name which begins with the same letter. And of course, The Murder on the Orient Express is really a tale of justified vengeance on a murderer.

One of the strangest experiences was going back to look at the plot of Ordeal by Innocence, having recently watched the truly excellent Sarah Phelps adaptation starring Bill Nighy. I felt that here, at least, was some depth. That Rachel Argyle was a complex woman whose death was deeply sad. That Jacko Argyle was a character who was wrongly convicted and ultimately mourned, and who lived and breathed his strange, rather malicious and impulsive character. But it became apparent that Phelps had given the story these features; and that Christie’s plot had been much, much simpler. Jacko had died in prison for a murder he had planned through seduction, and had a character as villainous and straightforward as one might like. Rachel Argyle’s death, by contrast, functioned as little more than an excuse for the plot.

It was impossible, at this point, not to begin to feel as though the books I’d grown up with had somehow betrayed me. By viewing the victim simply as an excuse for a murder mystery plot, they had easily and unfeelingly implied that such killings were unimportant.

Dorothy Sayers once said, of the comfortable country house mystery versus a book with feeling, “some readers prefer their detective stories to be of this conventional kind … I believe the future to be with those writers who can contrive to strike the note of sincerity and to persuade us that violence really hurts.” Within her writing, she did exactly that. From the Russian dancer duped into believing himself a Romanov and killed, to the glamorous and easily-led Dian de Momerie in Murder Must Advertise, her victims live, and breathe, and demand our sympathy. And so, too, do their killers. A scene I have never forgotten is Lord Peter Wimsey weeping as the time comes for a killer he uncovered to be hanged.

I think it no coincidence that it was Sayers’ books that I moved onto as I grew up. These were the tales that stuck with me as I drew nearer to adulthood. When it came to writing a first crime novel, I realized that above all, I wanted my victim to be a real, living, breathing young woman. One I hoped my readers would mourn.

It seems that, in the end, we have to make choices as writers. Whether to thrill, or to twang the heart strings; whether to choose fiendish intricacy or simple fun. I will always find myself drawn towards those who encourage us to feel for the victims, and I will strive to emulate them. To make my victims live and breathe. But that doesn’t mean that I won’t sometimes still reach out for the comfort blanket of a country house crime where death is sanitized. Perhaps we all need that escape, sometimes.

Gytha Lodge studied English at Cambridge University and received an MA in creative writing from the University of East Anglia. Her new novel, Watching from the Dark, is now available from Random House books.

The Most Anticipated Crime Shows of 2019

Counting Down the Greatest Crime Films of All-Time: #102 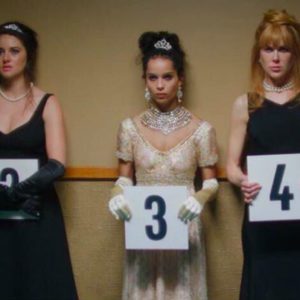 The Most Anticipated Crime Shows of 2019

We know, there's a lot of TV out there—good TV. You probably don't have time to look through all the press releases, trailers,...
© LitHub
Back to top