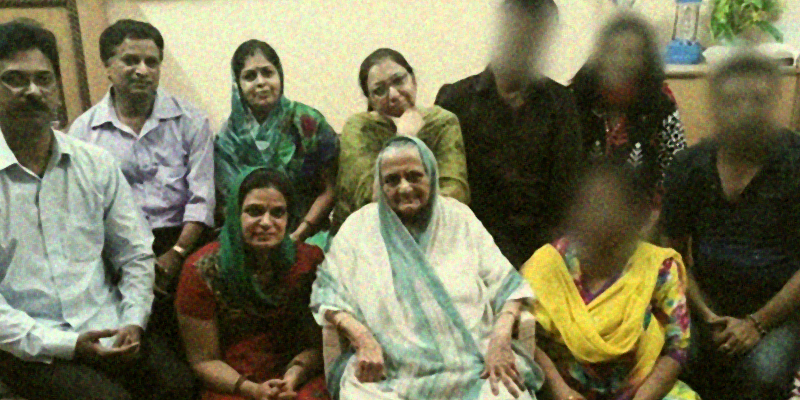 On The New Delhi Murders and the Indian True Crime Boom

"Ultimately, they all arrive at the same conclusion – how well do you truly know what happens behind closed doors?"

On a balmy July morning in 2018, a neighbor noticed the Bhatia family’s shops still shuttered, their morning’s milk delivery unattended to, and the door to their house unlocked. Panicked, he walked up the stairs to their home. The image that followed was chilling: eleven family members were dead. Nine bodies were hanged from a grate below the skylight in their living room, the tenth opposite them, and the eleventh was found strangled in a nearby bedroom. Blindfolded, mouths taped, hands and feet tied. The head constable on the scene said their bodies were vertically slumped and “the formation in which they were hanging reminded [him] of a banyan tree, like branches of the tree suspended downwards.”

On the face of it, Netflix’s House of Secrets: The Burari Deaths is about the Bhatias, a regular Indian middle-class family. They lived in a two-story house in Burari, Delhi, in a “joint family,” a common concept in India where several generations across the family tree live under one roof.

Their deaths sought widespread media coverage. Eleven people—Grandmother to grandchild—all dead. The narrow lane their house stood on remained choked with reporters and station vans. The Indian media, which had yet to reach their present-day vulture-like status, scraped new lows. Footage from inside the crime scene was leaked on air, and surviving family members had their privacy invaded.

At first, the obvious questions arose: Was it suicide? Murder?

But what about the strangled body? Where was the suicide note? Why had the family recently celebrated their 33-year-old granddaughter’s engagement? Why would ten people commit suicide? They weren’t in debt, and, to their friends and neighbors, they were an ideal family.

Eventually, conspiracy theories trickled into coverage surrounding the case. Eleven bodies—was there a numerological significance of the eleven rails of the balcony? What about eleven drain pipes on the side of the house that led to nowhere? Four of those pipes faced downward, and seven came straight out; there were four male family members, and seven female.

The contractor’s daughter, Geeta, a self-styled “god-woman” who met with one of the dead, was brought in for questioning. (Unsurprisingly, no leads are levered.)

Here, the series makes it a point to include the god-woman’s interview to signpost thoughtlessness on behalf of the media and law enforcement at the time. “[The media] will do anything to create sensational news,” Geeta told the documentary crew, adding, “I was harassed for no reason. They showed my face and [said] all sorts of rubbish about me.” Then her voice cracked: “My children starved for three days… I was called for questioning multiple times all over the city.”

Through its three episodes, the series weaves together news footage (conspiracy theories and all) and subject interviews. Combined, they signal to the viewer (patently): something was off.

CCTV footage from the family’s lane reveals family members coming home with newly-purchased plastic stools, and the sarees and scarves which would eventually be used in their hanging. On the night of their deaths, more footage shows the 15-year-old grandson opening the downstairs plywood shop and taking a bundle of wire home. In other words: no one outside the family entered the Bhatia home.

Like most true crime documentaries, we’re repeatedly reminded, in some form or another—“but they seemed so normal.” All-smiles family photos and home videos are periodically interspersed with interviews to drive this point home. Neighbors and relatives remain grief-stricken and shocked as they recount pleasant memories, struggling to join the dots. Crime reporters, journalists, police personnel, and psychologists chime in.

Ultimately, they all arrive at the same conclusion—how well do you truly know what happens behind closed doors?

Midway through the second episode, interviews—especially those with the Bhatias’ friends and family—reveal a key plot point. Things changed for the family after Bhopal Singh, the family’s patriarch, passed away in 2007. With his wife Narayani Devi now the oldest family member—and two of her three sons, daughters-in-law, and daughter, plus grandchildren, all under one roof— family drama pressure cookered. What’s more, Bhopal Singh’s death sent his youngest son, Lalit, into a depressive spell. Later, it’s revealed that Lalit met with an accident, suffered untreated head trauma, and stopped speaking entirely.

When Lalit eventually does start speaking again, he claims he’s been possessed by his father’s spirit. The family is largely convinced. To them, it’s miraculous Lalit has his speech back. Lalit—as his father—goes on to devise intricate, obscure rituals for the family to follow, documenting their instructions in ink. Following these rituals was meant, according to Lalit, to bring prosperity to the family. Over time, any skepticism that was left among family members is washed away—the family’s social status rises; proof, to them, that Lalit must actually be his dead father.

This is where things get murkier in the series: following commentary from psychologists, family, and friends, the viewer is largely left to speculate whether this was post-traumatic stress or a sinister ploy to gain control over the family. I won’t critique the series itself beyond saying that it was well-made for the most part (although it probably would have been tighter as a two-parter): the narrative unfurls in an engaging manner, and it handholds the viewer through the pressing questions it asks (albeit to an excess).

Lalit’s rituals go on for nearly a decade—eleven years to be exact, starting in 2007 following Bhopal Singh’s death—with instructions for each documented in eleven diaries (one for each year). Sometimes these instructions are individualized for specific members of the family. The investigation eventually reveals that the mass hanging was, as it so happens, a ritual called the “badh tapasya.”

It’s impossible to know if Lalit knew he was leading his family to their deaths, or if he believed they’d live. How did a 15-year-old child consent to this? How did a newly-engaged 33-year-old who’d been working as a software engineer? These were educated people.

Why was it easier for a family to obey the youngest male member channeling a dead man than a living, elderly woman?

Eventually, the viewer is left to ponder bigger questions. Does Indian patriarchy know no bounds? Why was it easier for a family to obey the youngest male member channeling a dead man than a living, elderly woman? What lows has the Indian media plummeted to since this case? Most importantly, however: how far will Indian society go with their religious beliefs, with blind faith?

Arguably this is true of other religions, too, but since the Bhatias were Hindu, it is only pertinent that I point out that there exists a widespread acceptance of rituals and superstitious beliefs in Hinduism. It’s common, for example, for two Hindus getting married to match their “birth charts” to find a day for the wedding or even decide if they’re compatible. It’s not uncommon to hear of people marrying trees to fix Mars woes. The late Narendra Dhabolkar, a Maharashtrian social activist, who campaigned for anti-superstition, wrote in his book, The Case for Reason: “Superstition is really black marketing in the business of faith.”

In many ways, the unwavering faith Indians are possessed with has led us to the political climate we’re seeing now. It’s not that intolerance is simply increasing; it’s that there has always been an appetite for it—to a vast majority of the population, to question and to reason is to outright attack faith.

In 1992, a 150,000-person crowd gathered to listen to speeches by leaders from the Hindu nationalist Bharatiya Janata Party (BJP) and the Vishva Hindu Parishad (a right-wing Hindu organization) at the Babri Masjid, a 16th-century mosque in Ayodhya, in the northern state of Uttar Pradesh. At the time, a nationwide movement claimed that the Babri Masjid was built after a temple where a Hindu deity was born had been destroyed. The crowd at Ayodhya eventually stormed the mosque, demolishing it, despite prior assurances from the state government to the Supreme Court that the mosque would remain unharmed. Subsequently, Muslim residents in Ayodhya were attacked and killed, their homes and shops ransacked, while riots broke out across the country. An estimated 2,000 people died. In 2019, the Indian Supreme Court awarded the disputed land to a trust to oversee the construction of a Hindu temple.

The BJP, as India’s current government, rose to national prominence on the back of this temple movement launched in the 1980s. They followed through; the temple is set to open in 2023.

My aim here isn’t to crowd this with an anecdote—we’re seeing Hindu nationalism play out daily, often at the costs of other minorities. We’ve seen a spike in attacks on Christians, Muslim schoolgirls in Karnataka have missed classes to protest their right to wear a hijab, crimes against oppressed castes and indigenous Indians has risen. Earlier this year, a Dalit (oppressed caste) man was given police protection so that he could ride a horse to his wedding. Why? Because it’s horrifyingly common to read about Dalit grooms on horses being assaulted and murdered by dominant caste Hindu men in the name of caste supremacy.

As the country that once proudly boasted about its status as the world’s largest democracy, these topics are of particular importance; not just at home, but globally. But as room for intellectual discussions around faith (particularly) and the patriarchy that accompanies it, shrinks by the day, put under a microscope, the Burari deaths explore why.

Akanksha Singh is a culture journalist from India. When she's not spiralling down a true crime internet vortex, she enjoys jazz, gin, and typing away in her studio apartment, accompanied solely by her cat. Follow her on Twitter at @akankshamsingh 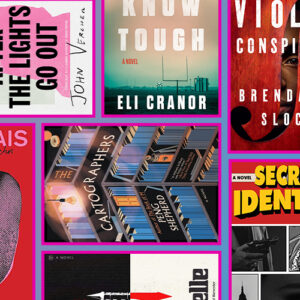 It’s a great year for noir, which this list will showcase; there’s also an elegant classical mystery, a speculative mapmaking...
© LitHub
Back to top