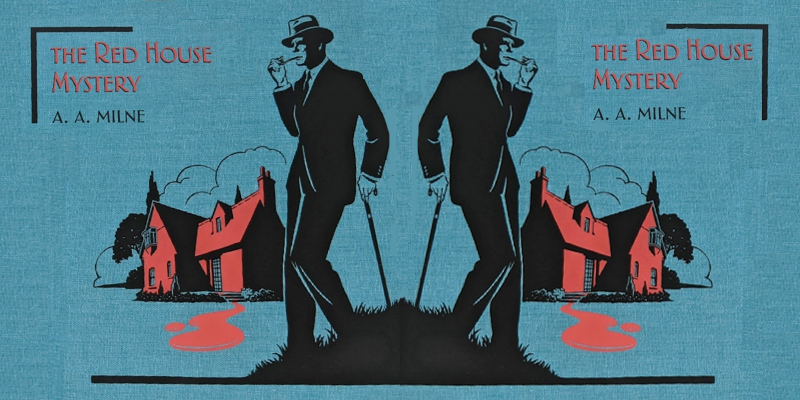 On the mystery novel written by A.A. Milne, creator of Winnie-the-Pooh

In 1922, he published a clever locked-room whodunnit that caught the attention of Raymond Chandler.

Before he created Winnie-the-Pooh at the age of forty-four, English author A. A. Milne had a varied writing career. Born in 1882 in London as Alan Alexander Milne, he grew into his love of writing as a student at Trinity College, Cambridge, writing articles for Granta and occasionally collaborating on projects with his brother. His work drew attention from the well-known humor magazine Punch, and after graduating in 1903, he contributed articles, eventually becoming an editor in 1906. For the next few years, Milne wrote various pieces for Punch and elsewhere, including the novel-length works The Day’s Play and Lovers in London, until he enlisted to fight in World War I. After an injury at the Battle of the Somme in 1916, he joined Military Intelligence, writing propaganda until 1918.

In 1920, he and his wife Daphne (whom he had married in 1913, before enlisting in the war) gave birth to their only child, Christopher Robin. During this time, his literary output varied in genre even more; he wrote poems, plays, and novels. Just before he published Winnie-the-Pooh in 1925, he had authored eighteen plays and three novels. And one of these novels was a murder mystery.

Published in 1922, Milne’s mystery novel, The Red House Mystery would be his only foray into the genre. A locked-room whodunit, it tells the story of a group of diverse people who have gathered for a party at the country estate of a young man named Mark Ablett, whose wayward brother Robert shows up in the middle of the festivities and is soon after found dead; shot in the face. Mark has disappeared, and so partygoer Bill Beverly and his friend Tony Gillingham (who has arrived after the hullabaloo) begin to try to solve the mystery of both he murder and the disappearance, together.

The Red House Mystery was a tremendous success, right off the bat. And in 1944, Raymond Chandler used it as a case study in his essay The Simple Art of Murder, exploring various techniques which developed the mystery genre. He introduces it by noting,

“Let us glance at one of the glories of literature, and acknowledged masterpiece of the art of fooling the reader without cheating him. It is called the red house mystery, was written by A. A. Milne, and has been named by Alexander Walcott (Rather a fast man with a superlative) “one of the three best mystery stories of all time.” Words of that size are not spoken lately. The book was published in 1922 but it’s timeless, and might as easily Have been published in July, 1939, or, with a few slight changes, last week. It ran 13 additions and seems to have been in print, and the original format, for about 16 years. That happens to few books of any kind. It is an agreeable book, light, amusing in the Punch style, written with a deceptive smoothness that is not as easy as it looks.”

As he examines the various developments of the novel, though, Chandler finds a few problems with its ultimate trick on the grounds that it is not actually possible to pull off. We won’t spoil it for you here (because it is quite a good twist) but we’ll just say that Chandler took issue with it, claiming that it doesn’t matter that the story is merely supposed to be entertaining and the twist is written to surprise the reader. He maintains that he doesn’t find the story wholly believable, and this sinks the whole novel, however good it might otherwise be.

“Yet, however light in texture the story may be, it is offered as a problem of logic and deduction. If it is not that, it is nothing at all. There is nothing else for it to be. If the situation is false, you cannot even accept it as a light novel, for there is no story for the light novel to be about. If the problem does not contain the elements of truth and plausibility, it is no problem; if the logic is an illusion, there is nothing to deduce.”

He was also frustrated by Milne’s amateur detective, a likeable everyman who only seemed to be able to solve the crime because the actual police officers on the case were idiots.

“The detective in the case is an insouciant amateur named Anthony Gillingham, a nice lad with a cheery eye, a nice little flat in town, and that airy manner. He’s not making any money on the assignment, but is always available when the local gendarmerie loses its notebook.English police seem to endure him with their customary stoicism; but I shudder to think of what the boys down at the Homicide Bureau in my city would do to him.”

But, as Chandler notes later, this didn’t stop readers from buying it. The Red House Mystery remained one of Milne’s greatest bestsellers until three years later, when he wrote a story for his five-year-old son, Winnie-the-Pooh. Illustrated by Milne’s Punch colleague E.H. Shephard, Winnie-the-Pooh, and its three sequels, became such a sensation that it far overshadowed all of Milne’s other works, eventually including The Red House Mystery. But for a while, as Chandler notes,The Red House Mystery endured. In a later edition of the novel in 1926, Milne wrote an introduction, mentioning that he had written it because of his personal passion for detective stories. And in particular, he liked when amateurs got the chance to solve crimes. Which could only happen in fiction, he notes, but that’s why we have fiction.

The featured image at the top of this post is taken from the cover of the 2016 edition of The Red House Mystery published by The Folio Society. 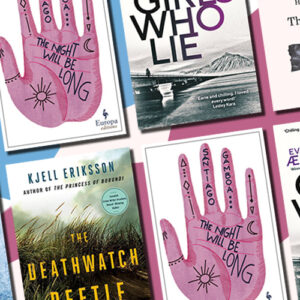 The days are cold, the nights are long, and the Scandinavian noir flows freely in this month's edition of our regular international...
© LitHub
Back to top