Thirty-six years ago today, Mark David Chapman went out, bought a copy of The Catcher in the Rye, killed John Lennon, and then sat down on the curb and started to read. Later, police found that he had written “This is my statement” in the book and signed it “Holden Caulfield,” a bizarre conception of himself that Chapman more or less stuck to. Famously, he told police, “I’m sure the big part of me is Holden Caulfield, who is the main person in the book. The small part of me must be the Devil.” He even claimed later that the reason he killed Lennon was to promote the book. (Jury’s out on whether that worked.) In any case, to mark the anniversary of this most high-profile book-related murder of all time, here is a semi-morbid list of the favorite books of famous criminals, from the blue collar to the mass-murdering. (You’ll notice one noted criminal missing here, but after all, he doesn’t really read.) 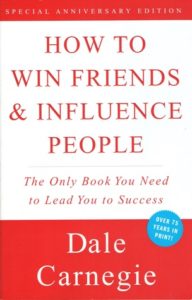 Charles Manson: How to Win Friends and Influence People

It is wholly unsurprising that terrifying, much-mythologized cult leader Charles Manson loved Dale Carnegie’s How to Win Friends and Influence People. According to Jeff Guinn’s Manson: The Life and Times of Charles Manson, Manson read the book and took the course based on it in prison, and became obsessed—particularly with Chapter Seven: “How to Get Co-Operation,” which as Guinn writes, “contained advice that Charlie adopted as the most vital tool in his manipulative arsenal: “Let the other fellow feel that the idea is his.” Later, when police, judges, and juries struggled to understand how Charlie Manson was able to convince others to carry out his criminal directives, they could have found the answer there in How to Win Friends and Influence People.” 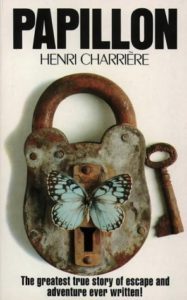 In The Stranger Beside Me, Anne Rule writes that when she visited Bundy at Pitkin County Jail, he told her that “he was reading a good deal, the only respite he had from television soap operas and game shows. His favorite book was Papillon [by Henri Charrière], the story of an impossible prison escape from Devil’s Island. ‘I’ve read it four times.'” Later, describing his escape, she writes, “He must have felt like the protagonist of Papillon, the book he’d almost committed to memory during his long months in jail. Beyond the cleverness of escape, Papillon had dealt with mind control, man’s ability to think himself past despair, to control his environment by sheer force of will. Was Ted doing that now?” 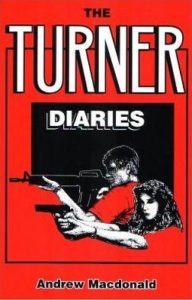 Excerpts from The Turner Diaries, a novel described by the Southern Poverty Law Center as a “bible of the racist right,” were found in McVeigh’s getaway car after the Oklahoma City bombing. The book describes a group of fictional white supremacists who use a truck bomb to attack the FBI headquarters, so it’s clear that he was, shall we say, influenced. According to the New York Times, before McVeigh’s execution, the book’s author William Pierce (Andrew Macdonald is a pen name) “praised Mr. McVeigh as ‘a man of principle’ who was ‘willing to accept the consequences’ for what he did. But, Dr. Pierce said, ‘I wouldn’t have chosen to do what he did.'” Comforting. 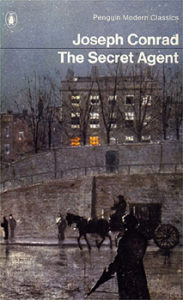 Apparently, the Unabomber loved Joseph Conrad—so much that his emulation of his writing got him caught. In The America that Reagan Built, J. David Woodard explains that when newspapers published Kaczynski’s treatise (Industrial Society and Its Future) in hopes someone would be able to identify him by the writing, his younger brother recognized his work. “In the end,” Woodard writes, “the federal government with its advanced technology and large task force was unsuccessful. Kaczynski’s younger brother, David, thought he saw his eccentric older sibling’s style copied from Joseph Conrad’s novel The Secret Agent. Kaczynski grew up with a copy of the book by his bedside, and had read it some two dozen times. The Unabomber was arrested at his cabin in April of 1996.”

In fact, according to Douglas Evander Oswell’s The Unabomber and the Zodiac: “The significance of The Secret Agent in reference to the phenomenon of Ted Kaczynski cannot be overstated. A copy of the novel was found among the effects in his cabin. Kaczynski himself is on record as having advised his family to read The Secret Agent. In the words of Donald Foster (the literary attributionist who assisted the FBI with its analysis of Kaczynski’s writings), ‘he seems to have felt that his family could not understand him without reading Conrad.'” He identified particularly with the Professor, and even sometimes used “Conrad” as an alias. 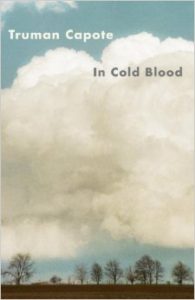 According to Philip Carlo’s The Night Stalker, the very frightening Ramirez’s favorite book was Truman Capote’s In Cold Blood. But in an interview (of admittedly unknown veracity), Ramirez apparently recommended another classic: “A book I suggest to everybody is called Mysterious Stranger by Mark Twain. It’s about Satan and his visit here. A good book. I read suspense and horror, some things that intrigue me. I have always been fascinated by death.” 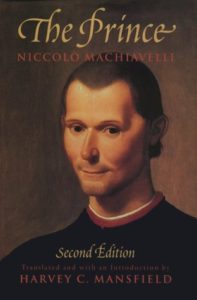 It was supposedly Carlo Gambino, head of the Gambino crime family, who introduced Gotti to Machiavelli’s 16th-century masterpiece The Prince. It’s hard to actually imagine him reading it, but that’s why legends are legends, right? 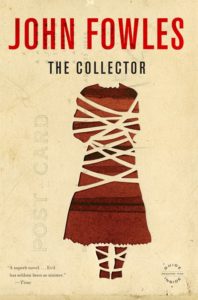 Serial killer Leonard Lake was so obsessed with John Fowles’s The Collector—about a butterfly collector who kidnaps a young woman and holds her hostage—that he named his own killings “Operation Miranda,” after the woman in question. In a 1983 diary entry, he wrote, “Ah, The Collector. Has it really been near 20 years I’ve carried this fantasy? And Miranda… how fitting… my lovely little prisoner of the future. I suppose in my way I am the same wimp as ‘the hero,’ and in my way just as crazy. I have no doubt that we wimps have been compensating for our inabilities since the dawn of history. Sad, really. Still, how can we die if we never live?…” 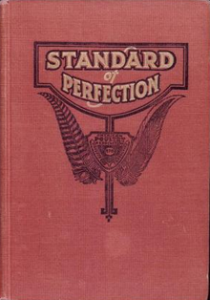 Martha Stewart: The Standard of Perfection

Martha Stewart is technically a criminal, and her favorite book is The Standard of Perfection. It’s about chickens.

Emily Temple is the managing editor at Lit Hub. Her first novel, The Lightness, was published by William Morrow/HarperCollins in June 2020. You can buy it here.
https://www.emilytemple.net/ 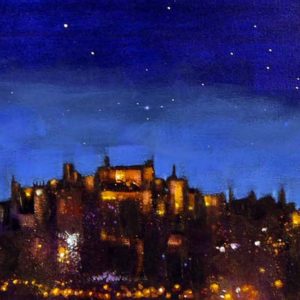 Val McDermid closes the Acknowledgements section of Out of Bounds—like fellow crime scribes Ann Cleeves and Ian Rankin,...
© LitHub
Back to top