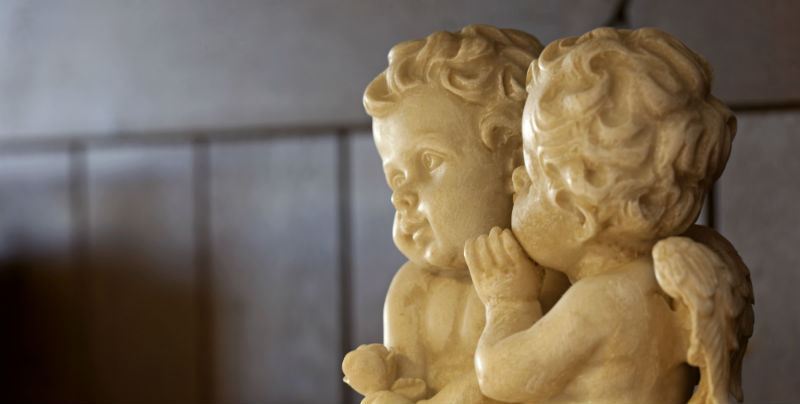 On the Salacious Joys of Scandalous Thrillers

It is the late 1980s, August in Virginia, a time of year when it is so hot, and the air is so thick with humidity, that it is almost unbearable to be outside. Still, like all of my teenaged friends, I am sweating it out in a lounge chair at the neighborhood pool. Almost all of us—and our mothers—are basting ourselves with tanning oil, and almost all of us, with rare exception, are reading wrinkled, chlorine-stained paperbacks by one particular author: V.C. Andrews.

Flowers in the Attic, the first in Andrews’s Dollanganger series, was the first definitively scandalous thriller that I read after graduating from Judy Blume and Sweet Valley High. It’s also the first book that I remembering reading publicly and worrying, as I held the book close to my face, that somebody would look over my shoulder and see what was happening within the pages. The book had everything a good scandalous story does: salacious secrets and lies, murder (the kids were slipped rat poison!), and a heavy dose of shock factor (if you’ve read the novel, you know what I’m talking about). The characters, unlike the ones in my reading up to that point, were awful. Truly horrible people, mostly, and yet, I couldn’t turn the pages fast enough.

What is it about people behaving badly that makes us want to watch? Or read, in the case of novels featuring juicy scandals that keep us hooked? Maybe it’s simple voyeurism, or maybe it’s something deeper—a psychological desire to see what happens when people do the things we could never. One thing I definitively know, now that I’m a novelist who writes about scandal, most recently in my latest, Half of What You Hear, is that it is every bit as much fun to write about seemingly nice people doing not-so-nice things as it is to read about them.

Here, eight favorite shocking thrillers that feature scandals, all of which spotlight central characters who are memorably, deliciously, deplorable.

This modern classic about a group of seemingly over-sophisticated Classics students at Vermont’s fictional Hampden College turns dark and twisty when the book’s narrator, and the newest member of the group, the lower-class Richard Papen, learns that his fellow students’ biggest sin isn’t just an insane amount of drinking and drugs, but the murder they committed during one particularly raucous night. And it gets worse from there. 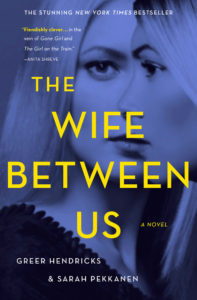 The Wife Between Us by Greer Hendricks and Sarah Pekkanen

This first effort by writing duo Hendricks and Pekkanen follows two women: Vanessa, the ex-wife of Richard, and Nellie, his young new fiancée. Sounds predictable, right? But just The story, told in the women’s alternating perspectives, follows along as Vanessa, now broke and dealing with a drinking problem, tries to pick up the pieces of her life, and Nellie devotes herself to planning her wedding…but can’t shake the feeling that someone is watching her every move. What happens next is a shock you won’t see coming. Soon to be a major motion picture. 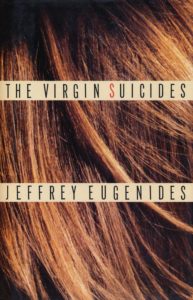 The Virgin Suicides by Jeffrey Eugenides

This quietly creepy novel about five sisters, the Lisbon girls, opens as an ambulance has arrived to retrieve the body of Mary, the final of the sisters to attempt suicide. Set in 1970s Grosse Point, Michigan, and told from the point of view of a group of neighborhood teenaged boys who are obsessed with the girls and what made them do what they did, the book slowly untangles what it must have been like inside the walls of the Lisbon family home, and what pushed the five sisters to the brink. 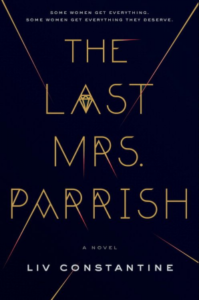 This dishy, fast-paced, entertaining drama written by two sisters follows Daphne and Jackson Parrish, a richer-than-rich couple who seem to have it all, and Amber, the unremarkable, down-at-the-heels woman who insinuates herself into the Parrish’s family to get the money and status she so desperately craves. A true page-turner, the characters’ actions—and particularly, the sociopathic husband’s—are so diabolical that you won’t believe the ending. This is a true case of “how low will people go to get what they want” and became an international bestseller for a reason.

When troubled reporter Camille Preaker is sent back to her tiny Missouri hometown to investigate the deaths of two young girls, she’s faced with the task of dealing with Adora, the truly horrible mother she’s tried to separate herself from, and it’s quickly apparent why. Camille learns that she has a thirteen-year-old half-sister, Amma, who is sweetly obedient to Adora, but then squeals with glee when Camille witnesses her watching the action at the family slaughterhouse. The alarming way that the stories of Camille’s family and the mystery of the murdered girls weave themselves together is unlike anything you’ve read before, and an unsettling scandal to say the least. 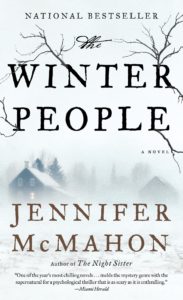 The Winter People by Jennifer McMahon

If you want a book that will keep you up at night, look no further. Blood-curling and stark, this terrifying tale set on the property of a remote Vermont farmhouse is a historical mystery that unfurls at a distressing clip after nineteen-year-old Ruthie’s mother goes missing. As Ruthie works to find out what happened, she discovers the diary of the young woman rumored to have been found dead on the farmhouse’s land, and starts to uncover secrets about the town’s series of strange disappearances. 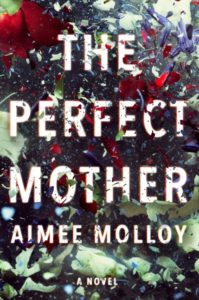 The Perfect Mother by Aimee Molloy

When The May Mothers, a Brooklyn mother’s group that typically meets at a local park, decide one summer night to blow off steam and go out drinking, the unthinkable happens: One of the mother’s babies goes missing. The scandal rocks the community, most of all the mothers in the group, who begin pointing fingers—and drawing suspicion—as the story deepens and more questions arise about what actually happened to the baby and who is to blame. 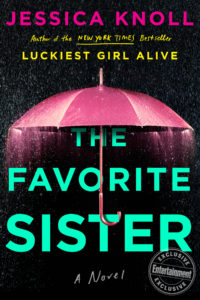 What’s more scandalous than reality television? A reality series that results in murder. In Knoll’s lurid sophomore effort, two striving sisters join the cast of “Goal Diggers” a reality television show about five highly successful women competing on a show that is a hybrid of “Shark Tank” and “The Real Housewives.” When one of the sisters, fan favorite Brett, is murdered, everyone’s wondering which castmate did it, a question that Knoll asks with biting commentary about how well women take care of their own when competition is at stake.

Kristyn Kusek Lewis is the author of Save Me and How Lucky You Are. A former magazine editor at Glamour and Child, Kristyn has been writing for national publications for nearly twenty years. Her latest novel, Half of What You Hear, is now out in paperback. Her work has appeared in the New York Times; O, The Oprah Magazine; Real Simple; Reader’s Digest; Glamour; Self; Redbook; Cosmopolitan; Marie Claire; and many more. Kristyn is a graduate of the College of the Holy Cross and the Vermont College of Fine Arts, where she earned an MFA in creative writing. She lives in the Washington, DC, area with her family. 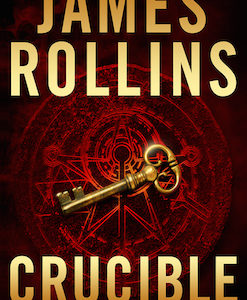 Gray chased after him, pausing only long enough to pull a SIG Sauer P365 from an ankle holster. As terror ratcheted through...
© LitHub
Back to top