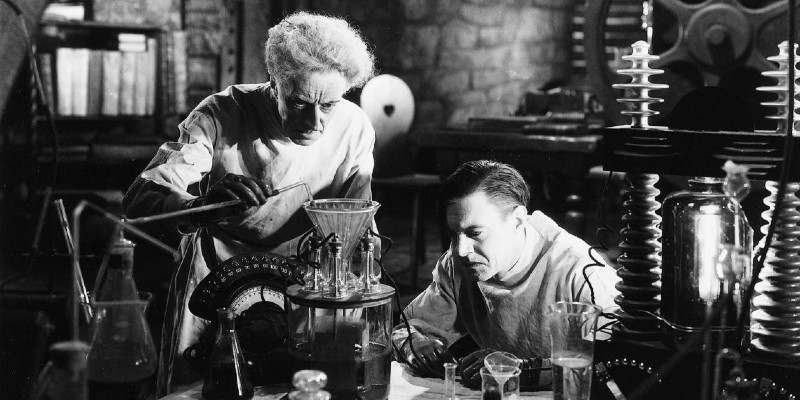 Our Culture's Ongoing, Ever-Evolving Fascination with "The Mad Scientist"

An author of sci-fi thrillers reflects on distrust of science.

Ever since Dr. Frankenstein first threw that menacing-looking lever and re-animated a dead man in a blaze of wild electricity, the mad scientist or evil genius has enjoyed a foothold as the nemesis in both genre fiction and film. So too, has the very concept of science and technology itself.

It got me thinking: Is there something inherently frightening about scientists and scientific/technological advances? Something akin to our fear of say, spiders or the dark? Is it fear of the unknown, or something more?

Examples of the mad scientist/evil genius in everything from comic books to classics spring to mind without even breaking a sweat: Dr. No of James Bond fame, whose experiments with atomic energy cost him his hands as well as his conscience; Christopher Marlowe’s Dr. Faustus, whose unquenchable thirst for knowledge drove him to a deal with the devil; Dr. Henry Wu, who fooled around with genetics and opened a questionable theme park in Michael Crichton’s Jurassic Park, and, my personal favorite, Robert Louis Stevenson’s Dr. Jekyll, whose work brought to the surface his baser self as Mr. Hyde.

It is the last example, I think, that speaks most clearly to our fears. Scientists are people like the rest of us—multi-faceted, unpredictable and (for the most part) human. Like all of us humans, there’s always that slim chance that they’re going to turn to the proverbial dark side, especially when they get a taste of power.

But even when they’re not mad or driven by evil intent, scientists are still a mysterious bunch. They know things that most of us don’t understand, which can be daunting if not downright scary. Scientists dare to toy with properties and ideas that just might be better left alone, without the consequence of human interference. I mean, space exploration and interplanetary travel will likely be the solution to the very survival of the species eventually, but for every Star Trek and Close Encounters of the Third Kind there is a cautionary tale like Aliens or Invasion of the Body Snatchers. It’s almost as though there is something about scientists—something about the nature of their work, their “secret” knowledge and particular intellect—that makes us feel they might be more easily tipped toward the Hyde aspect of human nature than the rest of us. They are easy to mistrust and that, I think, makes them perfect fictional villains.

But this mistrust of science doesn’t live solely in the confines of fiction. There are plenty of examples of it in the real world, too. The Catholic Church was not the biggest fan of Copernicus and his observations on the sun-centric nature of the universe. A lot of people had serious doubts about the work Thomas Edison and Nikola Tesla were doing with electricity. The things these scientists were fooling around with must have seemed dangerous and weird to the people of the time.

Thankfully, in the modern era, we have become enlightened and now embrace scientific endeavor as something to be appreciated and applauded.

Parents who refuse to get their children vaccinated against diseases which have been all but eradicated through vaccines—the anti-vaxxers—are more of a movement today than a smattering of doubtful holdouts. Some of the political conspiracy theories circulating right now are things I would find too preposterous for my science fiction novels. And in the midst of a global pandemic, there are some who steadfastly believe this virus was created in a laboratory and used in some sort of bio attack, and others who insist it’s obviously a byproduct of 5G technology. We may be more wary of science today than ever before. And, lest we forget about the science geeks in California who tinkered for a while in their parents’ garages once upon a time: they went on to establish modern-day computing, paved the way for the internet and became the wealthiest people the planet has ever known. When you think of that, world domination doesn’t really seem all that far-fetched, does it?

Science (and hopefully, it follows, scientists) would seem to exist primarily for the good of mankind, striving to make life easier, to make the world better, and to reveal hidden truths about ourselves and the universe we inhabit. Science gave us penicillin, electric lights and Facebook. But, on the other hand, it also gave us the atomic bomb, mustard gas and, well, Facebook.

Science itself is a double-edged sword—a bit of a Jekyll and Hyde, just like the scientists themselves. Either accidentally or intentionally, scientific and technological advances can so easily be corrupted for nefarious use, even when its initial intent is beneficial. And as our scientific and technological breakthroughs become more and more advanced and far-reaching, more entrenched in our day-to-day lives, those accidental or intentional misuses become ever more frightening. It would make anyone rightfully shudder to think about the possible consequences of fiddling with the human genome, the advancement of artificial intelligence or, as my own novel deals with, human cloning. The potential is endless and possibly sinister. And consider for a moment Elon Musk’s ongoing Neuralink endeavor whereby he hopes to use tiny little nanotech robots to directly link the human brain to computers. What could possibly go wrong there? The story ideas are already keeping me awake at night! 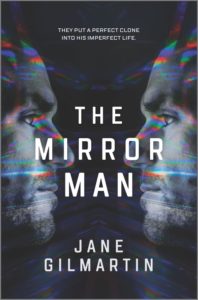 Jane Gilmartin has been a news reporter and editor for several small-town weekly papers and enjoyed a brief but exciting stint as a rock music journalist. A bucket list review just before she turned 50 set her on the path to fiction writing. Also checked off that list: an accidental singing career, attending a Star Trek convention, and getting a hug from David Bowie. She lives in her hometown of Hingham, Massachusetts. 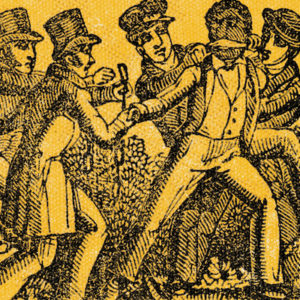 On a Saturday in March 1834, seven-year-old Henry Scott sat at his desk in the African Free School on Duane Street in Manhattan,...
© LitHub
Back to top