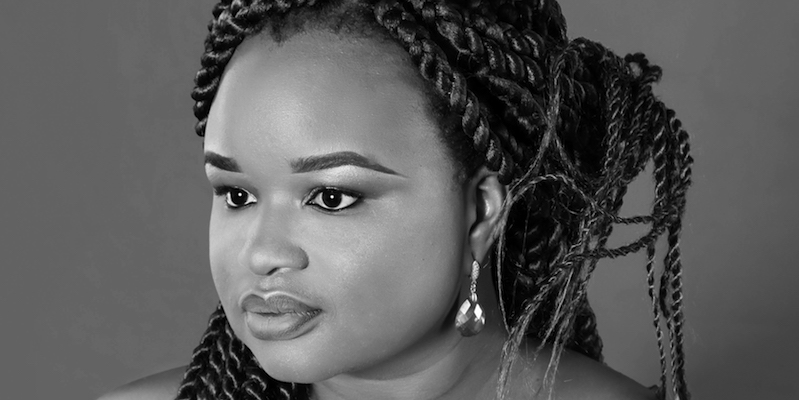 Oyinkan Braithwaite Has Two Sisters, Neither of Whom Is a Serial Killer

And other facts we learned from interviewing the author of 2018's breakout debut, My Sister, The Serial Killer

Oyinkan Braithwaite’s My Sister the Serial Killer was last year’s breakout debut, the ultra-cool cover a perfect match for the book’s droll contents. Braithwaite has a background in poetry, and with all the crime-writing poets out there, it should be no surprise she chose to write her first novel in the crime genre. My Sister, The Serial Killer, is exactly what you think it is—a dark comedy about a practical, put-upon nurse whose romantic intentions towards a doctor in her hospital are interrupted by her beautiful sister’s addiction to murdering paramours. Oyinkan was kind enough to answers some questions via email about writing, sisterhood, and Lagos.

Molly Odintz: My Sister the Serial Killer is, on one hand, a not-so-universal story about a woman who ends up helping her sister cover up a string of murders. It is also a much more universal story about sibling dynamics, and how in many a household, one sister ends up doing all the work—and cleaning up all the messes—while the other, more beautiful sister, has fun. What did you want to explore about family power dynamics in your novel?

Oyinkan Braithwaite: The power dynamic between the sisters, between the father and his children, between husband and wife, developed somewhat organically as I fleshed the story out.

Initially, it was going to be a story about two friends, but I wanted something beyond choice that bound the two women together. You choose who your friends are. You don’t choose your family. And I set out to explore the love, loyalty and betrayal between the sisters.

Then I became fascinated with examining the age old debate of nature vs nurture and the different responses to trauma within the family.

And while we’re talking about sisters—do you have one? And, if so, what did she think of the novel?

I have two sisters and a brother. At first one of my sisters liked to tell people that she was the inspiration for the novel. But it wasn’t long before her tune changed—she did not find it as entertaining that, when asked which of my sisters was the Serial Killer, those who knew us a little, guessed that it was her. She went on to make a convincing argument that of the three of us girls, she was in fact the least likely to commit said crimes, and I think that she is right.

Thankfully, all my siblings appear to have enjoyed the novel.

The two sisters at the center of your story are pitted against each other by a society that privileges the more conventionally beautiful sister over her stalwart sibling. What did you want readers to take away when it comes to the nature of inner versus outer beauty?

I was exploring these concepts for myself, and I did not come up with any answers. I certainly do believe that how you look on the outside determines how society treats you, and how your character is eventually shaped. We have always held a sort of reverence for the beautiful. Our poets have written odes, our musicians sung songs, our painters have immortalized beauty. But why? What is the basis for our obsession?

So perhaps, I would like to reader to examine themselves, and their own understanding of and attitude towards beauty.

Your book has been, to put it mildly, a roaring success. What’s the experience of having your debut do so well in so many countries been like?

It has been incredibly daunting. I know how fortunate I am and I do not take it for granted. My novel is more well traveled than I! I have had the pleasure of interacting with languages and cultures in a way that I wasn’t privy to in the past. I feel honored every time my book is invited to be translated.

Your book is one of many incredibly inventive crime books coming out of the Nigerian literary scene. What makes the scene in Lagos so conducive to crafting crime fiction?

It’s a lawless state. I’m kidding. Maybe it is because there is so much corruption that goes on in every strata of society in Lagos and that is the perfect environment for all sorts of good bad incidents to unfold.

My Sister, The Serial Killer, is ostensibly a crime novel (although its already proven its wide crossover reach), but your background is as a spoken word artist and poet—how did the novel form (get it? Cause it was your first novel? We like bad puns here) compare to your previous work?

Lol. Well, I’ve been writing short stories for as long as I have been writing poetry. And even when I’m writing poetry, for the most part I’m telling a story. I simply think of the novel as a longer, more detailed form. I am conscious of the way sentences and words sound, even when I am writing prose. Poetry is possibly also the reason I gravitate towards brevity in prose.

One of my favorite things about My Sister, The Serial Killer, and to a lesser extent, crime fiction as a whole, is how central the ability to clean is for the success of the characters. If you can’t hide a blood stain with bleach, the book seems to say, you shouldn’t bother trying to cover a murder in the first place. Crime fiction, by making cleaning central to not getting caught, restores the maintenance labor that keeps the world running to the center, instead of the periphery. Any thoughts about crime fiction and cleaning?

The steps one takes to conceal a murder is as important if not more important than the murder itself in crime fiction. Committing any crime actually is easy compared to the things you have to do to make sure you will actually get away with said crime.

There’s not a single sympathetic man in your debut, a fact which I applauded! But seriously, even the one guy you think is decent turns out to be an ass. Without giving anything away, why are the men in the world of My Sister, The Serial Killer so damn shallow, and what needs to happen in the world to make men, well, better?

My Sister, The Serial Killer, has rightfully been described as a dark comedy. I found most amusing the way that your protagonist doesn’t see her sister’s killings as bad, per se, so much as inconvenient. Did you set out to write a black comedy, or did the subject matter merely lend itself to such a tone?

The subject matter helped. But I didn’t set out to write a humorous novel. I knew it was fairly quirky but I wouldn’t have described it as funny.

At the time, I didn’t want to be submerged in darkness for the period of time that it would take me to complete the story, so I treated the heavy topics with a light touch. And my characters are very matter of fact about the things that take place. One minute they are cleaning blood, the next they are discussing marriage. I think the humor comes out of this contrast.

The Mysteries of Budapest 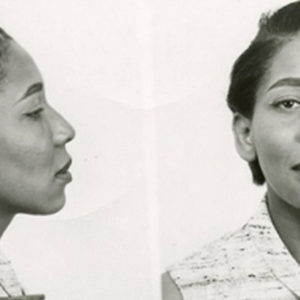 Doris Payne, or "Diamond Doris," was an international jewel thief for decades. Here, she recounts a daring jewel heist in Monte...
© LitHub
Back to top