Pain Is Universal—That's What Binds All of Crime Fiction Together

From traditional mysteries to hardboiled noirs to psychological thrillers, there's a thread of pain through the books we love.

In an interview to promote the first single from his solo album (God remember albums? I’m so old) the rapper Method Man commented that he titled the track Bring the Pain because in his words “Everybody understands pain.”

I believe that is an unequivocal truth. Its axiomatic. In fact, it is the foundation of my writing philosophy. Or to quote another musical act from my misspent youth, REM:

Crime fiction is often viewed like a house with many rooms. Cozies are the warm comforting den. Suspense novels are the secret passageways. Domestic thrillers are the bedroom. Hardboiled and noir are in the garage. They all exist under the same roof but are considered vastly disparate subgenres. But in my opinion (this is my essay after all) I think they are unified by an overarching thematic conceit.

Pain, whether physical or emotional is a significant part of the overall narrative. Many of the clever killers in Dame Agatha’s stories are driven by pure unvarnished greed but just as many are driven by slights, insults, broken hearts and jealousy so pervasive it drives well-mannered English aristocrats to poison a plate of scones.

Conversely, crack open a Ross Macdonald novel and emotional pain is inexorably entwined with the mystery and its inevitable conclusion. Lew Archer wasn’t the first detective to take a distinctly psychological approach to solving crimes but he definitely brought the technique to the masses.

If we venture down to the garage in our house of crime fiction we find hardboiled and noir classics like The Killer Inside Me, a novel that is saturated with madness and sociopathic tendencies that are themselves symptoms of a pain and agony so deep it’s sapped the humanity from Lou Ford and turned him into something that can only communicate his true self through violence. Mickey Spillane’s Mike Hammer is a walking talking cauldron of barely controlled rage. Every vicious beating, he doles out a confession of the pain he carries inside him that is slowly eating him alive.

Going back upstairs to the bedroom domestic thrillers like The Girl on the Train or classics like The Postman Always Rings Twice show us a different kind of damaged protagonist. One for who pain and misery have become as second nature as breathing and blinking. It’s when they dare to fight the inertia that keeps them mired in this constant state of suffering that their lives are forever changed.

Slipping into the cool wet darkness of a secret passageway, the suspense thriller (the long-lost grandchild of the gothic horror novel) usually revolves around a main character who suffers unimaginable physical and emotional agony only to come out the other side a changed person. Novels like Red Dragon, The First Deadly Sin, or more recently The Chalk Man or Jar of Hearts take us to the limit of visceral physical pain while forcing us to bear witness to the emotional torture of characters that we become fascinated with, sometimes against our better judgement.

Crime novels often hinge on pressure. Characters with their backs against the wall who have no choice (or think they don’t) but to join a heist, a kidnapping or a strong-arm robbery. These characters are often broken men and women brow-beaten by a society that insists everyone should pull themselves up by their own bootstraps even if they don’t own a pair of boots. Elmore Leonard, Chester Himes, Donald Goines, David Goodis and others are bards for the beggarly. They elevate the existential turmoil of their characters while keeping them firmly planted in the gutter.

The first emotion we learn is pain. The sting of the hot stove. The bite of the sharp knife. It is a university without matriculation. A class that is never dismissed. And crime novels are our textbooks for an exam that never ends.

S. A. Cosby is a writer from Southeastern Virginia. He won the 2019 Anthony Award for Best Short Story for "The Grass Beneath My Feet", and his previous books include Brotherhood of the Blade and My Darkest Prayer. He resides in Gloucester, Virginia. When not writing, he is an avid hiker and chess player. His new novel, Blacktop Wasteland, is now available. 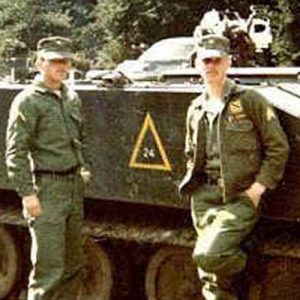 Houses are paramount in domestic suspense. After all, dark tales take place in those structures, be they attics, cabins,...
© LitHub
Back to top