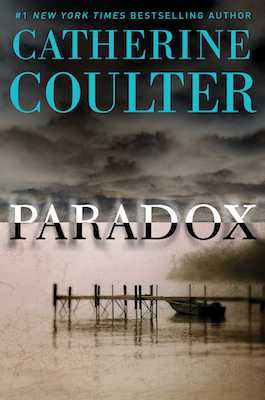 The following is an exclusive excerpt from Paradox, the 22nd installment of Catherine Coulter’s internationally best-selling FBI series. In the following passage, we’re introduced to our villain of the hour and the voice in his head, as they set up camp in a national park while on the run from the cops.

Victor sang “We Are the Champions,” nearly screaming the words as he thumped his fist on the steering wheel in rhythm. That’s what he was, a winner, a champion of the world. He pulled his Kia smoothly to a stop at the Greenbrier State Park entry kiosk and was told by the snotty girl park ranger the campground was full, and why didn’t he go to the Lorelei Motel back up the road, not more than ten minutes away? He felt a leap of rage, thought about sticking her with his new Ka-Bar knife right between her ribs, but he managed to quash it, even managed to smile and thank her nicely. She was nothing, a pebble in his path.

How dare the cow turn us away? Go back, Victor, shoot her in her stupid face with that agent’s Glock.

Victor shook his head at her. Lissy would shoot everyone in the world if he let her.

Victor shook his head at her. Lissy would shoot everyone in the world if he let her.

He drove back to the exit and parked out of sight around a corner. He slipped through the trees until he could see the ranger in the entry kiosk. He waited nearly thirty minutes until she left for a break. Fast as a lick of spit, as Lissy always liked to say, Victor drove past the empty kiosk to the very end of the visitor parking lot and parked the Kia next to a big SUV.

I didn’t think the bitch would ever leave. That was well done, Victor.

“Yeah, that’s always been your problem, you have no patience.”

Victor unloaded the camping equipment he’d bought, locked the car, and trudged well beyond the designated campsites. As he walked, Victor smelled hamburgers and barbecue being cooked over fire pits, heard children laughing, whining, several parents’ exhausted voices scolding, two guys yelling at each other about the Yankees. He walked until all the people and their noises were far behind, deeper into the thick maple and oak forest until the trees were so close together their branches and leaves formed a canopy over his head. His arms were tired, but it didn’t matter, he knew he had to walk until no one could hear him. Finally it was silent, no one close. He found a small opening in the trees,set up his tent, dug a small fire pit, and sprinkled in dried leaves, a couple pages of wadded-up newspaper, and some small twigs. He laid a match to the pile, watched a small flame leap up. He said,

“You rest, Lissy. I know that was a long walk for you. I’m sorry I don’t have any more pain pills. I’ll make some nice strong tea for you, warm you up.”

She was silent. It didn’t take him long to get a fire going strong, the twigs snapping and popping. It wasn’t quite dark yet and still warm, but the fire felt good. He felt the soft air against his face, and he breathed in deeply, stared up at the darkening sky. Soon there would be a white half-moon and brilliant stars shining down on him. He smiled. Everything was perfect.

It’s beautiful here, Victor, nice and warm. And the best thing is none of those brain-dead yahoo cops have a clue who we are, not a single fricking clue.

“That’s because we were thorough, Lissy. We cleaned up after ourselves, wiped everything down.” He paused. “Not that anyone is likely to go up those stairs at Gatewood for the next fifty years. I mean, why would they? If by some crazy chance they do, they won’t find a thing. Well, maybe that FBI agent’s body, eventually. Then they’ll know what we did, how we fooled them, but they still won’t know who we are.”

“No, I’m the one who did the heavy lifting today. Give your mouth a rest, Lissy, I’m tired.”

You’re not the only one who’s tired. Drive, drive, drive. I was bored, and you know my belly hurts. The staples dig in and pinch.

“I know. I’m sorry.” He could practically see Lissy getting ready to blast him even more and said quickly, “Okay, both of us are champions.” He sat cross-legged on a blanket and watched the fire bloom, tried to distract Lissy by whistling Sonny and Cher’s “I Got You Babe,” an ancient song from the hippie era Lissy’s mom was always humming, until she got shot through the neck. He hadn’t minded that at all, the crazy witch. But he’d never say it to Lissy.

He’d picked a good spot, quiet and peaceful. They could even see a slice of Greenbrier Lake through the trees, its flat dark water smooth as glass. His only worry, a small one really, was that the girl park ranger would come sniffing around, threaten to fine him or toss him in jail. Victor cracked his knuckles. Let her come, maybe he’d strangle her with her ridiculous long hippie braid. He knew he could do it, no doubt in his mind, not since he’d whacked Octavia Ryan on the head and shoved her overboard into Lake Massey, two heavy bricks tied by a rope around her waist so she wouldn’t float to the surface. That was what you had to do to keep a body under the water. He pictured himself standing in the rowboat, looking down at the flat surface of Lake Massey for any sign of her, and he’d felt better in that moment than he had in a long time. He was a winner. He sent his fist again to the sky. Yes, he’d thought of everything.

He looked through his small, cold bag and frowned. He didn’t want to eat the last two hot dogs for dinner. No, it was time to celebrate. That meant dessert. He hummed as he made himself a s’more and set it on the small grate he’d carefully placed over his fire pit. The graham crackers were on the stale side, but the marshmallows and the Hershey’s chocolate bar were prime. Lissy loved s’mores, a treat her mama had always made her when she was thirteen, licking her lips, to tease him, he knew.

He chewed slowly, swallowed, wiped his mouth. It was a wonderful reward for a guy who’d gotten the job done, accomplished what he’d set out to do. And better yet, he had the money to prove it. He looked into the small fire and said softly, “Don’t worry, Lissy, I’m making you a s’more, too. Mine are better than your mama’s.”

About time, Victor. You ate the first one, didn’t even think to offer it to me. I don’t know, Mama’s were pretty good.

“Sorry, Lissy, but I wanted to celebrate my success. And it was mine, not ours, but just for today. You saw what I did.” He preened. “I killed that bitch lawyer like I promised. And don’t feel bad about that FBI agent who was screwing her, either—the guy tried, I’ll give him that, came close but he failed. After that, I kind of liked stuffing him in that closet, I decided he deserved to die long and slow. I mean, he had the rotten taste to hook up with that lying witch, didn’t he? I even have the agent’s gun. Not that he’ll ever need it again.”

To his surprise, rather than criticizing him like she always did, she said, I like what you did to the FBI agent. You made the punishment fit the crime. You know what else I like? I like how you waited for that girl park ranger to take a break. That was smart. You fooled her good.

A Preacher, a Scam, and a Massacre in Brooklyn

Mary Higgins Clark Warned Me to Fear Men, But I Didn't Listen


Catherine CoulterFBIParadoxWe Are The Champions 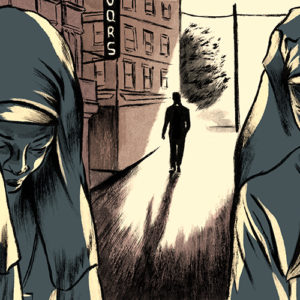 A Preacher, a Scam, and a Massacre in Brooklyn The Brooklyn Children's Museum is a two-mile walk from my apartment. It's an inviting edifice, filled with magic and wonder...
© LitHub
Back to top