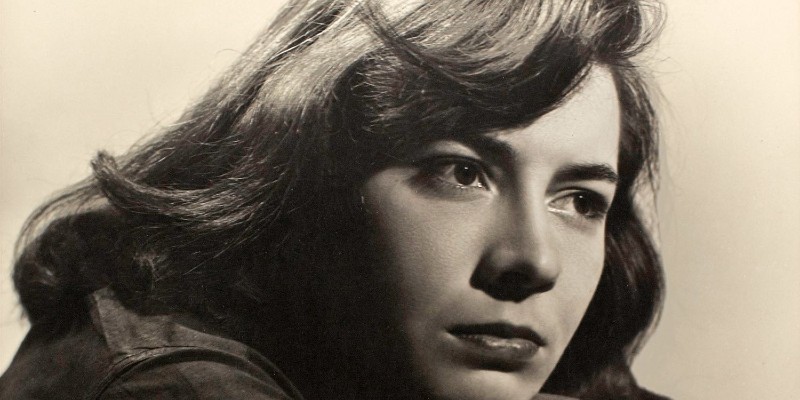 Patricia Highsmith: Preying on Our Minds

With a new Ripley television series in production, and her diaries at long last to be published next year, Patricia Highsmith is enjoying an unparalleled moment in the spotlight. Europe has long embraced her antiheroic writing, but for decades she was ignored in her home country of the US. Will it be any different this time around? Let us hope so, not least because Highsmith’s writing—often eviscerating, always uncomfortable—has never been more relevant.

Those seeking the reason behind her overdue renaissance might like to consider the parallels between our current socio-political climate and that of the Cold War, against the backdrop of which her most famous novels were written. Are we again in the grip of the paranoia and neurosis which typified so much the 1950s? Certainly we’re anxious, polarized, in a state of knuckle-biting instability. Our sense of belonging eroded, our sense of justice outraged. Were she at work today, Highsmith would find herself busier than ever, since writing about these feverish insecurities was her talent and her pleasure.

When critiquing Highsmith, it is considered de rigueur to point to her prejudices and bad behavior. She often did the wrong thing, frequently said the wrong thing, even—if her diaries are anything to go by—dreamt the wrong thing. Her struggle to understand people, whom she saw as impossible puzzles, continued all her life.

“Life,” she wrote, “is a long failure of understanding.”

And yet no one understands us quite as well as Highsmith. Our vanities and inhibitions, our foibles and complexities, all that makes us capable of being great and good, or mean and small is contained within her novels. She doesn’t preach. She has no clever answers. She plays in the shadows, inviting us to join her there, and to acknowledge the part shadows play in our lives.

Before Highsmith, and indeed after her, plenty of crime novels hold out the promise that if you stick with them, all will become clear. With Highsmith, all does not become clear. All becomes darker. More twisted and intricate, emphatically more evasive. She leads us towards the larger truths: life is not guessable, justice is rarely served, answers are unavailable. And it unsettles us. Shocks us, even.

During the Cold War, many considered it the job of crime fiction to make us feel less unsettled not more; if in real life, justice is in short supply then we can at least count on crime fiction to serve us right. Highsmith’s biographer, Andrew Wilson, referred to this informal remit as “bolstering up morality,” but any hopes of a hand from Highsmith in this lofty endeavor were soon dashed. She takes a sly dig at the idea in Deep Water, whose hero is brought to justice by a crime writer, no less. In spite of this inconvenience, Vic Van Allen (surely one of fiction’s most domesticated psychopaths) is only too happy to curse the mediocrity of conventional morality, a habit into which all her heroes fall at one point or another. Highsmith had her own ideas about the role of crime fiction during the Cold War, and bolstering was not on her agenda.

There can be no question Highsmith was a political writer. In the 1980s, she made the difficult journey home to Texas because the rise in organized religion repulsed and fascinated her to such a degree she had to write about it, in People Who Knock On The Door. This wasn’t the first time she had explored the dark underbelly of a populist movement, nor would it be the last. Any study of her output during periods of social and political upheaval will reveal how precisely she took the pulse of the nation. In Edith’s Diary, as an example, she conjured one of fiction’s most condemning portraits of female servitude. The men in her books can make a run for it but the women are shackled to stoves or sinks, their only escape through dangerous fantasy.

If today much of Highsmith’s writing still feels contemporary, it is because her stories are so often unresolved; neat endings elude us in 2020 much as they did in 1950. Instead, Highsmith drops us down into the psychology of her characters where we grope in the dark, squinting and squirming, and delighting in Tom Ripley’s many perversions, including murder, because she has given us the gift of falling into the story. We are lost for the time we’re reading her books, adrift from our moral moorings, from political correctness, even common decency. We may tell ourselves we have a more liberal definition of “common decency” than her contemporaries, but this hardly bears close scrutiny in the age of social media when judgement is reached so rapidly and with condemnation so hot on its heels. While it is probably a good thing Highsmith did not live to see the age of Twitter, it is fair to say she understood human psychology more keenly than many of her contemporaries.

Her debut, Strangers on a Train, was published in 1950, two years before the American Psychiatric Association issued the first edition of its Diagnostic and Statistical Manual of Mental Disorders. The whodunnit was poised to become the whydunnit, with Highsmith a key influencer in that shift. The Cold War gave her almost limitless material; you needn’t look too hard to find allusions in her stories to the Red Peril, the Lavender Scare and every other shade of panic gripping the US at that time. Rather than seeking to assuage these fears, Highsmith took delight in playing upon them: turning the screws, hauling up mirrors, twitching the Axminster from under her readers’ feet.

In Strangers on a Train, Bruno’s obsession with detective stories is cited as a possible factor in his latent psychopathy while Guy reflects, “Every man is his own law court and punishes himself enough,” a view at odds with the prevailing sentiment of the time. This was one of the first crime novels to posit the notion that every one of us is capable of evil, an idea so familiar to modern readers it is hard to appreciate how scandalous it was when Highsmith offered it up in Strangers on a Train. Turn the stone of our conventional lives, she seems to be saying, and you’ll find a rotten, wriggling mass beneath. In this, as in all her books, the myth of normal life is trounced so thoroughly we struggle to remember how or why we lived it.

By the time we meet Tom Ripley, Highsmith’s blueprint for telling home truths is perfected. It takes no more than a dozen pages for us to side with one of the most outrageous anti-heroes in literary history. Because Tom is not a nice man. He’s a tireless snob given to moments of crass sentimentality and superstition, obsessed with bettering himself and with the acquiring of possessions (one of which is his wife). He lies to himself constantly, and regularly behaves like a cad and a coward. And yet we root for him, even fall for him.

In 1955, when the book was first published, Tom was the opposite of the hardboiled hero, or indeed the hardboiled villain of so much crime fiction of the day. A young man who weeps readily although rarely while killing or disposing of his victims (the closest he comes is feeling like crying while having to haul Freddie Miles around by the heels of his horrible shoes) and who is easily upset by unpleasantness, Tom makes a strange assassin, one for whom killing people is a chore akin to clearing the moss from his garden steps. In this sly manner, Highsmith sidesteps any unsophisticated accusation that she has created a monster. But when you boil it right down, the most outrageous aspect of the Ripley books is the speed with which we side with her callous young killer.

Article continues after advertisement
when you boil it right down, the most outrageous aspect of the Ripley books is the speed with which we side with her callous young killer.

In re-defining the psychopath as, “[a]n average man living more clearly than the world permits him,” Ripley’s creator displayed a deeper understanding of psychopathy than most crime writers, including the sensational Thomas Harris who in Hannibal Lecter gave us the opposite of average, saddling the genre for decades with the idea that a psychopath rather than missing some vital human component has something more than the rest of us—glamour, danger, hyper-intelligence, perhaps an obsessive love of art and music, and cordon bleu cuisine.

Rarely are Highsmith’s characters overburdened by sophistication. More often than not, they live commonplace lives. They behave inconsistently, a fact which can upset readers who expect crime fiction to serve a decent helping of order and explanation. Graham Greene pointed out it’s only when reading Patricia Highsmith that you come to realize how “unbelievably rational” most fictional characters are. For Highsmith, if truth is stranger than fiction why pretend otherwise?

Which brings us back to her resurgence today. Highsmith was among the first American writers to recognize that great crime fiction holds a mirror to prevailing morals and manners. Her amoral characters aren’t simply entertaining to read, they’re a savage commentary on society’s double standards. The Cold War exposed these duplicities, just as #MeToo and other movements are exposing today’s hypocrites and hypocrisies.

We must wait to see how Ripley, the TV series, finds its footing in this day and age. Will we fall for Highsmith’s anti-hero all over again? And if we do, what will this reveal about our capacity for being seduced by those with little but their own self-interest at heart?

The series, we are told, will draw on all five of the Ripley books (known collectively as the Ripliad), and will air on Showtime, a US television network. It’s time for America to embrace its home-grown antihero.

One critic blamed Highsmith’s unpopularity in the 1950s on America’s “relentless ethos of the pursuit of happiness.” Certainly her preference for tales of rootlessness and reinvention won her few official fans during the McCarthy era. Another astute critic suggested America’s reluctance to look directly at the truth was the root of the problem; Highsmith’s ideas about guilt are too sensitive, too nuanced and far too dicey. Then there’s the impunity with which her villains evade capture. Paving the way for the likes of Dexter, Patrick Bateman, and of course Hannibal Lecter. She allowed—indeed encouraged—us to empathize with her killers. A legacy we find in Capote’s In Cold Blood as well as the many retellings of the story of Leopold and Loeb, and in our own current obsession with true crime.

‘The nitty gritty of life,’ she said, ‘is anger, and a sense of injustice.’

This, if nothing else, will surely resonate with today’s readers.

Sarah Hilary's debut, Someone Else's Skin, won Theakstons Crime Novel of the Year and was a Silver Falchion and Macavity Award finalist in the US. Her first standalone, Fragile, was published by Pan Macmillan in 2021. Sarah is one of the Killer Women, a crime writing collective supporting diversity, innovation and inclusion in their industry.
http://www.sarahhilary.com 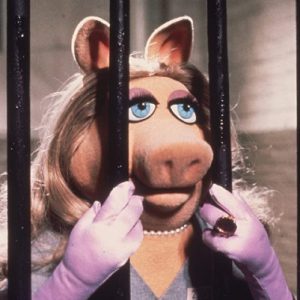 I started working at Lit Hub/CrimeReads in July of 2019, which means I've been waiting nearly a year for the June 26th anniversary...
© LitHub
Back to top