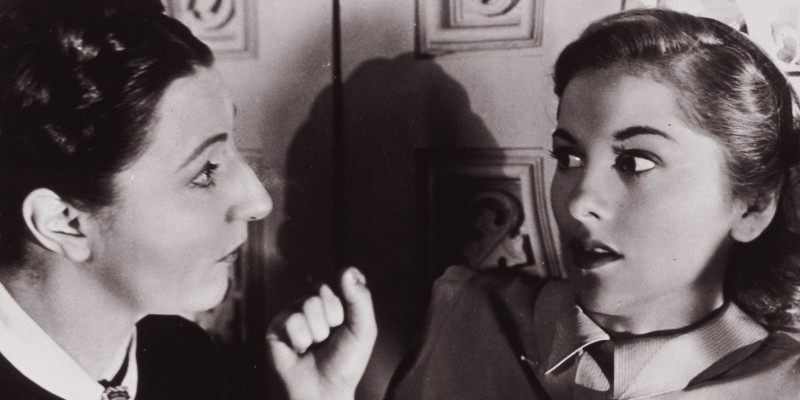 'Rebecca' at Eighty: The Women Behind the Hitchcock Classic

In 1938, Joan Harrison read a galley of Daphne Du Maurier's masterpiece. She wouldn't rest until she had the rights to adapt it.

For Joan Harrison, the fastest rising screenwriter in Alfred Hitchcock’s unit at British Gaumont Pictures in the mid-1930s, the obsession with Daphne du Maurier’s Rebecca began the moment she read the opening passage: “Last night I dreamt I went to Manderley again.” Even before she finished du Maurier’s galleys, Harrison was lobbying Hitchcock to make Rebecca his next picture—the big one that would propel the acclaimed Brit to Hollywood and worldwide fame.

Rebecca, set for publication in September 1938, extended a warm, welcoming hand to women readers, inviting them to burrow into the unattractive insecurities of an unnamed, unrefined orphan who finds herself in a gothic Cinderella nightmare. Having married an attractive, aristocratic widower, the heroine confronts constant reminders of the first wife’s elegance and superiority, nearly losing her sense of self altogether. Du Maurier reflected that she was “trying to explore the relationship between a man who was powerful and a woman who was not,” according to her biographer Margaret Forster.

Harrison felt compelled to make Rebecca because that kind of story had spoken to her as a young reader. Growing up, her favorite books were marked by dreadful domestic scenes and husband-wife whodunits. Plus, she intuited that the psychological thriller channeled contemporary gender anxieties. Joan, like many women, related to the heroine’s identity crisis, caught between the traditional expectations of the Victorian era (and its elevation of the “domestic angel”) and a modern world where women were reimagining their place as social and economic agents.

Hitchcock had every reason to trust Joan Harrison’s wisdom in this area. In the three years since he’d hired her as an office assistant, she had ascended in quick succession to story editor, development head, and screenwriter, and was now wearing the additional hat of creative producer, rather unconventional for a woman at that time. Despite being referred to as “the girl” in Hitchcock’s studio contracts, Harrison was a self-possessed, modern woman.

Chic, blonde, and blue-eyed, she was also playing a starring role in Hitchcock’s interior life. The more closely Harrison and the director worked together, the more alive the “Hitchcock blonde” became on screen.

Now, she was fixated on acquiring the rights to du Maurier’s novel. With the blessing of her boss, she began meeting with the author under the guise of doing research for Hitchcock’s upcoming filmic adaptation of the author’s 1936 novel, Jamaica Inn. She was schooled enough in disarming those like du Maurier who kept up a facade of reserve (after all, Joan was a kindred spirit). Could the screenwriter convince her that, unlike any rival film teams, Hitchcock’s would remain faithful to her novel? Du Maurier’s worst fear was that a screen version of Rebecca would be overly romanticized, with all the poison drained out. This, she confessed to friends, would be a crime.

The inspiration for the titular character was Jeannette “Jan” Ricardo, who had been engaged to du Maurier’s  husband, Major Frederick Browning, several years before the couple wed in 1933. Though the engagement had been short-lived, du Maurier was forever haunted by Jan’s love letters—signed with a sloping, oversized “J”—and the thought that Jan would have made a more enchanting, fitting companion for her mate. She was plagued by the unease that, deep down, Major Browning might have thought so, too.

Nothing would vanquish du Maurier’s doubts, not even the sudden news (in 1944) that Jan Ricardo had thrown herself under an oncoming train. Ricardo left behind a husband and a toddler. For du Maurier, her tragic death left in its wake only more emptiness. She had now lost her rival. But she retained her pen.

Upon its publication in August 1938, Rebecca was deemed a literary masterpiece (and would sell more than a million copies in its first year). Joan Harrison was more anxious than ever to secure the project.

As Hitchcock prepared to make his move to Hollywood to work with independent producer David O. Selznick, he lobbied Selznick to buy Rebecca on his behalf. Without Selznick, he and Joan were worried they would be outbid. Their fears were justified; in fact, Selznick’s own New York story editor Kay Brown (the “woman behind Selznick”) was convinced the book was an ideal follow up to Gone with the Wind, which was nearing completion.

Rather than turning the acquisition process into a competition, Harrison and Brown became conspirators. If Brown was as obsessed with du Maurier’s twisted tale as Harrison, it only made sense to pool their energy. Through back-channel conversations with du Maurier, the two women came ever closer to an agreement, as observed by a third player, Selznick’s London agent Jenia Reissar. She reported Harrison and Brown’s activities back to the Hollywood producer as though they were an espionage operation.

Just as Rebecca arrived in London bookstores in early August 1938, Selznick gave his approval to Kay Brown to purchase the rights. At last, Joan Harrison was guaranteed to make Rebecca. The itinerary for her voyage with the Hitchcock family—Alfred, wife Alma Reville, and daughter Patricia—to Hollywood were put in place for March 1939. She would begin writing the script, which would wind up taking one year and involve four collaborators (Reville, Michael Hogan, Philip MacDonald, and Robert Sherwood).

As Harrison tackled the adaptation, one of the central problems was how to approach the events surrounding Rebecca’s death. In du Maurier’s novel, husband Maxim de Winter is a murderer. (Upon discovering that Rebecca is having an affair with her cousin, Jack Favell, and that she’s pregnant with Jack’s child, he flies into a fit of rage and shoots her.) Even Selznick, who was a fervent believer in remaining faithful to source material, agreed that the movie would need to depart from the novel when it came to the events surrounding Rebecca’s death. Hollywood censors would never approve of this storyline, or the fact that du Maurier concluded the novel without sending Maxim to prison; the second Mrs. De Winter instead carries on in a troubled marriage, knowing her husband’s crime.

It was in these script trouble-shooting sessions that Harrison experienced the rough-and-tumble ruthlessness of the American studio system firsthand. On Rebecca, she was learning the intricacies of Hollywood moviemaking, yes, but she was also gaining a crash course in how to survive in the male-dominated world of Hollywood.

By late August, most of the script problems had been solved. An eleventh-hour epiphany by Robert Sherwood, the screenwriter brought in by Selznick to fill in dialogue, helped resolve the scene in which Maxim kills Rebecca. (If you haven’t already seen the film, the 80th anniversary is an auspicious moment to find out what happens!) In all, Harrison wrote at least five drafts of the treatment and script, going on to earn an Academy Award nomination for Best Adapted Screenplay.

Harrison’s introduction to Hollywood was marked not only by professional success, but by whirlwind romances and secret affairs, including one with screenwriter-turned-director Billy Wilder during his troubled marriage to painter Judith Irube (which ended in 1947). Those who knew her best, though, said she had only one obsession: her work.

Whether an obsession or a calling, it was the thing that would sustain her as she embarked on one of the most unlikely careers in Hollywood history—one that included eight films with Hitchcock, and an impressive run as one of only three women producers in the studio era, and, ultimately, a turn as a television pioneer, when she took on the daunting task of bringing Alfred Hitchcock Presents into America’s living rooms.

Joan, like her favorite heroines, was reimagining the future, and her place in it. For her, Rebecca was only the beginning. 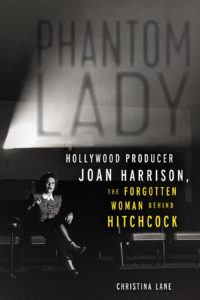 Christina Lane is the author of Phantom Lady: Hollywood Producer Joan Harrison, The Forgotten Woman Behind Hitchcock, Feminist Hollywood: From Born in Flames to Point Break, and Magnolia. She is Chair and Associate Professor of the Department of Cinematic Arts at the University of Miami, where she teaches film studies and women's studies. She is a member of the Women Film Critics Circle and has provided commentary to such media outlets as NPR, AirMail, and Turner Classic Movies.

The 50 Best, Worst, and Strangest Draculas of All-Time, Ranked 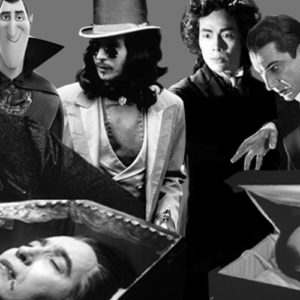 The 50 Best, Worst, and Strangest Draculas of All-Time, Ranked

The real immortality of the ancient vampire Dracula, the villain of Bram Stoker’s 1897 novel of the same name, resides...
© LitHub
Back to top