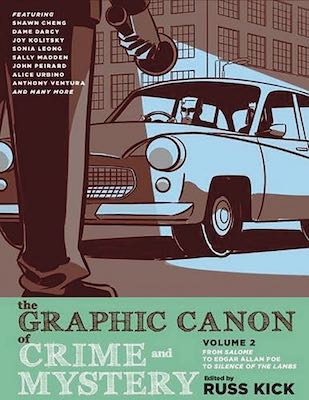 The following is an exclusive excerpt from The Graphic Canon of Crime and Mystery, edited by Russ Kick. Rebecca (1938), the film, is about the psychological haunting of a widower’s second wife by his first wife. It’s also a mystery novel because, well, how did Rebecca de Winter die anyway? Daphne du Maurier used the adjectives gloomy and grim to describe her fifth, most successful novel, and others have chimed in with bleak and “the relentlessness of a vivid nightmare.” It’s also complex and ambiguous: There are elements of androgyny, and the name of the narrator—the second wife of Rebecca’s widower—is never revealed. It was made into a classic film by Alfred Hitchcock, who also adapted du Maurier’s novel Jamaica Inn and short story “The Birds.” Emily Lambert is a full-time designer/illustrator of greeting cards, and she formed a comics collective with her two sisters (shades of the Brontës). The delicacy of her style aptly reflects the fragile state of mind of the unnamed narrator, the unworldy second Mrs. de Winter, who isn’t prepared for the life she’s jumped into. 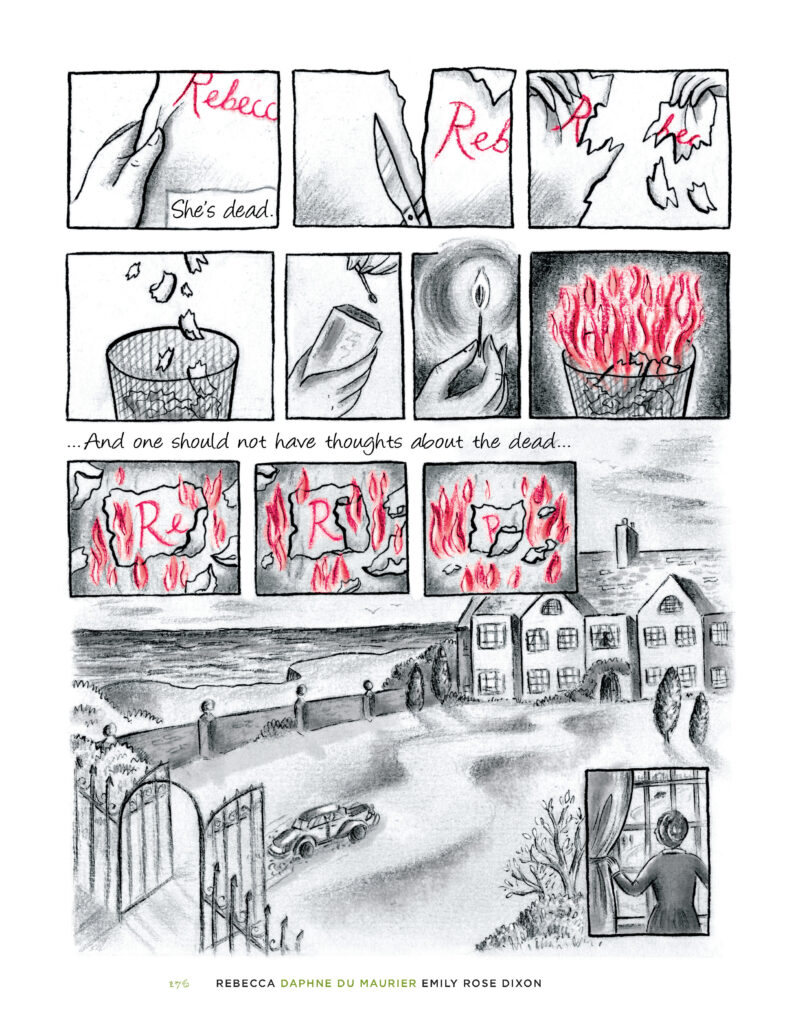 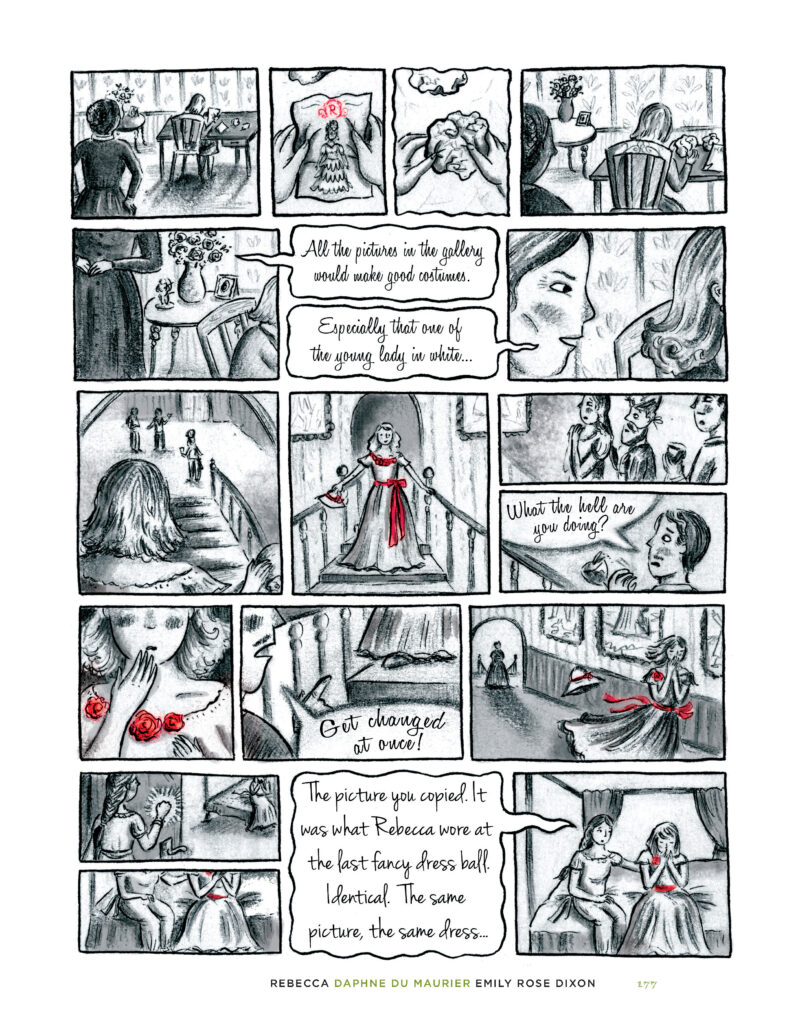 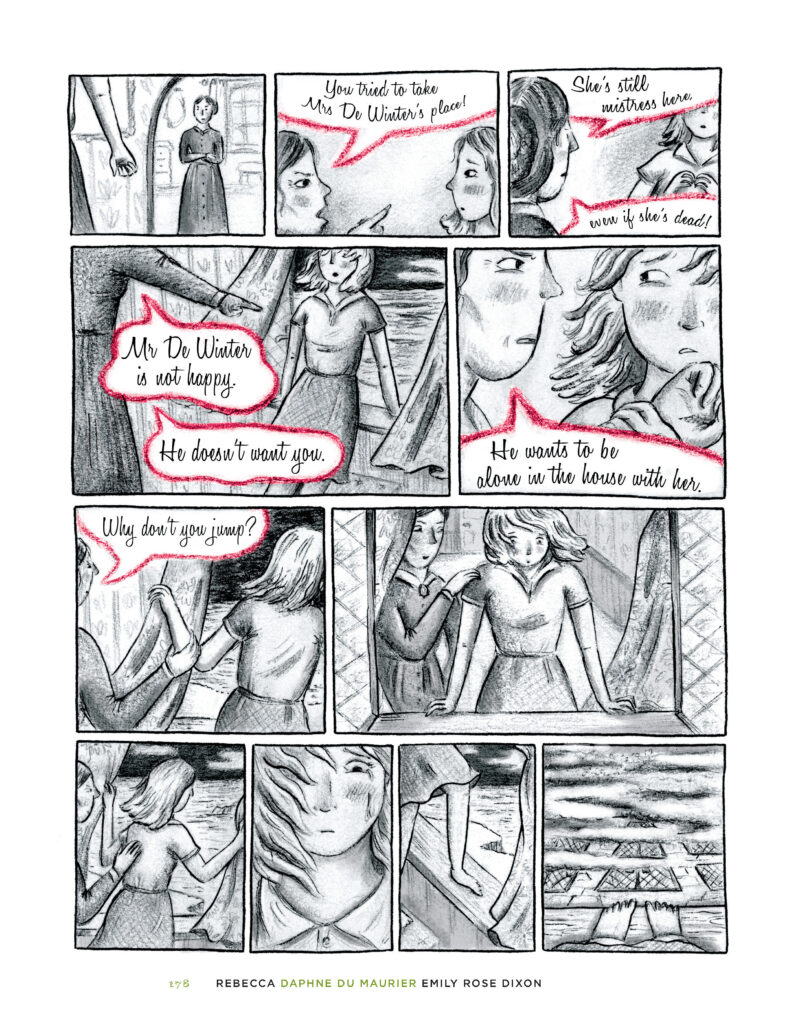 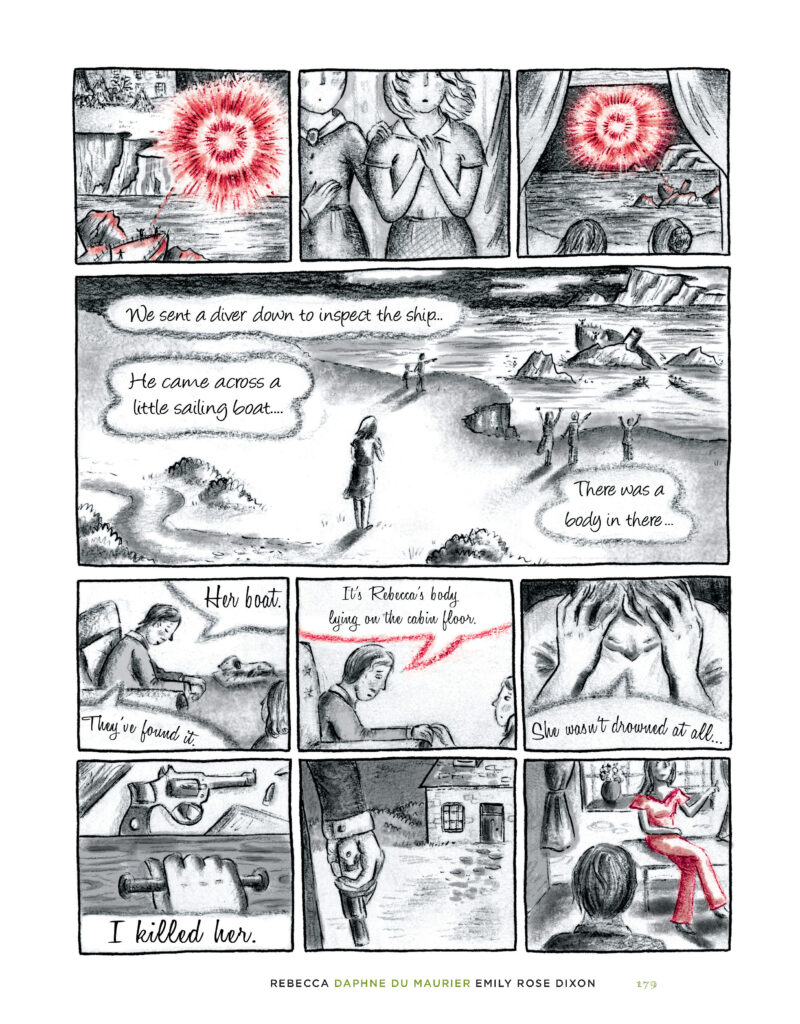 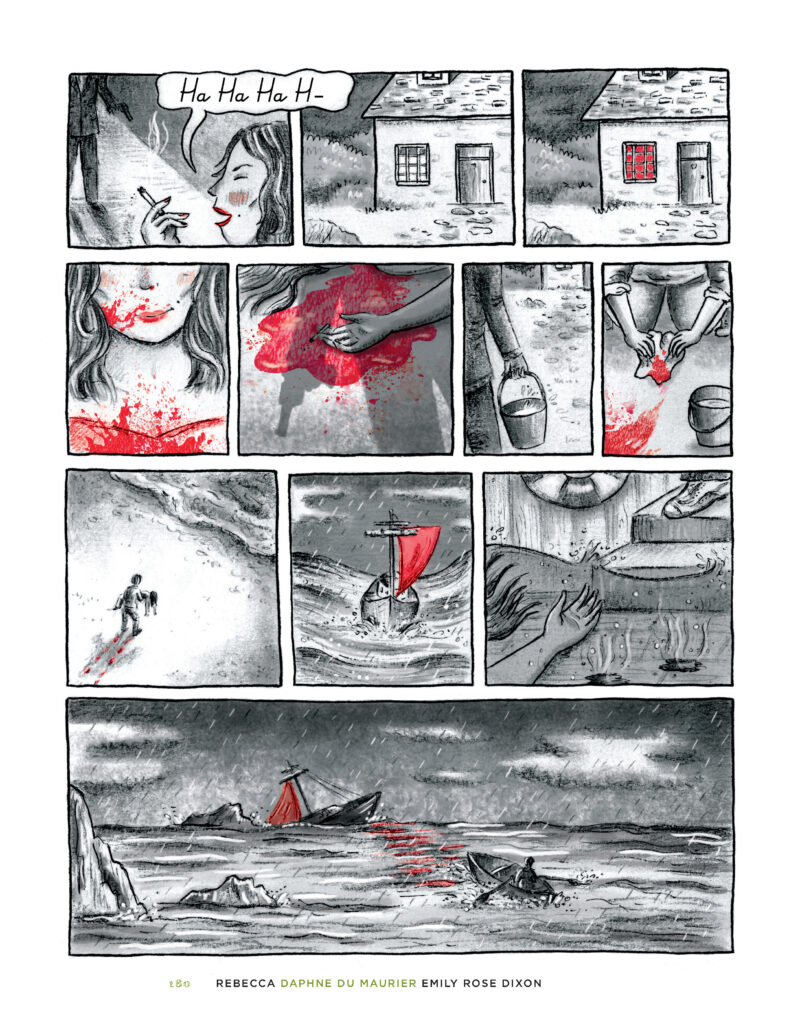 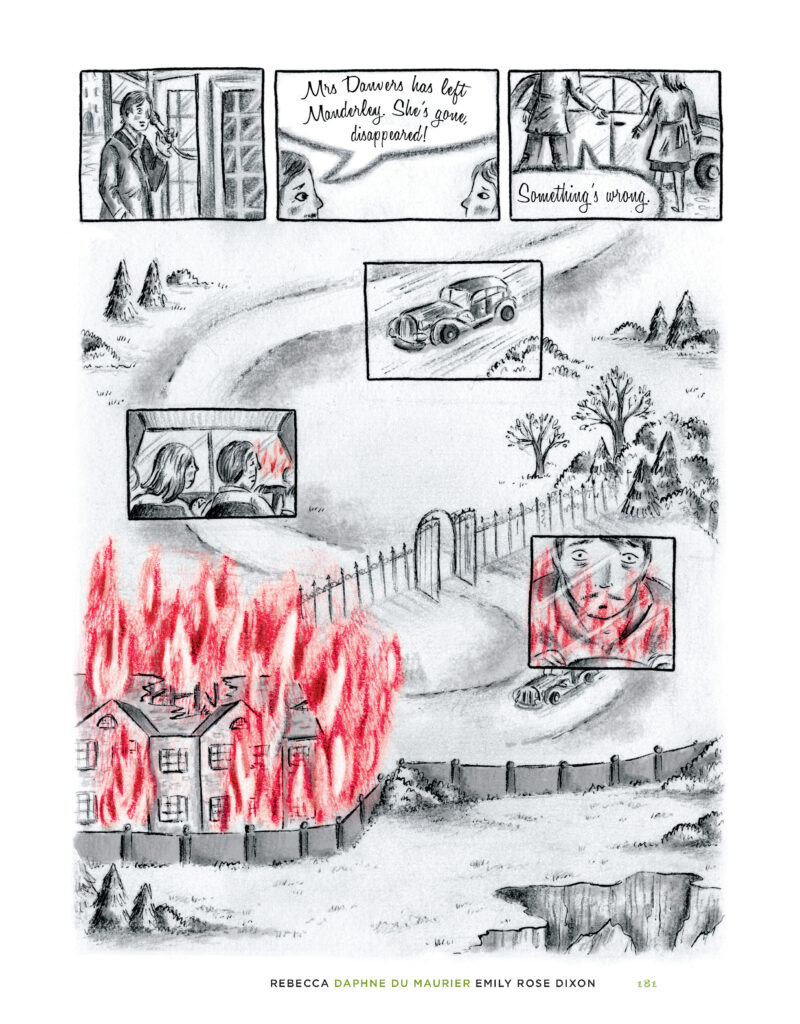 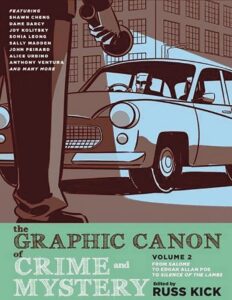 Excerpted from “Rebecca,” reinterpreted and illustrated by Emily Rose Dixon, included in The Graphic Canon of Crime and Mystery, Vol 2, edited by Russ Kick. Reprinted by permission of the publisher, Seven Stories Press. Copyright © 2021 by Emily Rose Dixon. 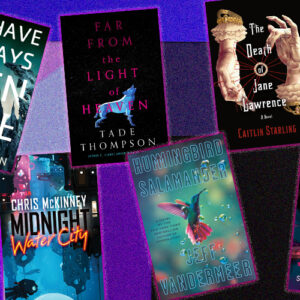 The Best Speculative Thrillers and Mysteries of 2021 The future is here. It's bright. And it's terrifying. That's what these authors seem to think, anyway. As we've sleepwalked...
© LitHub
Back to top