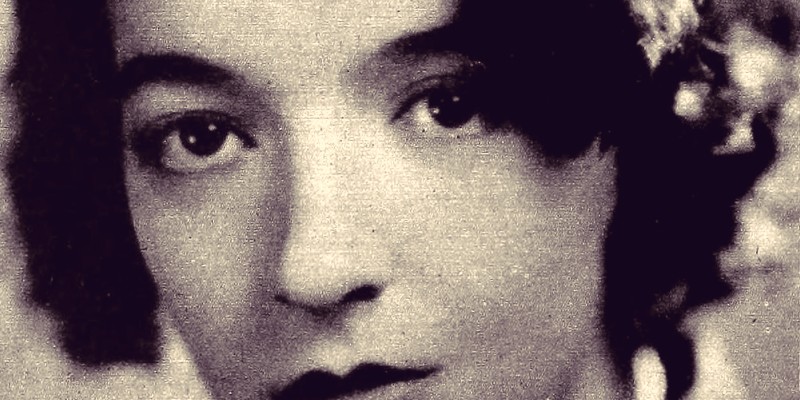 She was on the cover of Time, tore through an unknown number of marriages, and held onto her highball all the while.

I’ll start with the basics: Craig Rice was a woman, and her name wasn’t exactly a nom de plume. Shortly after Georgiana Ann Randolph Craig was born, her artist parents absconded to Europe, leaving her in the care of her paternal aunt (or half-aunt). The aunt, whose married name was Rice, adopted her niece, tacking on yet another name. The future comedic crime author eventually boiled her moniker down to two of its shorter parts, a wise edit for book-signings. 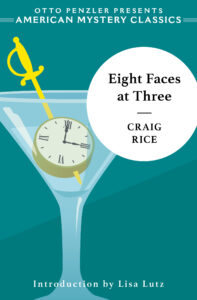 All this happened a long time ago. Rice was born in 1908. Her first novel, Eight Faces at Three—this one—was published in 1939. She’s been dead for more than sixty years. As I’ve wrangled with what my job is here, I keep coming back to one nagging question. With so many books to read—new ones, great ones, frankly more relevant ones—why spend your time on an author who’s all but forgotten?

The thing is, she mattered once. In a big way. She still does, but I’ll get to that.

Just seven years after writing this, her first novel, she was the first crime writer to grace the cover of Time magazine. It’s impossible to understand how much that meant back then—there’s just no modern equivalent. As always with fame, artistic achievement was only part of the appeal. Craig Rice lived a storied life even before she was published. One friend described her like this: “She was the only woman I ever met who could crochet, play chess, read a book and compose music at the same time—and hold a highball. I almost forgot that.”

The word “bohemian” comes up quite a bit in the Time article. I suspect her three-to-four marriages (at the time of print) had something to do with that. For husband number one, I can find only the name and a description: dreamer. Husband number two was apparently a newspaper man. Somewhere in the mix was another marriage. She couldn’t or wouldn’t recall the name of her second husband in the Time article, although I suspect she could have picked him out of a lineup. Lawrence Lipton, the beat poet (and father of Inside the Actors Studio’s James Lipton) was number three or four, depending on whether you count the guy whose name Rice couldn’t recall.

In her prime, Rice was busy, to say the least. She wrote at least two books a year while also making her mark in the movies, cowriting two entries in the Falcon series, among other highlights. It was rumored that she ghostwrote for Gypsy Rose Lee. She didn’t, but they were friends and even lived together for a stretch.

Rice was no stranger to ghostwriting, with non-credits including the actor George Sanders’s debut novel Crime on My Hands. She published books under a few other pseudonyms, with and without partners. When Who’s Who requested a photo of Michael Venning, one of her noms de plume, Rice posed in a fake beard, a hat, and one of Lipton’s coats. If that doesn’t sell you on her, you’re hopeless.

It’s easy to get lost in the fun, gossipy details of her life, but as you’re going down that rabbit hole, it becomes clear that her last decade or so got pretty ugly. Like so many of her contemporary authors—and, I’d argue, any forward-thinking woman living in midcentury America—Rice had her demons. She tried to drown them in drink but, as the sad old joke goes, some of the bastards learned to swim. It’s hard to write comedy when your world keeps getting less funny. Looking through the New York Times archives, I was surprised to find just as many notices of Rice’s personal misfortunes as reviews of her books. She died at forty-nine.

I want to believe she found some laughs even during her darkest days. Near the end of Rice’s career, she relied on ghostwriters of her own to meet deadlines. At one point she wrote to Lee Wright, her editor at Simon & Schuster, and asked whether she’d read her latest manuscript. “Yes,” she replied. “Have you?”

I’d like to think that whatever state Rice was in, she still found that funny. Rice almost always wrote through the lens of humor. Those were the books she left behind, and that’s how she should be remembered.

Which brings me to Eight Faces at Three, my own introduction to Craig Rice’s work. Here’s the spoiler-free premise: an old lady is murdered in her bedroom. Every clock in the house has stopped at 3:00 a.m. Her niece Holly finds the body and becomes the prime suspect. Jake Justus, press agent for Holly’s bandleader fiancé (it makes more sense in the book), finds her at the crime scene.

I’ll admit that for the first twenty or so pages, I was undecided.

Then Helene Brand walked into the room. Her looks are standard gorgeous, but she’s wearing a fur coat, galoshes, and pajamas. The first words out of her mouth are: “What in hell goes on here? The place is crawling with cops and Nellie comes over with some insane story about Holly murdering Aunt Alex—God knows it was a good idea if she did.” The sharp-tongued Brand sets the tone for the rest of the story. She supplies the booze, drunk-driving the plot forward to the very end. For her, the point of solving the crime isn’t justice or getting a murderer off the streets. It’s making sure the accused doesn’t do the time.

While Eight Faces is certainly a crime novel, it’s also a love story. Although we know it now as the first in the John J. Malone series, it reads more like the origin story for the Nick and Nora–style pairing of Helene Brand and Jake Justus. The book certainly owes a debt to the Thin Man movies, with gin-dripping banter stealing center stage from the crime in question. I’d never deny the charms of the William Powell/Myrna Loy pairing. I adore those films. But, ultimately, they’re the Nick Charles show. I can’t help but imagine what the Brand-Justus duo might have become if they’d been given more time on stage. They may share the detective work, but the spotlight shines most brightly on Helene in her signature pajamas and galoshes—definitely my next Halloween costume—skidding her Cadillac along the snowy Chicago roads.

Jake would be the practical one, reminding his wife of such boring concepts as sleep and speed limits. But I digress. As it turns out, John J. Malone, the gruff defense attorney, is the headliner of the series. This is Rice’s first description: “He was an untidy man; the press of his suits usually suggested that he had been sleeping in them, probably on the floor of a taxicab.” Malone is certainly a worthy hero—think Lou Grant with a law degree. And the good news, at least for me, is that Jake and Helene retain supporting roles throughout the series. Sometimes they help him solve the crimes, sometimes they’re tangled up in the middle of them.

But the book you have before you is where it all begins. For Craig Rice, and probably John J. Malone, these were the good old days, when the champagne was still flowing and everyone was living like there was no tomorrow. I strongly recommend knocking back a few rounds with Helene and her pals. I promise you won’t feel the hangover. More to the point, it’s the only way we have left to hang out a while with Craig Rice.

Lisa Lutz is the author of the New York Times bestselling, Edgar Award- and Macavity Award-nominated, and Alex Award-winning Spellman Files series, as well as the novels How to Start a Fire, The Passenger, and The Swallows. She lives and works in upstate New York.

The Photographers Who Inspire Megan Abbott 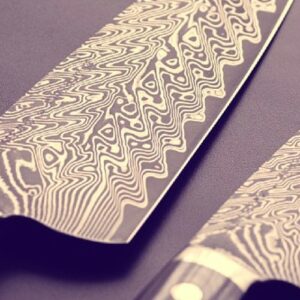 In 2018 the Staunch Book Prize launched, recognizing thrillers in which no woman is beaten, stalked, sexually exploited,...
© LitHub
Back to top