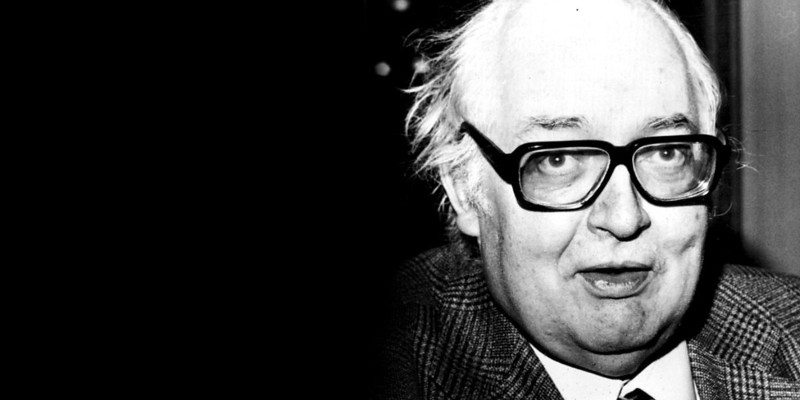 Remembering an Odd, Artful 'Requiem for the Detective Novel'

In 1950, the Swiss playwright Friedrich Dürrenmatt published a lost classic of crime fiction.

In 1950, renowned Swiss playwright and essayist Friedrich Dürrenmatt turned to writing crime novels because he was in need of money.

Dürrenmatt’s decision was a smart one. His first Inspector Barlach novel earned him an advance so high that his wife suspected he had stolen the money, and the second kept the royalties coming in. Dürrenmatt referred to the writing of these novels as “Brotarbeit.” Bread and butter work.

In 1958 he produced another work of detective fiction: The Pledge. Subtitled Requiem for the Detective Novel, it was doubtless intended to earn him a good income, as the Barlach novels had, but it did much more besides, asking questions that are relevant to both crime fiction, and to literature, today.

The Pledge opens with the languid voice of a crime writer, who is stranded after giving a talk, and is offered a ride back home with a former Kommandant (Chief of Police) of the Zürich canton.

The Kommandant, surely speaking for Dürrenmatt, doesn’t hesitate to share his strong views on the writer’s profession:

“I have never thought highly of detective stories…What really bothers me about your novels is the story line, the plot…You set up your stories logically, like a chess game: all the detective needs to know is the rules, he replays the moves of the game, and checkmate, the criminal is caught and justice has triumphed. This fantasy drives me crazy…in your novels chance plays no part.” (From the Pushkin Press edition, translated from the German by Joel Agee.)

An encounter at a local gas station with its owner, a broken and disheveled man, muttering and reeking of Absinthe, inspires the Kommandant to tell the writer a story of his own.

The Kommandant explains that the “pathetic, drunken wreck” who they have just encountered, is a man named Matthäi who was once a former colleague, a detective inspector  who was “…tough as nails, downright ruthless, and as hated as he was successful” but also a “genius.”

Readers of crime fiction will recognize the trope: a detective with a logical approach and emotional detachment, who has no time to court popularity amongst his peers but gains their respect for his results. The Kommandant’s unsparing description continues: “He was a top-notch detective, but he worked without passion…until one day he got embroiled in a case that stirred him to passion.”

Matthäi’s transformation from genius to wreck begins with his involvement in the case of a murdered girl, Gritli Moser.

Matthai approaches the scene where Gritli’s body is discovered with detachment and fortitude. “‘A police officer never looks away,'” he tells a colleague who cannot bear to look at the corpse, but shortly afterwards we see the first emotional crack appear in his professionalism, when he must tell Gritli’s parents about her brutal murder. It’s a subtle moment, but it leaps from the text.

“‘Gritli was murdered,’ Matthäi heard himself say, with a voice that seemed devoid of emotion. This annoyed him.”

His composure is threatened further by the parents’ devastation. “He would never forget this scene,” the Kommandant tells us. When Gritli’s mother asks Matthäi to promise that he will find the man responsible for her daughter’s death, he finds himself unable to refuse:

“‘It’s a promise, Frau Moser,’ the inspector said, impelled solely by a desire to leave this place.

‘On your eternal salvation.’

The inspector hesitated. ‘On my eternal salvation,’ he finally said. What else could he do?”

Dürrenmatt seeds his theme of chance through the novel. Matthäi, literally on the eve of leaving Switzerland to take up a prestigious position overseas, only attends this case because other officers are unavailable. The itinerant pedlar who police immediately suspect of Gritli’s murder, was in the area by chance. He is identified by the local villagers as the possible culprit through chance and a mob almost tears him limb from limb before the police are able to take him into custody. Matthäi is the man to tell her parents about Gritli’s death only because his colleagues refuse to.

As things progress, Matthäi readies himself to depart for his new job abroad. He turns a blind eye to questionable methods used to coerce a confession from the pedlar. When the pedlar hangs himself in his cell after confessing, Matthäi remains phlegmatic. He has made it clear that he does not believe the pedlar to be guilty, but his colleagues are satisfied. It is only at the airport, when is about to board his flight to Amman, that a chance encounter changes the course of Matthäi’s life for good.

“Several school classes had come to visit the airport…he looked at the crowd of children, who were waving… ‘Miss,’ he said, ‘I’m not flying,’ and he returned to the airport building and walked under the terrace with its vast crowds of children, through the building and on toward the exit.”

His promise is weighing on him, as his suspicion that the pedlar did not kill Gritli. In an instant, Matthäi abandons the path of his controlled and well-ordered life. The effects of his decision are immediate and life-changing.

“Matthäi felt like a ghost,” the Kommandant says, as he describes his former inspector leaving the police station hours later, after the news that it would not be politic for him to resume his old position in Zurich having let down the police force in Amman.

While Matthäi’s personal life swiftly becomes unrecognizable and even abhorrent to his former colleagues—”it was as if the man had transformed, metamorphosed…overnight”— he continues to investigate Gritli Moser’s case privately, doggedly piecing together clues from the murder scene and from witness statements, but there is a sinister undercurrent to his flawless detection skills.

The Kommandant is sickened to realize that Matthäi’s new life, with a former prostitute and her daughter who he invites to live with him at his gas station he has bought, is designed to entrap the murderer. Matthäi believes him to be a serial killer. He is using the young girl as bait because of her strong resemblance to Gritli Moser.

Matthäi’s gamble works. He convinces his former colleagues that the girl has been contacted by the killer and that the man intends to meet her in the woods near the gas station.

In a scene that has classic horror elements, the police wait, hidden, while the unsuspecting girl plays and sings in a small clearing in the woods, but the killer does not turn up. Hours of waiting turn into days. The Kommandant feels his own sanity slipping as the girl’s singing becomes intolerable: “She looked disgusting to me, vulgar, idiotic—I could have strangled her, torn her limb from limb, just to shut her up.” He feels taunted by the fine weather: “The sun was pouring more gold than ever onto that vile heap of garbage.”

He’s not the only one. The scene culminates in a terrible, cruel moment when their frustration and exhaustion get the better of the watching officers. They break cover, circle the girl and beat her.

For the reader, it’s a horrifying moment but has the potential for catharsis, because we anticipate it being an ending for Matthäi. We want him finally to see reason and to reform, but he doesn’t. “Now we must keep waiting,” he says. He has lost his mind.

The Kommandant adds a coda to the story that makes this outcome especially painful. Years after the case, he tells the writer, he heard a deathbed confession from a local widow who told him something that revealed that Matthäi had been right about the killer all along. Gritli’s murderer was due to meet the girl in the woods that day. It was only a chance event that prevented him from being there. Chance cost Matthäi everything. The Kommandant travels to the gas station to tell Matthäi, but it is too late to reason with or save him.

It’s the ultimate twist for the reader, a final narrative throw of the dice that leaves us weighing up fate and design, order and disorder, emotion and disengagement, and reminds how the Kommandant scolds the writer at the start of the book: “You can’t come to grips with reality by logic alone…You set up a world that can be managed; this world may be perfect; but it is a lie.”

That this crime novel ultimately asks where and how we find meaning in the world and how we navigate it, would seem to be no accident. “How does the artist survive in an educated world, the world of the literate?” Dürrenmatt asked during a talk he gave in 1954. “Perhaps by writing mystery novels, by making art where no one expects it.”

The crime writer’s voice re-emerges at the end of the novel, reminding us that this is a story within a story. He notes, of the Kommandant’s “immense verbal outpouring” that:

“I had to intervene, shape and reshape…according to certain laws of writer’s craft; in short to put it into publishable form.”

It’s a beautiful ending, a thematic sleight of hand, representing a nod to the genre itself and to Dürrenmatt’s complaints about it. The reader must consider whether this perfect little meditation on life, on crime fiction, on chance, and on fate has, in fact, been wrapped up too neatly.

Those few words remind us, too, that the writer and Kommandant only met by chance.

I can’t help wondering if Dürrenmatt smiled as he wrote them.

Gilly Macmillan is the Edgar Nominated and New York Times bestselling author of I Know You Know and What She Knew. She grew up in Swindon, Wiltshire and lived in Northern California in her late teens. She worked at The Burlington Magazine and the Hayward Gallery before starting a family. Since then she's worked as a part-time lecturer in photography, and now writes full-time. She resides in Bristol, England. Her latest novel is The Nanny, now available.

Mycroft and Sherlock: The Empty Birdcage 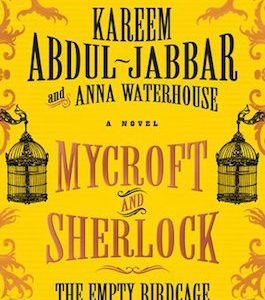 Mycroft and Sherlock: The Empty Birdcage

Cambridge, England Thursday, 8 May 1873, 10 a.m. Most of Downing College, with the exception of the East Lodge, was built...
© LitHub
Back to top