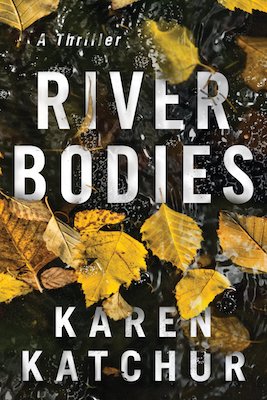 The following is an exclusive excerpt from the new backwoods thriller River Bodies, by Karen Katchur. In the following passage, a man disposes of a body while contemplating his life as an outlaw, and thinking back on how he was first introduced to violence.

John Jackson looked at the body on the ground, the .30-06 rifle warm in his calloused hand. There’d been a second, a slight hesitation before he’d pulled the trigger, when a small voice in the back of his mind had told him not to do it. He’d never survive inside the walls of a six-by-eight-foot cell. The stale air alone would kill him if something or someone else didn’t. He was a man who lived his life outdoors, his home an old farmhouse near the woods at the base of the Blue Ridge Mountains not far from the Delaware River.

As he stood over the body, he tried to sort his feelings, wondered if he felt anything at all. What was done was done. And the hesitation, well, it was something only he would know about, something that would claw at his conscience for the rest of his days.

He leaned the rifle against a nearby tree. His other rifle, a .22 caliber and a decoy on this occasion, he propped against a different tree, one he would pass on his way toward home. It was still October, and deer season was another month away, but it wasn’t unheard of for hunters to be in the woods, tracking their prey, building their deer stands with hopes of scoring a trophy buck. If John happened to pass one of these fellows who dreamed of a twelve-point deer mount hanging in his man cave, well, he wanted to make sure he was armed.

The sun started its ascent on the mountain, casting long shadows on the ground amid the blood and autumn leaves. He was running out of time.

He tossed his camouflage jacket and the leather cut he wore underneath to the side and rolled up his sleeves. After pulling on a pair of nitrile gloves, he crouched between the animal’s legs, because that was how he chose to see the man—as an animal, a deer, a young buck—the one with a bullet hole in his chest, a barbed wire tattoo around his bicep, a piercing above his left eyebrow. He tried not to think about how young this buck was.

He stripped the body of its clothes, his mind tricking him into believing it was just another skinning. It wasn’t, of course, and he felt the truth of it deep inside his bones.

He stripped the body of its clothes, his mind tricking him into believing it was just another skinning. It wasn’t, of course, and he felt the truth of it deep inside his bones. But he wasn’t willing to let the guys in the club down. He’d given them his word. He’d do what they’d asked of him, what they needed from him, a brutality even they had feared.

More and more lately, John was finding it harder and harder to live up to this false younger version of himself. Age had a way of softening him. The things he’d been interested in at one time, macho things like motorcycles, barroom fights, and strippers, now seemed like nothing but a waste of time. He’d even lost interest in much of the club’s business. They’d been dealing in arms for so long, at least two decades, it had become routine, hiding weapons in haylofts and underground root cellars on the farms in and around Portland. Besides, the younger club members ran most of the shipments nowadays. And just recently, John had entertained the idea of going nomad, not being tied to one club but a member free to come and go at will.

Until the animal in front of him had done the one thing John couldn’t forgive, the one thing that had cost the young buck his life.

It should’ve put his mind at ease, securing his commitment to the club and its members, pushing away any doubts he was having about his place, his chosen way of life. But it didn’t. Maybe he really was too old for this shit. He pulled the hunting knife from its sheath.

He hesitated again. Dammit. It was just another field dressing. He’d done a hundred of them on deer and rabbits and, once in Montana, elk and moose. Maybe he’d take another trip out West, take his motorcycle on the open road, visit old friends in the Montana chapter. A few weeks of hunting, a change of scenery, was just the thing he needed. He’d spent his whole life in this small town, secure in his ways. His problem was that he was too comfortable here. And a comfortable man let his guard down, making him vulnerable, making him weak.

He stuck the tip of the blade near the genitals, slicing through the skin and making his way upward toward the sternum, careful not to puncture the gut sack, the smell of which would be really bad. Only once had he punctured the gut sack of a deer, and that had been when he was a young boy. Russell, his old man, had told him to finish the job, although the meat had been spoiled not only from the fluids but also from John’s vomit. It had been a lesson well learned. A mistake he’d never made again. Russell had had no patience for mistakes and no tolerance for the cowardly.

John held the stomach away from the ribs, cutting the diaphragm from the rib cage wall until the guts flopped out. Then he severed the windpipe and ran the blade along the thin membrane around the heart and lungs, removing the organs along with the liver before tossing the whole mess aside.

“Something for the wolves,” he told his old man, talking to him as though he were still by his side, walking the earth.

When he finished, he stuffed the clothes into a sack, all of which would be burned later. He stood, his knees protesting, and picked up the rifle, slung it over his shoulder. Then he grabbed hold of the animal’s ankles. It was a short walk downhill to the river, the twigs and dry leaves crackling as he dragged the body behind him. The sound was much too loud for the silence in the woods, the dead quiet that had fallen soon after the first and only shot had rung out. But the closer he got to the river, the more the sound of the rushing rapids drowned all other noise.

He entered the water, the cold rushing to his thighs, soaking his pants, prickling his skin like icicles. He released his burden, letting the rapids take it where they may. There was no point in weighing the body down. The club wanted it found. They were sending a message.

There was no point in weighing the body down. The club wanted it found. They were sending a message.

He tossed the hunting knife and rifle into the river. He was about to turn around and head up the bank when he saw her. If he thought about it, which he would later, he would say she was right on time, running the trail on the other side of the river. He couldn’t have planned it any better, although he was convinced he hadn’t planned it all, at least not consciously.

He stood and watched her as he’d done on other occasions from this same spot over the last few years. He was certain she knew he was watching her, although she’d always pretended she hadn’t. He was okay with this. It was how it had to be. She was Clint’s daughter. Clint had once been the chief of police of Portland, retired now, and he was also a stepbrother to John’s old man, Russell. John had no claim on her outside of being distant family. But he’d watched her grow up and at one time had seen her as something akin to a younger sister. He didn’t have any other siblings, nor did he have any children of his own. His late wife, Beth, had been barren, her ovaries giving birth to nothing but cancerous tumors.

He expected her to continue on the trail like all the other times before, only glancing in his direction while making the turn that would lead her farther into the woods and out of his line of view. But this morning she stopped unexpectedly and stared back at him. To say he was surprised was to downplay the hammering inside his chest. He couldn’t move. His only thought was how fitting it was for her to be here with him. Like it or not, they were connected. He had no other explanation for it.

She hollered something. The river was loud, and he couldn’t make out what she’d said. He waited for her to speak again, staying rooted to his spot, staring back at her. Suddenly, he became aware of time slipping by, the danger they were both now in. He couldn’t wait any longer for her to repeat whatever it was she’d wanted to say. He turned and headed back toward the woods, believing her presence wasn’t a threat to him.

He hoped he wasn’t wrong.

He peeled off the nitrile gloves and stuffed them into the sack with the clothes. Then he slipped on his cut, the patches with the motorcycle club’s name scrawled across his shoulder blades, and reached for the camouflage jacket to cover his identity. He grabbed the sack and the .22 and left the small clearing where the animal had gone down and where the guts lay.

With the rising sun on his back and the rifle in his hand, he made his way out of the woods, walking as though he were just another woodsman returning from a morning of tracking. Hap, the oldest member in the club and his old man’s best friend, joined up with him about fifty yards from where he’d chased the young buck in the direction of John’s deer stand. Of course, he used the word chased loosely since Hap was seventy years old, although a spry seventy.

John nodded, looked dead ahead as they walked on.

“You didn’t have to be the one to do this, you know,” Hap said. “I could’ve gotten one of the others to handle it. Sooner or later one of them is going to have to step up anyway.”

He stopped and faced the old man. “This was personal.”

Hap nodded. “That it was,” he said. They walked a few more steps before he asked, “Was it done the same way as the other one?” 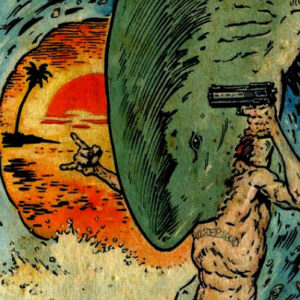