10 of the Greatest Road Trips in Crime Fiction

Every year come summer I start to think about committing a crime, not a very grave crime and certainly not a violent one, but sufficiently serious that I’ll be forced to make an all-cash purchase of a used car and a file to remove the VIN number, plus some dry goods and the flowers that my wife will look at with disdain when I explain to her what I’ve done, though in the end she agrees to come with me, because she took a vow and because I don’t drive confidently at night. Others share this fantasy, I’m sure. The open road calls to us all, and the fugitive life is as good a reason as any to explore the highways, backroads, and scenic overpasses of this vast and beautiful country. Crime fiction seems to think so, anyway. What other genre has embraced the fantasy of escape so fully? It’s right there in the literature’s DNA, from a time when the country was newly paved and every PI with a license was given a drop-top and a lost woman to find.

Over the decades there have been countless variations on the road trip crime novel. I’ll cop to it: I like every one of them. I’d go so far as to propose a variation on Chandler’s old maxim: “When in doubt, have a man come through a door and then go back out again and drive somewhere.” In honor of summer’s arrival and in an effort to suppress my fugitive daydream a few weeks more, I’ve collected here 10 personal favorites from the annals of crime fiction road trips. Whenever the heat settles in or you find yourself feeling restless, open one of these books and let the story transport you. 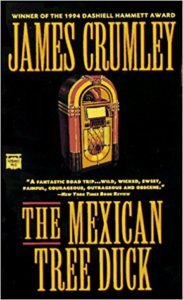 You could select almost any Crumley novel for a place on a road trip noir reading list. His first novel, The Last Good Kiss, remains on the Mount Rushmore of the sub-genre, but his 1993 novel deserves a spot on the list, too. At the time, it was Crumley’s first novel in a decade and had the notes of a swan song for his famed detective, C. W. Sughrue. Up in Montana, a local biker kingpin, “Abnormal Norman,” convinces Sughrue to go to Texas to find his kidnapped mother. That’s the ostensible engine of the story, anyway. The rest is a swirl of booze and other toxins, flashbacks inspired by chemicals and PTSD, a waking nightmare along the Texan borderlands that launches Sughrue into the abyss. There really is no way to summarize the plot of Crumley’s work. All you can really say is that it’s rare to find literature at once so exhilarating and meditative—joyful, manic and elegiac. 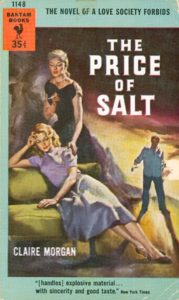 Patricia Highsmith, The Price of Salt

Groundbreaking in so many ways, Highsmith’s 1952 novel was also a seminal contribution to the burgeoning postwar road trip canon, deserving of a spot next to Lolita, On the Road, and many other tales of self- and national-discovery on the widening highway system. Highsmith’s Carol and Therese go on the road to escape the watchful eye of Carol’s domineering and soon-to-be ex-husband, only to find that he has a private investigator on their trail. The slow-burn of forbidden love only adds to the suspense, as The Price of Salt resists all the noir forces propelling the story forward to find an ending that can actually be read with hope. 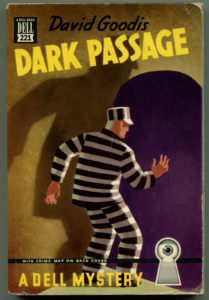 A classic novel, a classic film, and a seminal copyright case. (The Goodis estate’s suit against the makers of The Fugitive resulted in a landmark ruling on the doctrine of indivisibility.) By now, the plot is familiar: a man unjustly imprisoned for his wife’s murder breaks himself out, tweaks his appearance, then simultaneously goes on the lam and on the hunt for his wife’s real killer. The standard fugitive tropes can sometimes blur the memory as to just how chilling and how heart-pounding a story this really was, in the hands of Goodis, the OG of suspenseful noir. 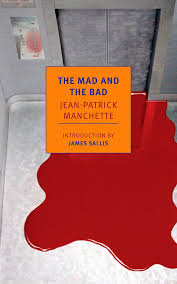 Jean-Patrick Manchette, The Mad and the Bad

An early and thrilling effort from Manchette, the godfather of hardboiled French noir, king of the neo-polars. At once a vicious satire of postwar French society, and a nod to American masters like Goodis, Manchette gives the open road thriller his own dark, Gallic twist. A successful businessman pulls a young woman out of an asylum and charges her with the care of his spoiled nephew, then hires a hitman to kill the both of them. For those who haven’t read Manchette, The Mad and the Bad is a great starting point: a distillation of all the hardboiled and Western themes that were working their way into a unique and evolving continental tradition. 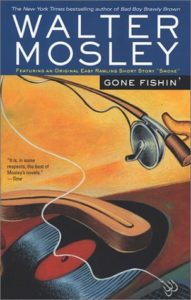 For years, readers of Mosley’s Easy Rawlins series got hints of a terrible adventure in Easy’s past, one that culminated in a man’s murder and set Easy on a path into the service and eventually to California. In 1997, that story got its own standalone novel, Gone Fishin’. In pre-WWII East Texas, Easy and his longtime protector/agitator Mouse Alexander go on a trip from Houston to Pariah, Texas. Easy comes to suspect that the violence and seeming chaos around them is being orchestrated by Mouse. After so many investigations in Southern California, it’s jarring and exhilarating to go with Easy down old, haunted roads. 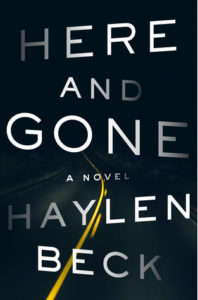 Beck’s 2017 novel (Beck is a pseudonym used by the Northern Irish author Stuart Neville) is a truly chilling upending of the mother-fugitive story. Beck’s heroine takes to the roads of the desert southwest with her small children in order to flee an abusive husband, but a seemingly random encounter with a sheriff results in the woman’s arrest and, even more troubling, the disappearance of her children, whom locals swear were never with her in the first place. What begins as a story about breaking free quickly turns into a dark tale about erasure and abuse. 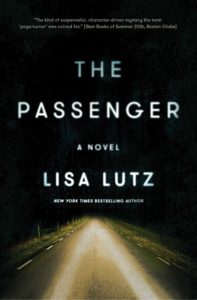 Lutz’s most recent standalone begins with the unforgettable lines: “When I found my husband at the bottom of the stairs, I tried to resuscitate him before I even considered disposing of the body. I pumped his barrel chest and blew into his purple lips. It was the first time in years our lips had touched and I didn’t recoil.” That launches a fugitive story like no other, in which Lutz’s heroine drives from one city to the next, each with a new identity, all part of an unlikely bid to stay off the grid in an all-seeing, all-tracking era. Lutz is a modern master of suspense, and there’s no better kind of momentum than the open road, even with a dark past in the rearview. 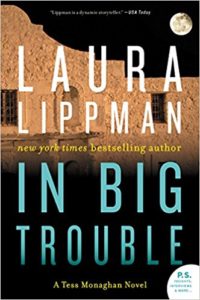 In the fourth novel in Lippman’s long running series, Tess Monaghan leaves the familiar haunts of Baltimore for the dusty roads in and around Austin, Texas. A cryptic note puts her on the trail of an ex-boyfriend whom she believes needs saving. Moving from one dark scene to another, Tess learns of the man’s hidden life and questions their own ending. The mystery, of course, is top-notch, but what sets this one apart is also the restless path Monaghan follows, fueled by a different kind of energy than her classic mid-Atlantic investigations. 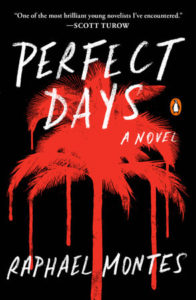 In 2014, Montes made his US debut with an intoxicating and disturbing novel, Perfect Days, telling the story of a young medical student in Rio, Teo, who grows infatuated and soon obsessed with an aspiring screenwriter named, appropriately enough, Clarice. When she turns him down, Teo kidnaps the woman and forces her into a road trip across Brazil, a vivid and at times surreal journey into madness. Montes manages to entertain and to send a lasting shudder down your spine. 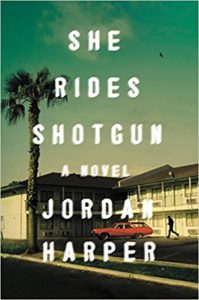 Harper’s 2017 novel is part fugitive story, part coming-of-age novel. Polly McCluskey’s father, Nate, gets out of Pelican Bay and makes a beeline for his daughter, whose life is in danger thanks to the enemies he made on the inside. A father and daughter road trip then doubles as a series of near-death encounters with the cliques and satellites of the Aryan prison power. Their journey over sun-baked California streets becomes one of the more thrilling and unexpectedly touching stories in recent memory.

Growing Up In the Golden Era
of Hard-Boiled Dames 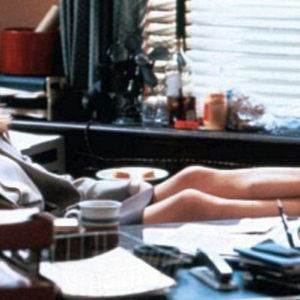 Growing Up In the Golden Era
of Hard-Boiled Dames

Way back when phones were the size of a stevedore’s lunchbox, fictional, home-grown PIs came only one way—hard-boiled....
© LitHub
Back to top