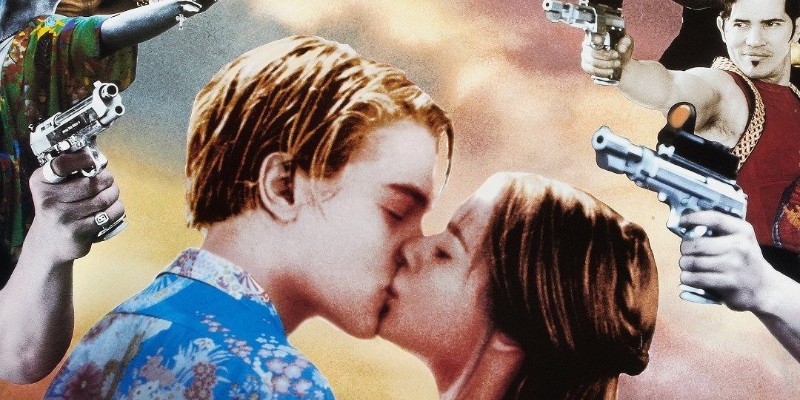 Romeo and Juliet. It’s the most famous love story in the Western canon. It’s also one of the most famous crime stories: William Shakespeare’s tragedy is as much a tale of factional violence and a criminal war of attrition as it of the transformational power of love. The bitter feud between warring aristocratic families, the Montagues and the Capulets (two real Italian dynasties who, prior to Shakespeare, were given literary immortality by Dante in his Purgatorio), have long served as the main inroad for ambitious filmmakers looking to update the play.

Times have changed in incalculable ways since the Elizabethan Age, but humanity still has a penchant for warfare along tribal lines. As such, Romeo and Juliet, with its ancient grudge breaking to new mutiny, remains timeless while simultaneously lending itself to just about any current-day conflict imaginable: ethnic, nationalistic, religious, geographical and, key to this list, criminal. In fact, because the central feud is so perfectly analogous to our conception of modern gang warfare, it has, on more than one occasion, eclipsed the central love story when being adapted to screen. “Violent delights have violent ends” indeed.

Might as well start at the bottom. This Joel Silver produced, kung fu adaptation from 2000 takes only the loosest inspiration from Shakespeare’s play. Moving the action to Oakland, California (though the film was clearly shot in Vancouver) and centering it around two mob families—one black, one Chinese—it centers around a convoluted mystery (minus any feel of actual mystery) involving waterfront properties and the NFL. Chinese action star Jet Li plays the estranged scion of the Chinese family, who comes to America looking to avenge the recent murder of his brother, only to fall for the musically gifted daughter (played by late R&B singer, Aaliyah) of his family’s enemy.

Boasting of all the worst qualities of late ‘90s/early ‘00s action movies—bad haircuts, baggy clothes, annoying camera tricks, faux edgy score, DMX—even Li’s physical talents can’t salvage things, as the poorly staged wire fu fight choreography is made unintentionally hilarious thanks to recurring bursts of pointless X-ray vision (a visual gag used to much better and more brutal effect in the ’70s exploitation favorite, The Street Fighter). A turgid and deservedly forgotten thriller utterly lacking in thrills, it also boasts one of the least believable romances to ever grace the screen. Not that Lee and Aaliyah’s lack of chemistry much mattered: early test audiences hated a scene in which the two shared a kiss so much that the studio cut it out. So not only is Romeo Must Die a thriller no thrills and a mystery with no mystery, it’s also a romance with no romance.

“From the playwright of The Merchant of Venice and the director of The Toxic Avenger…”  So reads the tagline for this splatter-punk satire from Troma Studio’s head schlockmeister Lloyd Kaufman (who wrote the script with a young James Gunn). It moves the action to the still-grimy streets of Manhattan, where a collection of headbanging punks (“Totally sucks!” is the titular Tromeo’s response to his beloved’s “Parting is such sweet sorrow,”), buxom babes, sleazy mobsters, crooked cops and Motorhead frontman Lemmy Kilmister (serving as the film’s gravel-voiced chorus) play out the Bard’s tale of star-crossed love.

Australian filmmaker Baz Lurhmann seized upon Romeo and Juliet’s inherent youth appeal by essentially turning the play into one giant alt rock music video (its hit soundtrack included the likes of Garbage, Radiohead, Butthole Surfers and The Cardigans). Anchored by lead performances from teen idols Leonardo DiCaprio (one year before Titanic launched him to mega-stardom) and Claire Daines, William Shakespeare’s Romeo + Juliet is definitely a movie of its time, one replete with all the excesses of the ‘90’s MTV aesthetic: fast cuts, bright colors, big performances, bizarre fashion, bombastic action and lots of sweaty, nubile sex. While the film kept Shakespeare’s original dialog, Lurhmann came up with some truly ingenious ways to otherwise modernize the story for a teen audience, including having the chorus play out as local news footage, turning all of the swords into guns (Sword and Dagger are brand names), and placing some of the more fantastical set pieces in a hallucinogenic context.

Here, the “fair Verona where we lay our scene” is Verona Beach, a hazy, slightly post-apocalyptic hybrid of East Los Angeles, Venice Beach and Rio de Janeiro where a city-wide war rages daily between the hot-blooded Capulets (dressed like narcotraficantes with a taste for ballroom dancing), and the more laid-back, Hawaiian-clad Montagues. Their feud is as over-the-top as their costuming: the film’s opening montage of civil disarray invoked the still-fresh memory of the ’92 L.A. Riots, while Lurhmann stages the opening skirmish between the families as a Sergio Leone Mexican standoff by way Tex Avery. It’s all grotesquely self-indulgent and at times obnoxious to the point of being cringeworthy, but it’s also relentlessly entertaining, which is more than can be said for some more classically minded adaptations of the play.

Abel Ferrara’s slick, but shockingly brutal China Girl is the platonic ideal of a modern Romeo and Juliet adaptation, in that it contains key elements of every other film on this list (including the one below): it is alternately a slick music video, a grimy exploitation film and a nuanced look at the way America subsumes one’s ethnic identity. (It also includes several kung fu fight scenes, as well as actor Russell Wong, who would land a similar role in Romeo Must Die 13 years later).

Set between Manhattan’s Little Italy and Chinatown neighborhoods, where the dividing line grows increasingly blurred after the Italian and Chinese mobs form a partnership, Ferrara backgrounds the story of doomed lovers (Italian boy, Chinese girl) in order to focus on the characters surrounding them: two generations of criminals on either side, all of them locked in a death struggle over wealth, power and questions of cultural honor.

Surprisingly, China Girl is the most sensitive film on this list, especially in its depiction of the disease of racism. But it’s also the most harrowingly violent, a neon-and-blood drenched noir that takes place entirely within the (often literal) criminal underworld of ‘80s New York. This is Ferrara’s stomping ground and he shoots it all with a master’s eye: a scene in which several young gang members are served up for execution plays out like a dreamier, almost ethereal version of the Baptism Murders from the first Godfather film, while the eventual death of the central pair is imbued with a visceral power that shocks the viewer no matter how many times they’ve seen this story play out.

What is there to say about West Side Story that hasn’t already been said? One of the most enduringly beloved movie musicals of all time, Robert Wise and Jerome Robins’ adaptation of the Arthur Laurents, Leonard Bernstein and Stephen Sondheim’s Broadway hit is a visual and sonic blast that’s lost none of its power over the intervening decades. If anything, some of its rawness plays as even more shocking when viewed today. Credit much of that to Wise, who before taking on co-directing duties had helmed several dark and psychologically complex films, including the Western noir Blood on the Moon (1948), the moody boxing drama The Set-Up (1949), and the gritty, racially charged heist thriller Odds Against Tomorrow (1959) (that film, with its bleak vision of ethnic enmity at the heart of the American experiment, makes for an particularly interesting companion piece).

Set in the asphalt jungle of New York’s Upper West Side, the film is as much about hate as it is love: even as we watch the all-consuming attraction blossom between soulmates Tony (Richard Beymer) and Maria (Natalie Wood), we see how the small rivalry between their respective neighborhood gangs—the white Sharks and the Puerto Rican Jets—ratchets into an increasingly lethal war (with just a little help from the local racist police). As celebrated as the film’s song and dance numbers remain to this day, it is less remembered for being a legitimately dark and at times disturbing—the film contains a brutal attempted gang rape at one point—look at the animalistic parts of human nature.

A remake of the film, directed by Steven Spielberg, is due out later this year. While it promises to rectify some of the problematic aspects of the original (i.e. no brownface this time out), one can’t help but wonder if his version will embrace or shy away from the grittier aspects of this classic love and crime story. 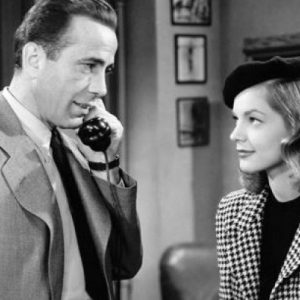