Santiago – the country’s capital and the largest city of Chile. Eight million people in a densely packed metropolis. Charming nineteenth-century neo-classical architecture all with the majestic Andes visible off in the distance. Out of the central city, through the surrounding vineyards, and the Pacific Ocean is a mere hour away. Surely one of Latin America’s most liveable metropolises? Peaceful now and a low crime rate by regional standards while, thankfully, General Pinochet and his dictatorship are long gone. But there’s also plenty of crime, though the nation’s turbulent political history seems never far away…

My own introduction to Chilean crime fiction was being recommended the work of Roberto Ampuero, a Valparaiso-born author and columnist who also happens to have been Chile’s former Minister of Foreign Affairs. Ampuero has written a couple of dozen crime novels though not all are translated into English unfortunately. Still, you can read the fun novel The Neruda Case (2008), which introduces Cayetano Brulé, a private eye in pre-General Pinochet Chile (1970s). Featuring the life of Chile’s most renowned literary figure, Pablo Neruda, Augusto Pinochet’s coup, Castro’s Cuba, and the violent Cold War in Latin America, The Neruda Case is a political thriller that sums up the end of an era in Chile. The novel is a fun trawl through crime fiction too – Brulé is a Santiago private eye version of Inspector Maigret, inspired in his investigative techniques by the works of Georges Simenon, gifted him (in the book at least) by none other than Pablo Neruda – ‘It’s time for you to read the Belgian’, declares the national poet of Chile. There are a number of other Brulé novels, though sadly not all currently translated from the Spanish. Apparently Chile’s very own Jules Maigret gets to meet not just the dictator Pinochet but also the earlier, and subsequently murdered, socialist leader of the country Salvador Allende.

Santiago resident Ramón Díaz Eterovic is one of the best-known crime writers in Chile. His creation, private investigator Heredia, has been adapted into the graphic-novel series Heredia Detective (2011), a hit TV series, as well as a dozen novels. Díaz Eterovic is an intellectual, literary author, and poet who opted to use the crime fiction genre to talk more personally about the wider state of Santiago and Chile. He has written that, ‘The police novel that I write is closely linked to the political crimes that have devastated Chile and Latin America….crime related to the power of the State, to the political and economic negotiations, to the lack of credibility in justice, to the search for truth. The police novel has been for me a perspective to talk about sensitive issues in Chilean society, such as the disappeared detainees, drug trafficking, lack of a real democracy, the betrayals.’

While we cannot read all of Ramón Díaz Eterovic’s Heredia stories there are a few in English. Dark Echoes of the Past (1987 in Spanish) finds Private Investigator Heredia reading detective novels with his cat (named, of course, Simenon – they do seem to like him in Chile) looking out over the Mapocho River (that divides the capital in two) from his Santiago apartment. Yet he has a case. An ex–political prisoner of the Pinochet regime killed in an apparent robbery. But nothing of value was taken. As Heredia investigates so Pinochet’s political legacy casts a long, dark, and very threatening shadow over the case and Santiago himself. There is also Angels and Loners (1995 in Spanish) where we find Heredia once again investigating the murder of his former lover, the Argentine investigative journalist Fernanda Arredondo, in a Santiago hotel room. Chemical weapons, foreign powers interfering in Latin America, political deals, elite corruption. Heredia is at the heart of the Santiago power structure once again. Let’s hope more Díaz Eterovic novels and Heredia’s receive translations.

And finally as usual something a bit different and, hopefully, a bit special. In 2009 the Chilean writer, Luis Sepúlveda, accepted Spain’s prestigious literary award, El Premio Primavera, for his unpublished novel The Shadow of What We Were. Judged against 300 manuscripts it took the pretty decent prize money of 200,000 euros. The Shadow of What We Were is essentially a detective tale that interweaves the stories of four men who return from exile to Chile and then meet in a Santiago warehouse to attempt to piece together their past. Summoned by an anarchist Pedro Nolasco, aka The Shadow, the former militant supporters of Salvador Allende, they have become disillusioned since his assassination. Santiago has profoundly changed under Pinochet and so have they: getting older, slower, grumpier.

At the time of the novel’s English language publication (2010) Sepúlveda told reviewers that it was really a book concerned with the history, fate and society of Chile itself, how to reconcile to Pinochet’s seventeen-year dictatorship, how to remember the killed or disappeared. The book is pretty personal to Sepúlveda, a journalist who spent several years in prison, fought in a revolution (Nicaragua’s), and lived many years in exile. The Shadow of What We Were is a big book, about a big moment in Latin American history, an engrossing read and eventually a crime novel – whether you consider individual petty crimes or the human rights crimes of Pinochet and his regime.

And that’s Santiago crime essentially – the same messy, bloody, seedy crimes as everywhere else but with the giant shadows of the Allende and Pinochet years looming over the Andes.

The Real Dangers of Conspiracy Fiction 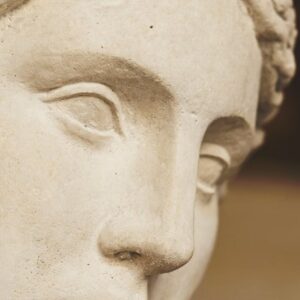 The Real Dangers of Conspiracy Fiction

On April 19, 1995, Timothy McVeigh, a former Army soldier, parked a Ryder rental truck outside the Alfred P. Murrah federal...
© LitHub
Back to top