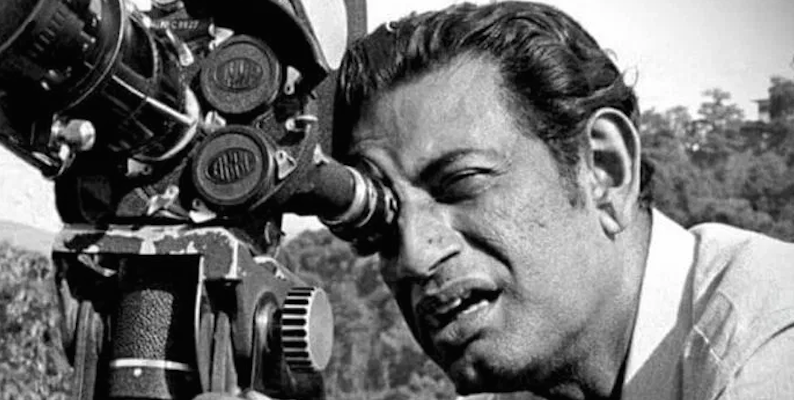 Reflecting on the brilliant career of Satyajit Ray

Those of you who are fans of international, avant-garde cinema will know of Satyajit Ray, one of the greatest filmmakers of the twentieth century. Born in what is now known as Kolkata in 1921, Ray made thirty-six films, of many genres, including the masterpieces The Music Room, The Hero, The Big City, and the Apu trilogy. In 1947, he established the Calcutta Film Society, to screen and discuss masterpieces of world cinema (their inaugural meeting screened Battleship Potemkin), and it became an extremely essential institution in bringing international film to India. An avid film fan, Ray hoped to become a director himself, and discussed this ambition with none other than the French auteur Jean Renoir, who was visiting Calcutta in 1949; Ray helped him scout locations while he was there. At this time, Ray was working for a British advertising agency as a graphic artist (he would later design book covers), and when the firm sent him to London for six months in 1950, Ray used this time to watch as many western films as he could. Apparently, he watched ninety-nine films while he was there, most meaningfully (for him) Vittorio di Sica’s 1948 neo-realist magnum opus, Bicycle Thieves.

In 1952, Ray decided to fulfill his longtime curiosity about adapting the popular bildungsroman Pather Panchali (the first in his Apu trilogy). With cameraman Subrata Mitra and art director Bansi Chandragupta (who would both also go on to illustrious careers), Ray financed the film with his own savings, filming it for two and a half years, whenever he could raise enough money to keep it going. Ravi Shankar did the score. In 1952, Ray showed a clip of the film to the visiting American director John Huston, who was floored. In 1955, the film was released, garnering fabulous praise internationally, except from Francois Truffaut, who complained about having to watch people “eat out of their hands,” and New York Times film critic Bosley Crowther, who called the film “exotic” three times while moaning that it wouldn’t pass as a “rough cut” in Hollywood. But the film had an enormous run in the United States, and it won won India’s National Film Award for Best Feature Film in 1955, as well as a new prize mysteriously called the Best Human Document Award at the 1956 Cannes Film Festival. Ray’s film career was born, and his film helped usher in a new era of Indian cinema, known as Parallel Cinema, which stressed authentic representations of life and was focused on social issues.

The polymathic Ray’s film career would flourish, as well as his design career. But, an erstwhile fan of Sherlock Holmes, he decided to create his own detective character: Prodosh Chandra Mitra, nicknamed Feluda, who first appeared in a short story Ray wrote in 1965, called Danger in Darjeeling, which he published in a children’s magazine that had been founded by his grandfather (and that he edited, too).

Feluda is about twenty-seven, tall, athletic, and a martial-arts expert. But he also possesses a brilliant analytic mind, which he uses to solve mysteries, with his sidekick and chronicler Tapesh Ranjan Mitra, nicknamed Topshe. His famous address is 21 Rajani Sen Road, and clients frequently knock to present him with their most puzzling cases.

Ray would publish 35 Feluda stories throughout his career. Feluda has also been adapted to screen (film as well as TV) countless times, with Ray himself having directed two Feluda films. Disney Channel India has even produced an animated Feluda cartoon.

The Sufi Spy Who Fought The Fascists in Nazi-Occupied Paris 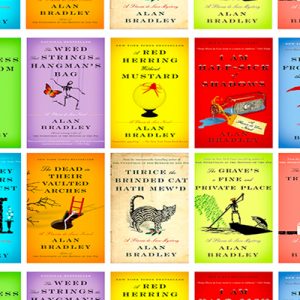 “Ha! while I gaze, pale Cynthia fades, The bursting earth unveils the shades! All slow and wan, and wrapped with...
© LitHub
Back to top