Julia Sirmons on the last chapter of the Breaking Bad prequel

We knew where this was going to end. From the beginning of Better Call Saul, the prequel series to Breaking Bad, we’ve known that Jimmy McGill, a talented con man turned dodgy lawyer, would eventually become Saul Goodman, the attorney who launders money for drug dealers (for a small percentage). The first two episodes of Saul’s final season, drawing us closer in time to the events of Breaking Bad, threw out several different plot points and feints that could suggest how we might end up at the status quo from the opening of that previous series. A show that thrives on plot twists and slow-burn narrative arcs, it has set several things in motion, any of which could lead to Jimmy’s final, irrevocable and tragic descent.

When we last left Albuquerque’s most “morally flexible” defense attorney, Jimmy was beginning his metamorphosis into Saul Goodman, building up a criminal practice under that name. At the end of last season, Jimmy was dragged into cartel business when hired as a lawyer to defend high-level dealer Lalo Salamanca on a murder charge. Jimmy barely survived a shootout over Lalo’s $7 million in bail money, then just escaped Lalo’s wrath from some fast talking from his longtime love and new wife Kim Wexler. High off of this adrenaline, Kim “hypothetically” floated the idea of ruining their former boss, Howard Hamlin, leaving Jimmy to ponder just how much his bad influence has rubbed off on her.

This season’s first episode (“Wine and Roses”) began as Better Saul Call’s episodes often do, with a montage and a flash forward. Saul’s garishly patterned ties tumble into a box, and we slowly realize we are in his gaudy, Versace-style mansion. It’s somewhere in the Breaking Bad timeline, after Saul has skipped town and changed identities to avoid the DEA. Movers have come to repossess his ill-gotten gains, and through their work we gradually see Saul’s house—a round-shaped bed surrounded by columns, a bathroom with reproductions of rococo painting and an actual gold toilet. Bottles of cologne and a big box of Viagra stand on his countertop. The scene is a reminder of how far Jimmy/Saul has to both rise and fall. This level of wealth is nothing close to what the man we know now could dream of. The gaudy midlife crisis-ness of it all is also a new depth for him; these are presumably the excesses he sinks to once Kim is (one way or another) out of his life. At the end of the sequence the camera zooms in on a small object that’s dropped out of a chest of drawers—a tequila bottle stopper that’s a memento from a night that Jimmy and Kim ran a (relatively) innocent scam on a douchey stock broker. This small memento of who the man used to be, lost and forgotten after his fall, is a loaded and poignant image to begin the season.

Opening shortly after the events of the last season, “Wine and Roses” shows us a Jimmy very much like the one we left. Terrified and horrified by his recent experience with the cartel, and on uneasy ground with Kim, this Jimmy is capable of moral qualms, and just getting used to constantly looking over his shoulder. He’s still as far cry from the glib, hardened sleazeball who’s happily laundering money for drug dealers and casually suggesting offing informants in the second season of Breaking Bad. Over the course of Better Call Saul’s previous five seasons, Bob Odenkirk has skillfully built pathos and graceful nuance into Jimmy’s character. One of the questions the sixth season will have to answer is if it is really possible for this new ch to fully “change back” into the glib, essentially comic Saul Goodman we first met in Breaking Bad, or if that is even something the viewer truly wants.

Jimmy’s always been terrified that his compulsive need to wheedle and deceive will eventually drive the more strait-laced Kim away from him. (Although not terrified enough, of course, to actually stop said wheedling and deception.) Kim and Jimmy’s relationship doesn’t seem to be too much worse for wear. Kim is clearly in denial about how much danger the cartel continues to pose for Jimmy, Rhea Seehorn’s performance has always been a masterclass in repressed feelings, this season her jaw seems tighter than ever as she gulps down her feelings. Perhaps it’s a desperate attempt to recapture their (comparatively) more lighthearted days that leads her to pull the trigger on the scheme to ruin Howard. Jimmy’s always been expecting Kim to be his moral compass, and she keeps surprising him (and us) with her own moral flexibility and love of a good scam.

Their current scheme, to undermine Howard’s career by suggesting he has a coke problem, seems darker, and more than the admittedly smarmy Howard deserves. There are some moments of fun hijinx when the pair plant a baggie of baby powder in Howard’s locker in the country club—Jimmy/Saul creates a diversion by claiming the club is discriminating against him because he’s Jewish, giving Odenkirk an opportunity for some virtuosic hucksterism. But any sense that this is all fun and games is nixed when we realize that someone is tailing Kim and Jimmy—one way or another, their luck is running out. It’s always been a distinct possibility that Kim might not make it out of this show alive, a possibility that’s only intensified since cartel members have now realized that she knows about Jimmy’s activities and is thus considered “in the game.” In Breaking Bad, deaths that were ordered, desired or seemed inevitable were often avoided, or at least unfolded in long, twisting plot arcs. Now this one, and what if could do to Jimmy, is hanging over our heads and could hit hard.

Things are also moving more quickly in Better Call Saul’s second story line, where the cartel seems posed for all-out war. The volatile and heated Salamancas have sought to destroy their rival, the efficient and ruthless Gustavo Fring. Gus, aware of this, has had his own mysterious plans in motion, but these took a major hit at the end of last season when his attempt to murder his rival Lalo failed, leaving Nacho Varga (Fring’s mole inside the Salamanca organization) exposed. Thanks to a charred body in Lalo’s kitchen, almost everyone thinks that the man is really dead, but Gus remains skeptical. When he knows for certain that Lalo lives, it shakes his bone-deep cool badly. There’s a great bit of business where the normally meticulous Gus breaks a glass in an uncharacteristic show of nerves. Giancarlo Esposito has always played Gus with contained elegance, and he shows Gus collecting himself, as he carefully picks up the pieces of glass and then brushes them off his hand with a handkerchief.

In these first two episodes of Better Call Saul, the tensest parts of the cartel storyline on the seriously endangered Nacho, one of organized crime’s great noble traitors. Nacho, beleaguered from years of unstable Salamanca rule and the stress of being Gus’s inside man, is desperate to get out of the game. On the run, Nacho knows the Salamancas are after him, but also doesn’t know if he can totally trust Fring either, now that he’s outlived his usefulness as a mole. Nacho, one of the great noble criminals, has made a lot of bad decisions for good reasons, motivated largely for his love for his father and his desire to keep him safe. In a show full of bravura performances of already-beloved characters, Michael Mando’s subtle and often soulful work as Nacho stands out in these two episodes. Holed up in a safe house that’s not so safe in Salamanca territory, his paranoia mounts as he realizes he’s being watched, and eventually outwits and escapes the Salamanca clutches. Nacho does not appear in Breaking Bad, leading us to presume he’s a dead man walking. But both shows often zig when you think they’re going to zag, and I wonder if Nacho, underestimated by almost everybody, may yet surprise us all by getting his wish and making it out of the game alive.

If Nacho does survive, it will probably be thanks to Mike Ehrmantraut, Gus’s right-hand man. Mike has come to terms with his own amorality, but he believes in good work and loyalty being rewarded. He and Nacho both do what they do for their families, and that’s led Mike to advocate for the younger man. “He’s earned your respect,” Mike tells Gus. Mike commits an act of tiny defiance when he steals a fake Canadian ID Nacho had made for his father, suggesting that even if Nacho doesn’t make it, Mike will abide by his wishes and get his father to safety. Mike and his slightly off-brand moral compass are the main reasons I have hopes for Nacho’s survival. He hates useless killing, and has already left Gus’s employ once when he’s been ordered to kill someone against his own best judgment. Gus and Mike have a fragile peace at the moment, would they maintain the good working relationship we know they have in Breaking Bad if Gus orders him to kill someone he doesn’t want to a second time?

These growing tension and growing violence of the drug trade plot brings Better Call Saul not only closer in time, but also in tone, to Breaking Bad. It raises an important question: does the inevitable convergence of the two shows’ timelines mean that Better Call Saul can maintain its (to my mind, superior) style—one of layered character development, deep meditations on morality and cause and effect, and beautifully crafted two-handed scenes with a cast of incredible actors? Last night’s episodes suggest that, though change will inevitably come, there is still much to love (and, of course, much to lose) in the final stretch of this incredible series. 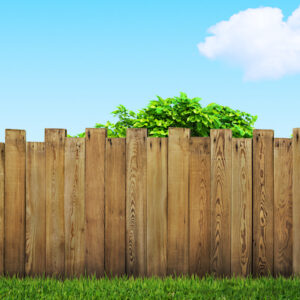