Vera Kurian’s extraordinarily entertaining Never Saw Me Coming is one of a few books in a new trend I’m calling “yoga pants noir,” in which hot girls in athleisure wear are no longer the victims—and they might be the killers. College freshman Chloe has carefully cultivated her nonchalant Cool Girl personality, but she has a secret: she’s a psychopath, hell-bent on getting revenge against a boy from her past who’s also attending the same school. The problem is, she’s not the only psychopath on campus—there are at least six others, all part of a long-term study that comes with a scholarship—and some of them have been turning up dead. Will Chloe get her prey, before she goes from hunter to hunted? –Molly Odintz, CrimeReads Senior Editor 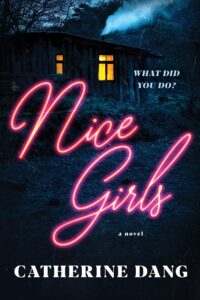 “Ivy League Mary,” the sullen protagonist of Dang’s Nice Girls, is recently expelled from her elite university and stuck working for minimum wage in her podunk hometown when her ex-friend-turned-it-girl disappears and a city-wide search commences. Another girl from the wrong side of town is also missing, and authorities seem unwilling to explore any connections between the two cases, so it’s up to Mary and her new friends to find out the real story behind the disappearances (that is, if Mary can check her privilege long enough to identify the culprit). –MO

Hot damn this book is good. In Jayatissa’s nail-biter of a thriller, Paloma, adopted from a Sri Lankan orphanage, has been given everything to succeed by her wealthy American parents, and yet at 30, she’s floundering, both in her job and her personal life. When her roommate finds out her darkest secret, then shows up dead, things are bad enough. When the body mysteriously disappears, along with all evidence of his existence, Paloma must face her fears and dive deep into her past to understand her present-day dangers. –MO 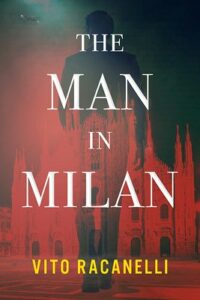 In Racnelli’s debut, a complex portrait of Italian ties and influence in New York City, two NYPD detectives investigate the murder an air force pilot with ties to the Ustica massacre, the infamous 1980 aviation disaster. Racanelli brings together a wide and intriguing cast to depict corruption at every level of the city’s power structure and a tangled web of favors and debts extending across an ocean to a troubled homeland. –Dwyer Murphy, CrimeReads Editor-in-Chief 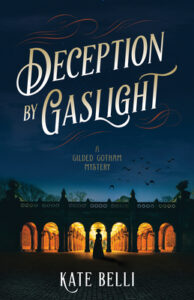 Belli’s debut is a rollicking journey through Gilded Age New York, centered on a young reporter’s quest to cover the story of a jewel thief who seems to be acting as a Robin Hood for beleaguered residents of the Lower East Side. Laced with romance, intrigue, and vivid historical detail, Deception by Gaslight is sure to earn readers’ appreciation. –DM 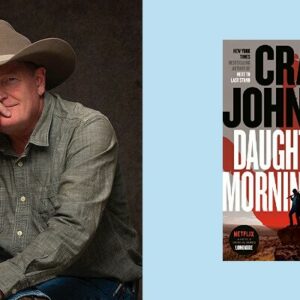 In the newest novel in Craig Johnson's Longmire series, Sheriff Walt Longmire is called out to assist Tribal Police in an investigation....
© LitHub
Back to top