Jewel thieves, literary scammers, and London fashion in the 1950s

These are boom days for writers and readers looking for thoughtful, hard-hitting stories about real-life crime. Whether you’re in the mood for a high-octane page-turner, an investigation, or a penetrating memoir, chances are there’s a book (and many a podcast or docu-series) out there for you. Every month, we round up the best new crime non-fiction with recommendations from CrimeReads staff. Here are the selections for September: 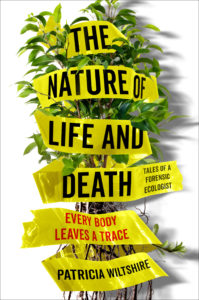 Wiltshire is a trailblazing forensic ecologist, meaning she studies the plant and natural life at crime scenes and helps detectives solve cases based on clues left behind and the pollen and spores tracked away. It’s a fascinating discipline, worthy of a close study in its own right, but where The Nature of Life and Death really shines is in Wiltshire’s engrossing meditations on the intersection of the natural world and the human—not just the human world but its criminal underbelly. 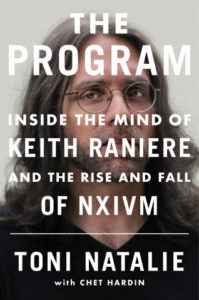 Now that headlines have had some time to subside and the legal cases an opportunity to start their way through the system, it’s time for books and documentaries about NXIVM, the so-called “Hollywood Sex Cult.” This first offering is from Toni Natalie, the former girlfriend of cult leader Keith Raniere and one of his first acolytes/victims. Natalie’s story is a fascinating one, and she’s earnest about doing the hard work of looking at how and why she was lured in by Raniere in the first place. 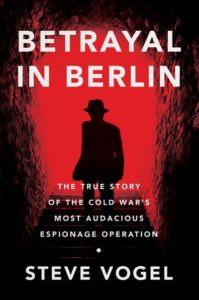 Vogel’s Betrayal in Berlin is a vividly-drawn, engrossing chronicle of a massive Cold War operation known as “Operation Gold,” in which the American and British attempted to build a tunnel into East Berlin in order to compromise Soviet military and intelligence communications. The plan was to link up the American to the Soviet sector, but in a bizarre twist of fate the project ended up compromised by a Soviet mole. Vogel’s mastery of this odd incident in espionage lore allows him to dedicate himself to bringing the paranoid, duplicitous atmosphere of Cold War Berlin alive in small, telling details. 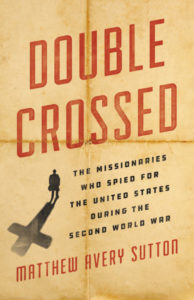 Apparently there were missionary spies during World War II. Who knew? Some of them were pretty effective, too, and nearly all of them had strange, complicated adventures of extreme moral and ethical ambivalence. Sutton captures their strange stories expertly, from the program’s inception (shepherded by none-other-than “Wild Bill” Donovan himself) to its unheralded role in the war to the more intimate stories that inevitably cropped up for men of faith charged with dark deeds on behalf of a greater good (only which good they were working on behalf of wasn’t always crystal clear). It’s a truly fascinating history. 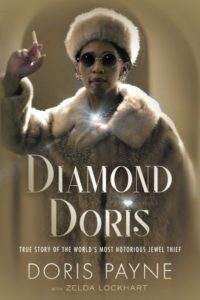 Move over, Thomas Crown—Diamond Doris did it better. Doris Payne, AKA “Diamond Doris,” worked as an international jewel thief for over 60 years, and is therefore the coolest person in the universe. Everyone should read this glamorous memoir, full of heists, hotels, and of course, diamonds, and then go see the movie adaptation (currently in production). 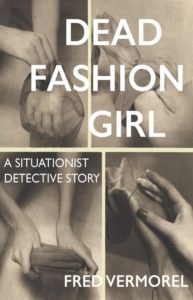 Dead Fashion Girl bills itself as a “situationist” detective story, and for this book, context is indeed everything. Vermorel is known for writing wicked “anti-biographies” of fashion and pop culture figures, and in Dead Fashion Girl he’s taking on the whole of fashionable London in the 1950s, taking a sharp, wicked look at a demimonde obsessed with transgressions and awash in violence. At the center of the story is Jean Mary Townsend, a twenty-one-year old fashion designer brutally murder. The case has gone unsolved, and Vermorel endeavors to expose not only the killer but the many layers of cover-up. It’s an interesting exercise and an addictive read. 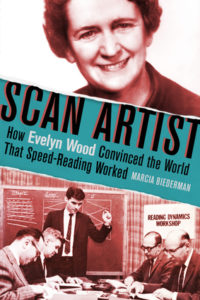 Not exactly a crime story, this one, but we’ll shoehorn it in because it’s one hell of a scam. Evelyn Wood was billed as “the most famous reading teacher in the world” after launching the brief but intense craze for speed-reading, a strange exercise that was marketed to the masses and got itself wrapped up in the Cold War battle for cultural supremacy. Wood, it turned out, had very little background in education and even fewer empirical data backing her methods and results. In Scan Artist, Biederman takes a fascinating look at how Wood’s program thrived, and what it meant that an eager nation was so willing to believe that flipping through the pages was not just reading, but a kind of public service. 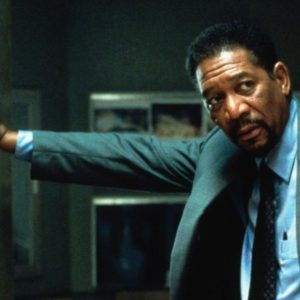 I love a great crime thriller, especially one that’s raw and visceral and frightening. Over the years, I’ve read or watched...
© LitHub
Back to top