Which Sexy Psychological Thriller Should You Read Next? An Author and Sex Educator Weighs In.

Let Briana Cole tempt you with a sultry psychological thriller...

I love a good psychological thriller. Something engaging to play on my psyche and keep me on the edge of my seat. Throw in a little sex and you’ve got a recipe for one salacious read! Being able to balance equal parts thrill and romance is a fine line. The genre is fairly niche, and authors have to perfect that delicacy of equal parts thrill and equal parts romance. But it’s these types of books that, I feel, make for a more immersive narrative because the story is able to play on a wide range of emotions. One minute, I’m haunted by the mind games of a psychopath. The next minute, I’m soothed by the intimacy with his first kiss. The best of both worlds. If you’re in the mood for a sexy and thrilling book that is sure to keep you captivated from cover-to-cover, here are a few from my bookshelf that you may want to consider adding to your TBR. 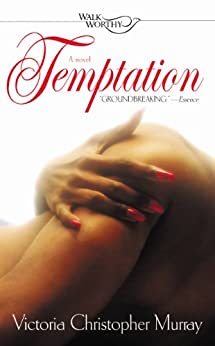 Jasmine and Kyla have been best friends for years, that is until Jasmine’s jealousy leads her to seduce Kyla’s husband, Dr. Jefferson Blake. What follows is a deliciously twisted tale of love and deceit, both in marriage and in friendships. I absolutely love the entire Jasmine series by my Soror, Victoria Christopher Murray, so it was hard to pick just one book. Temptation is the first in the series and with each new book, it gets sexier and sexier and that much more riveting. Highly recommend! 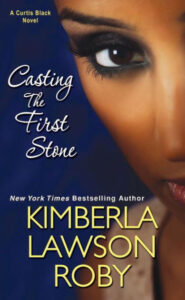 Another one of my favorite authors gave me the sexy and suspenseful Curtis Black series. There are a whopping 15 books included so I recommend starting with the first one, Casting the First Stone, to really get a handle on this joy ride. Right from the beginning, we delve into the scandalous world of a minister and his trials and triumphs as he battles everything that is clearly not of God. Adultery, murder, kidnapping, lies, and a whole lot of sin. And it’s worth every bit of sleep I’m sure you’ll lose! 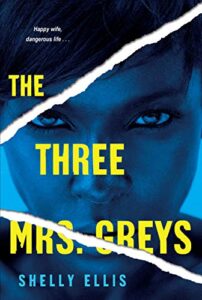 I was immediately drawn to this book by the title alone, and as soon as I read the synopsis, I had to dive right in: Noelle. Diamond. Vanessa. Each woman believes she is Cyrus Grey’s only wife–until he’s nearly shot to death. Now, as he lies in a coma, the deceptions keep coming, unraveling everything they thought they knew. Now granted, this one is a little more “domestic” than thriller but certainly enjoyable, nonetheless. A delicious guilty pleasure that pulls you in from the first page and grips you until the very end! 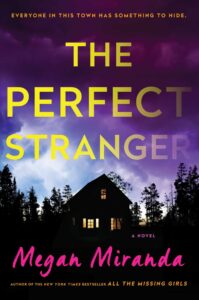 The Perfect Stranger, by Megan Miranda

The Perfect Stranger is an eerie cautionary tale with just a spoonful of romance to add a little flavor. After being forced to quit her job as a reporter, Leah runs into an old roommate Emmy who convinces her to move to Western Pennsylvania together as she’s also looking to start fresh. When a murder occurs in the small town and Emmy goes missing, everyone wonders if this woman really did exist. Leah begins to realize how little she knew about her friend as she begins to question her own sanity. The title alone was enough to have me anxious to finish. 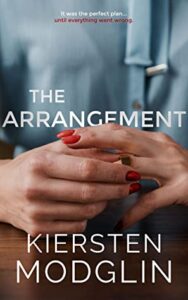 The Arrangement, by Kiersten Modglin

The Arrangement was my first introduction to Keirsten Modglin and it was after this that I fell in love with her writing. Seriously. I binged every one of her books after this one blew me away! A couple plans on spicing up their marriage in the hopes of bring them closer. Once a week, they’re able to hook up with anyone they want as a “freebie.” All is going well, until a murder takes place. 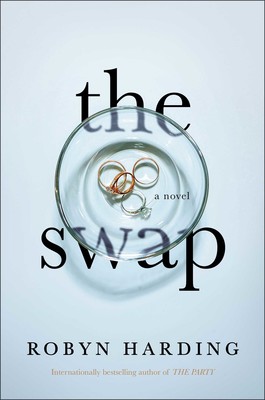 A night out at a friend’s house, a dabble in drugs, add in some spouse swapping, and what do you get? A provocatively thrilling mess that shows you how lust and obsession can be dangerous, addictive and so very wrong in all the right ways. Robyn Harding brings out all the stops for shock and entertainment with The Swap, which follows Low, an awkward teen, who becomes enamored with Freya, an ex-social media influencer. When Freya befriends another new resident, Jaime, Low becomes possessive. What could possibly go wrong when Jaime and Freya decide to swap husbands? The short answer? EVERYTHING! (It’s also worth noting that Robyn Harding has a book also called The Arrangement that is just as riveting). 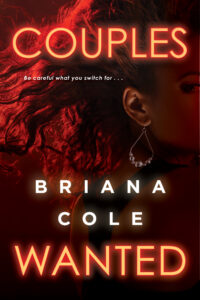 Have Cozy, Will Travel: Books in Which Cozy Protagonists Are On the Move 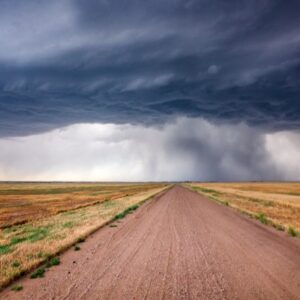 The FBI, as America’s top law-enforcement agency, has always depended heavily on informants to bring to justice all manner...
© LitHub
Back to top