She's Your Man: A Ode To The Trouser Roles and Tenement Kids of the Gilded Age

A historical novelist turns to the cross-dressing actresses of the turn of the century in crafting a fierce, independent sleuth.

A beautiful woman with a glorious voice, dressed in well-fitted breeches dueling the villain between arias. It sounds like a Gilded Age gentleman’s opera fantasy, but it’s really a dream come true for a mystery writer looking for a unique idea. Best of all, it’s based on reality.

Let’s start on the stage. In the early days of opera, the seventeenth and eighteenth centuries, there were a good number of castrati singers, men with artificially high voices for exactly the reason the name suggests. Amazingly enough, that wasn’t a popular career choice for long. By the end of the eighteenth century, there were plenty of heroic lead roles written for castrati, and no men capable of singing them.

Enter the mezzos. Clever opera companies figured out that mezzo-sopranos, women with mid-range voices, could sing those super-high male roles, and even better, look really good doing it. By the end of the nineteenth century, there were women who had thriving careers singing roles like Romeo or Cherubino in Mozart’s Magic Flute.

Their vocal skill was only part of it. Remember, this was the time when a glimpse of stocking really was something shocking. The sight of a woman in breeches was a sensation. An opera production was quite literally the only respectable place you could see a woman in pants.

The gentlemen certainly appreciated that along with the quality of the opera. Victorian men loved to look at anything forbidden, and a lady in pants definitely qualified. But it’s still important to remember that they’re at the opera, not the dancehall. This is a respectable, cultured environment, and the woman singing is to be considered a lady and an artist, even if she is striding around the stage in breeches.

So we have a smart, talented woman who’s as skilled with her sword as her voice. That’s a pretty strong start for an amateur detective in a mystery series. She has all the usual intellectual and deductive skills you’d expect—plus she can do all that wonderful action-hero stuff usually reserved for males, like dueling the killer on a catwalk. (Of course that happens in her debut!)

But this opera diva isn’t just hanging out there in space singing away.

She lives in, and is a product of, Gilded Age New York. It’s a time when the rich had quite literally unimaginable wealth, and the poor truly had nothing. There are stories of tenement families who stayed in bed while the mother washed their one set of clothes on laundry day. And they were the lucky ones—because they had blankets and the resources to keep clean.

A writer with a sense of social justice can’t just skate on the surface with the rich folk and ignore everything that’s happening on the other side of town. At least I can’t.

So my diva is a poor tenement kid made good.

It’s all in her name. She performs as Ella Shane, but she was born Ellen O’Shaughnessy to an Irish father and a Jewish mother in the late 1860s. At the time, interfaith marriages were not only rare, but a ticket to the social abyss for the partners – and their future children. But that didn’t stop Frank O’Shaughnessy and Malka, later Molly, Steinmetz.

Malka, by the way, was far from the first of her name to become a Molly. Molly was an easy Americanization of the Hebrew name, which means “queen,” and became fairly popular among Jewish New Yorkers. One of the most famous was a performer who started a few decades after my diva: Molly Picon, a legendary actress in the Yiddish theatre and later radio and TV, was born Malka Opiekun. But Ella’s mother gets her name from another beloved Molly: my husband’s grandmother.

Little Ellen O’Shaughnessy’s life would never have been easy, but her father’s death when she was an infant, and her mother’s long, slow, demise from consumption guaranteed a wretched struggle for survival. For her mother, and as soon as she was old enough to use a needle, young Ellen, that meant piecework. Sewing shirtwaists, or skirts, or whatever was needed kept many tenement families (barely) fed, but it also left them entirely dependent on speed, health, and eyesight. Any number of people found themselves facing ruin when their eyes or health began to fail.

And ruin it would be. This was the era of the “deserving poor,” and those different-sounding and -looking people packed into the tenements would not have qualified. For some, there were religious or ethnic benevolent groups to take care of the unfortunates when tragedy struck…but not all. If there wasn’t enough piecework, there wasn’t going to be enough food, or anything else.

Young Ellen would have ended up in the orphanage, and probably, her own plot in Potter’s Field, if her namesake Aunt Ellen hadn’t come to the rescue when Molly finally succumbed to consumption. A few years after Aunt Ellen took her in, the girl was cleaning a house when the mistress heard her and sent her to sing for her sister, a famous diva.  That began the road to fame and fortune.

But even in the late 1880s, the wealthy opera patrons would not pay good money to see a girl named Ellen O’Shaughnessy. Anti-immigrant prejudice was receding somewhat by then, but it was still very real. When she takes the stage in one of those magnificent trouser roles, it’s as a woman who could be from anywhere, or nowhere: Ella Shane.

Not that she’s forgotten who she is. Ella surrounds herself with her Irish family and friends, and lives with her cousin — Aunt Ellen’s son — former boxing champ Tommy Hurley. More, while she goes to Mass every week, she also lights Sabbath candles each Friday night in her mother’s tiny pewter holders, the only thing she has from her.

Her difficult childhood doesn’t just make Ella understandable and relatable in a way a privileged diva is not, it also gives her street smarts. When another singer tries to insult her by saying that Lower East Side kids are canny, Ella considers it merely a statement of fact.

This is not your usual diva in any way.

So, when Ella takes her bow on premiere night at the beginning of her newest adventure, A FATAL FIRST NIGHT, she has a very special set of skills to catch a killer. She’s going to need them. 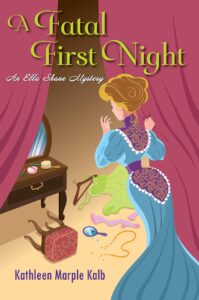 Kathleen Marple Kalb lives with her family in Cheshire, Connecticut. She is a weekend morning anchor at New York's 1010WINS Radio, capping a career she began as a teenage DJ in rural Western Pennsylvania. She's currently working on the next Ella Shane historical mystery.

Psychological Thrillers and Domestic Suspense in the Pandemic Era: A Roundtable 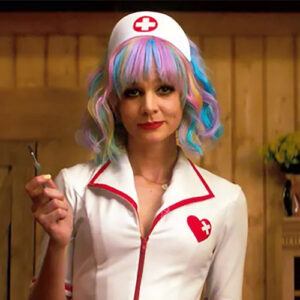