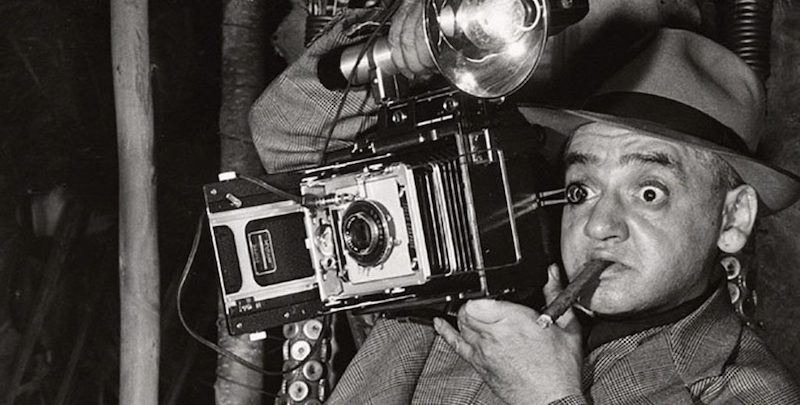 How Press Photographers Created The Visual Definition of Noir

You know it when you see it: that classic moment in 1930s movies when the press photographers scramble to grab the shot of the dead body on the sidewalk or capture the scandalous image of a celebrity having drinks with the wrong person in a shadowy nightclub. The following elements are usually involved in those scenes:

And you know what? The movies got it right, especially the part about the camera. The Speed Graphic was the emblem of the press photographer—as good as a genuine press pass when it came to getting past the police lines. That worked out well for all the freelancers who were trying to make a living shooting crime and fire scenes.

It became an iconic symbol of press photography in part because it was the camera of choice of the famous Arthur (WeeGee) Fellig. Fellig developed a reputation for possessing the uncanny ability to arrive at a crime scene at the same time the police did.  (He is said to have claimed that his nickname was taken from the Ouija Board). The photos of dead bodies, fires, and criminals doing the perp walk in New York City gave us the unforgettable visual definition of noir.

The Speed Graphic was the emblem of the press photographer—as good as a genuine press pass when it came to getting past the police lines.

Although there were other press cameras, the Speed Graphic was popular with photojournalists for decades. It was carried into World War ll and Vietnam. One of the reasons was that the cameras were built to take a lot of hard use. They were solid, sturdy, dependable.

You could make a living covering crime and fire scenes if you were willing to sleep with the radio tuned to the police band or if you hung out at the police station all night and watched breaking local news come in over the teletype. But it was a tough life and it didn’t pay well. Vivian Brazier, the heroine of my novel, CLOSE UP, is scraping by doing newspaper shots—and, okay, photographing scantily dressed, well-built men who work out at the nearby Muscle Beach—but her dream is to become a fine art photographer.

Vivian is good, maybe even great but the one thing that could shut down a future in art photography is having the art world discover her sordid life as a freelance press photographer.

The question of whether photography qualified as “high art” had been raging in the art world since the camera was invented. The battle lines were drawn early on and they still exist today.

Close UP is a novel of suspense, so of course Vivian Brazier soon becomes the target of the killer. In the process of trying to stay alive and figure out who wants her dead, she is desperate to keep her work as a press photographer a secret from the owners of the elite Southern California art galleries.

One of the ways Vivian has been able to keep her secret is that newspaper photographers rarely got credit for their photos. In the early morning hours, the freelancers hustled around to various local editors and the syndicates, selling their pictures. Not all shots worked with every newspaper. The “family” papers did not want blood and gore so the pictures of dead bodies had to be tidied up. To protect the delicate sensibilities of their readers, some editors preferred shots of murders and violence that were taken from a discreet distance. The scandal sheets wanted the more gruesome images and those compromising photos of celebrities.

To make a living as a freelancer you not only had to know the tastes of the various photo editors, you had to get a shot that had something a little different about it, something that set it apart from the images that the competition offered. That wasn’t easy given the constraints of crime scenes and the bad lighting available in the night clubs.

Getting the photos developed quickly was another issue. The photographers on the staff of the newspapers—the ones who got regular paychecks—were usually the last to show up at the scene because they didn’t get the word until they were rousted out of bed by a late night phone call from a night editor. The freelancers were already there and had grabbed the shots but they had a serious logistical problem—they had to develop their own photos in their own darkrooms. The newspaper photojournalists had access to professional grade darkrooms. Every paper had one.

Into this bustling world came Life and Look magazine. They were general interest magazines established in the late 1930s. They published high quality photographs from real world photojournalists covering real world news stories. It was the dream of every freelancer to get an assignment from Life or Look. It might not impress the art world but the popular magazines helped give legitimacy to the business of recording real history in real time.

Photography gets a lot more respect these days but the question of whether it is art rages on. 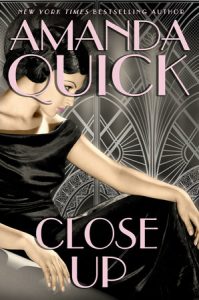 Amanda Quick is a pseudonym for Jayne Ann Krentz, the author of more than fifty New York Times bestsellers. There are more than 40 million copies of her books in print. She has written contemporary romantic suspense novels under the Krentz name as well as historical and futuristic romance novels under the pseudonyms Amanda Quick and Jayne Castle, respectively. She lives in Seattle. Learn more at jayneannkrentz.com and connect with her at facebook.com/JayneAnnKrentz, twitter.com/JayneAnnKrentz, and instagram.com/jayneannkrentzauthor.
http://jayneannkrentz.com 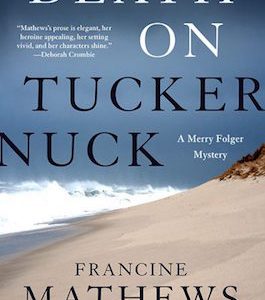 He hadn’t expected Ash that Saturday morning, hurrying down the weathered wooden pier in her rope-soled wedges and skinny...
© LitHub
Back to top