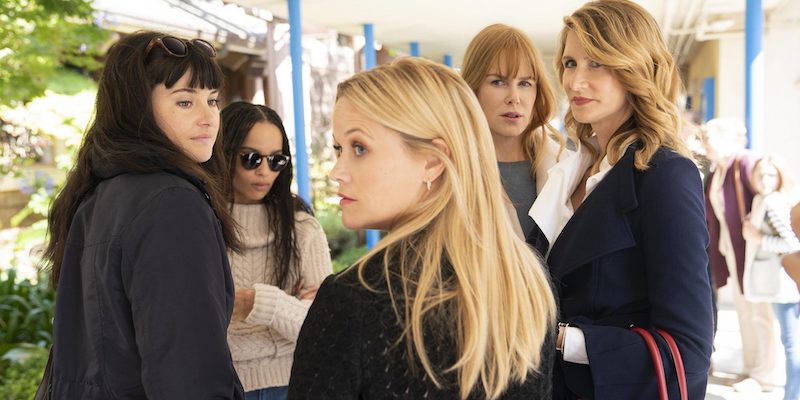 Any parent wants the best for their child, but these parents will do anything to secure their children's futures.

In the spring of 2019, long before the global pandemic hijacked the news, the FBI’s Operation Varsity Blues (OVB) college admissions scandal dominated the headlines for months. Jaws dropped around the world as rich and famous parents were indicted for faking sports resumes, cheating on standardized tests, and paying huge sums in bogus philanthropic contributions to guarantee golden admission tickets for their offspring. The incessant news coverage continued with each plea deal struck and prison sentence meted out.

A few years before OVB made headlines, we’d begun exploring the parental college admissions battleground—the crown jewel of competitive parenting. We’d observed the toll that college anxiety and pressure was exacting on families, friendships, and communities. So we set out to create a fictional (and insanely extreme—or so we thought!) account of this ugly phenomenon. When the OVB news broke, we were most of the way through our first draft of Girls with Bright Futures. It felt as though all the themes we’d been working to bring to life in our novel had leapt (practically overnight) from our manuscript and onto world headlines.

In media interviews and podcasts, on youth sports sidelines, and at book clubs and school events (back when we could attend those in person), professional and amateur pundits alike rushed to offer their opinions on what motivated the parents under investigation. From the perspective of fiction writers, the animating impulses for these misdeeds are loads of fun to dissect! We all want the best for our children, right? But fear and money—not to mention ego and competition—can distort what “the best” really means. The negative consequences of such illicit acts can be breathtaking. So then why do we love to read about them so much? Perhaps because fiction gives us the chance to stress-test our own values without ever having to put ourselves or our families in danger. A nifty trick, not to mention gripping entertainment!

The following is our top 6 list of books featuring parents who claim to want the best for their children, but who somehow convince themselves that their lies, schemes, or worse, are justified in the service of their kids’ bright futures. Each of these titles showcases parents letting their competitive instincts run amok—in deliciously dark and thrilling ways. 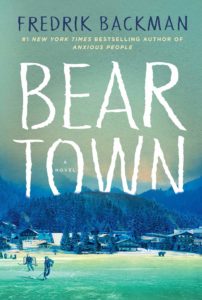 From the opening line, “Late one evening toward the end of March, a teenager picked up a double-barreled shotgun, walked into the forest, put the gun to someone else’s forehead and pulled the trigger,” Backman weaves an intricate portrait of an entire community willing to sacrifice almost anything to secure a junior hockey title to save its beleaguered town. The compelling narrative examines the collateral damage that flows from one privileged young athlete’s rape of a teenage classmate. With mega-doses of outrageous sports parents, small-town intrigue, and family strife, this book keeps readers turning pages to the very end. 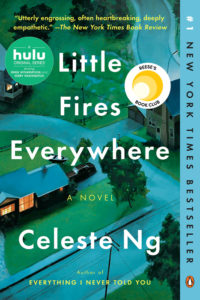 This stunning book begins with a dramatic fire that burns down a family home. As the narrative shifts back in time to confirm who set the fire and perhaps more importantly why, the readers are led through a deft and complex exploration of what it really means to be a good mother. Four women of very different socioeconomic backgrounds find themselves forced to take gut-wrenching, as well as morally and legally questionable, actions in order to protect their children—or in some cases the children they claim to be theirs according to law or biology. Beautifully written, this book lays bare the lengths to which some mothers will go if their families are threatened, and it is destined to be a classic in the category of suspenseful fiction inspired by parenthood and domestic life. 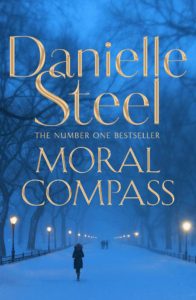 Six high-achieving boys at an elite boarding school break the rules on Halloween and leave a female student unconscious and alone in the woods. As the events of that one fateful night are revealed, the suspects are thrust into the spotlight and forced to reckon with their actions. While some of the parents are willing to accept the consequences of their sons’ bad acts, others want to use every resource at their disposal to secure their sons’ futures—regardless of what or who is destroyed in the process. 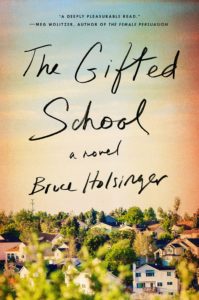 The Gifted School by Bruce Holsinger

The lure of admission to a new middle school for “gifted” children pits longtime friends against each other as they exploit every angle possible to secure a coveted spot. In the process, their cavalier and often self-centered actions not only damage innocent third parties, but also unwittingly unearth long-buried secrets that upend friendships, careers, and marriages. As these parents make one bad decision after another, readers can’t help but root for a healthy dose of schadenfreude to befall them all. 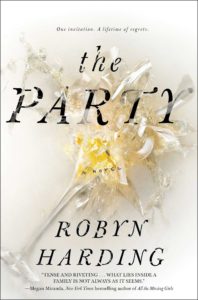 The Party by Robyn Harding

A sweet sixteen sleepover in a tony San Francisco home takes a dreadful turn when one party guest is gravely injured. As the truth unspools about what really happened that night, the birthday girl’s parents seek to cover up their own misdeeds in an attempt to protect their seemingly perfect life. But nothing is ever as perfect as it seems.

No roundup of competitive-parenting thrillers would be complete without the inclusion of Big Little Lies. A father dies at a boozy school trivia night. Was it an accident? Or murder? The police investigation reveals the battle lines drawn within the gossipy school community over a kindergarten bullying incident months earlier pitting the victim’s high-powered mother against the single-mother newcomer whose son stands accused. The fangs come out as the mothers seek to protect their precious children while keeping their own secrets and lies buried. 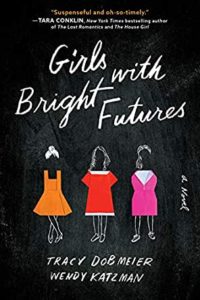 Tracy Dobmeier and Wendy Katzman have been great friends for over 20 years. Their friendship has sustained them through the ups and downs of motherhood, careers, and life’s many curveballs. Their debut novel, Girls with Bright Futures, is a dark, suspenseful journey into the cutthroat world of college admissions. Between the two of them, they have undergraduate degrees from Princeton University and the University of Michigan, a law degree from UC Berkeley, careers in marketing, non-profit leadership and biotechnology law, two husbands, and four kids (three of whom have survived the college admissions process without a single parent landing in jail). Connect with Tracy and Wendy on Instagram at @katzndobs. 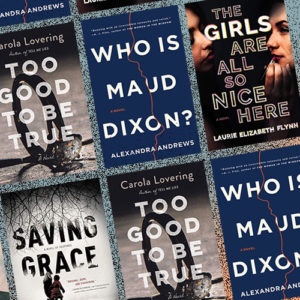 Well, so here’s March again, and we are coming up on our one-year anniversary of pandemic lockdown (with a way too brief...
© LitHub
Back to top