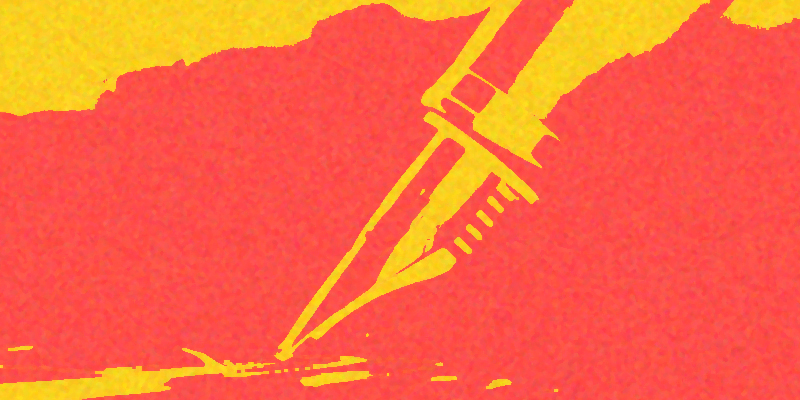 "I’m old enough to know that writing is a privilege."

I’ve been writing all my life but for most of it, it was a secret indulgence, like swimming naked in the sea at night or eating chocolate belonging to my children. Most people who knew me didn’t realise that I wrote, and wouldn’t have been interested if they had. I wrote snippets here and there, short stories and even shorter things that didn’t even warrant the title ‘story’. Observations, notes for characters, there was no pattern to it and no discipline. I had five children and when they were little they slept in a crib on wheels. I could rock the crib with my foot while I lay on the bed propped on my elbow, scribbling in an exercise book.

Guess what, those children grew up! They didn’t fit in the crib any more and I had a bit more space in my life, so I joined a writing class and we formed a group. This was so important to me in those early writing years. Actually reading my work out, getting a response, knowing I’d made someone laugh or cry – they were the best feelings ever. My stories started to get longer and longer in response. Somewhere along the way I gained a Master’s degree in creative writing. I made some good friends but got distracted from writing novels, which was what I really wanted to do.

Two years later, I was able to get back on track and by then I’d acquired a writing discipline. If you want to do something, then you have to make space for it.  I found myself able to write best in the early mornings, and I tried to get as many words down as I could before breakfast and work. I’m retired now, with just an evening job in a huge arts centre in London to keep me in touch with the world. Retirement is the best thing ever! I write every morning, wherever I am and whatever is going on. Almost whatever – there are  grandchildren who I’m pleased to say, never fail to ruin my routine.

My first novel, The Stranger She Knew, was published in the UK in 2019. It’s a thriller set mainly in a care home, but it’s far from cosy. May, who has had a stroke, sees someone familiar in the room opposite hers. She is haunted by her memories and desperate to prevent further harm even though she cannot talk.  In my second, A Beginner’s Guide To Murder, published in the UK in 2021, a group of women band together to protect a young woman from a terrible predicament. They are prepared to do whatever it takes to save her. Both books have strong older women centre stage, although not exclusively. As an older woman myself, I feel passionately that we shouldn’t be excluded from the exciting things of life, and that we have a role to play. We shouldn’t be ignored. I wanted to give older characters lives that were complex and interesting, rather than knitting in a corner. I hope readers enjoy that.

Some aspects of being a writer don’t change with age. In lots of ways my life is neither better nor worse than setting out on a writing career straight from school. Same ups and and downs. Same scrambling to make a story work and characters fly. Same staring at a blank screen wondering why in hell’s name I ever started writing the damn thing in the first place.    There are differences though, and as promised, here are some of the things I’ve realised by being a late bloomer.

1. I’m old enough to know that writing is a privilege.

It’s fantastic! Telling bedtime stories to people I’ve never met, and inventing characters who occupy their minds as they are walking down streets I’ve never seen. Writing after sixty is a blessing and after a lifetime spent scribbling in the shadows I can appreciate every moment.

I know something about almost everything that I need to know, and if I don’t I know where to look and who to call. I’m not bothered by bad or indifferent reviews. Not much, anyway. I’ve met more people and I’ve done more things, so I’ve got more to write about. I’ve seen a lot of extraordinary things. When readers ask me where I got the idea of a group of old women hiring a contract killer, it’s easy to answer. I look around, is my answer – I look around and take a bit of notice of what I can see.

I’ve never killed anyone, maybe I should make that clear, but I’d say that you don’t have to be a murderer to see that sometimes it might seem like the only way out!

This is the downside. My brain is like a hard drive that’s been overloaded over the years, with information I wish I could delete to make room for the important stuff. I don’t need the words of Bohemian Rhapsody any more, for example, but I would like to remember the back story of all my characters so that I don’t make any ridiculous errors. Writing about someone who lives in a bungalow, for example, and then in the next scene getting them to walk upstairs.

How to manage this? Post it notes. My go-to writing assistant. Fluttering all over my desk, stuck on to every surface and saying things like, X was born in 1955 or, Y is allergic to bananas. The whole story could fall apart without a crucial piece of information, and I can’t always be trusted to retain it.  I enjoy the fantasy that when I was twenty five I could have held all the information in my young brain with no problem, but I have now made peace with the gaps and I work round them.

Technology has changed a lot while I’ve been writing, and that has proved a blessing and a blow. Ask anyone over sixty who grew up writing with paper and pen how much they like learning new things in order to keep up with constant IT developments. Every day feels like winging it. However, I wouldn’t dream of going back to writing longhand or bashing things out on a typewriter.

4. In important ways, writing has never been easier.

I’m in a happy marriage and my children are grown. I have a pension and a stress free part time job that I love. That’s a very important part of the picture, by the way, because unless you’re one of the massive hitters (we all know their names) writing does not pay the rent. So older writers who’ve already done the hard graft of working for a living have an advantage right from the word go. I take my hat off to writers who balance all their commitments like spinning plates. I’m relieved I don’t have to do that any more.

5. This is the most important one, so listen carefully: dogs.

In my sixties, I have discovered not only the joy of dogs but the comfort of them, and the enormous help that they can offer to a writer. They listen to early reading aloud, and they give a writer routine, space and company.  There’s a tribute dog in A Beginners Guide To Murder, and in my new book (out in 2024) there’s a small dog with a crucial part.

6. I’ve finally accepted that people make daft remarks when they hear that I’m a writer.

I look forward to being old enough to be able to give a perfect answer to, ‘have you written anything I should have read?’

I’m glad that I can write my way through the closing scenes of my life. The world has never seemed more precious or more vulnerable, and if my stories make readers think a little and see reality a bit differently then I’m happy to keep writing until I’m done. 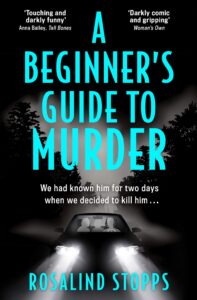 Rosalind Stopps lives in Margate and south-east London with various humans and dogs. Her short stories have been published in five anthologies and read at live literature events in London, Leeds, Hong Kong and New York. Her debut novel, The Stranger She Knew was shortlisted for the Paul Torday Memorial Prize 2020. A Beginner's Guide to Murder is her second novel. 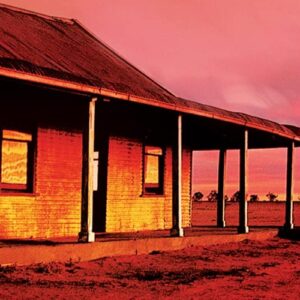 A look at the week’s best new releases. * Alice Feeney, Daisy Darker (Flatiron) “A dark, twisty tale about a dysfunctional...
© LitHub
Back to top