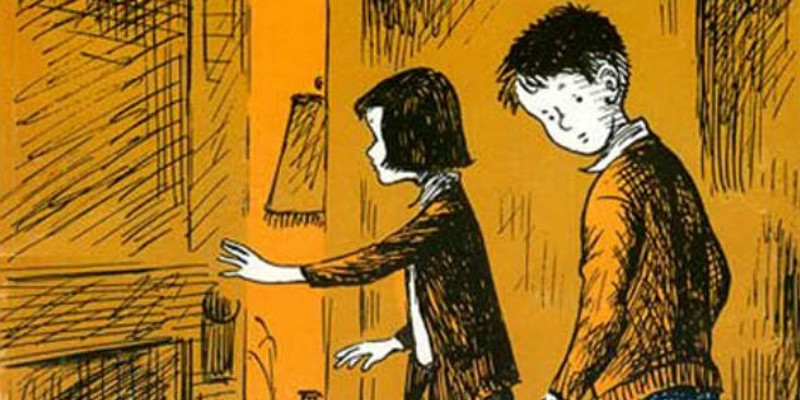 I had always intended to be a writer of adult mysteries. When I conceived of the first novel I would eventually publish, it concerned a murdered hippopotamus at a zoo. I had imagined that one of the zoo’s veterinary staff would discover something suspicious during the autopsy and decide to investigate the crime. But I soon realized (with the help of my literary agent) that this novel might make more sense in the middle grade space, with a tween cracking the case.

Now that I was setting out to write a mystery for young readers, I decided to reread the stories of three seminal junior detectives to see what made them successful as both novels and mysteries—ones that appealed to both kids and adults in an inherently timeless way.

The first sleuth was Encyclopedia Brown.

Donald J. Sobol’s hero is the detective that I loved most as a young reader, and what I loved about him then certainly inspired much about the detectives I have since created myself.  He was brilliant—a walking encyclopedia of facts (hence his name)—but even more importantly, he was respected for his brilliance. Just about everyone in town revered him and came to him for help when they had problems. No one mocked him or called him names—except for the bad eggs who were threatened by him (because they had committed crimes and they knew he was about to prove it). Despite his great intellect, though, Encyclopedia was a regular kid who liked biking around town and hanging out at the beach with his friends. He was kindhearted, thoughtful and socially-adept. I wanted my protagonist to be very much like him. (Encyclopedia’s best friend, Sally Kimball, also resonated with me; she was the toughest kid in town, able to take down older boys in fights, and she inspired many of the tough, capable girls I have created.)

There was something else that I particularly loved about Donald J. Sobol’s writing: how seamlessly he included bits of knowledge. Every mystery hinged on a particular fact or tidbit, many of which fascinated me as a reader. Long before I became an author, I would joke that I learned more things from Encyclopedia Brown than I did in college: Ambergris is an intestinal secretion of sperm whales that is used in making perfume; in a scale model of the universe where the earth is half an inch across, the nearest star would be twenty thousand miles away; after a car has been driven, the hood will be warm; pigs can’t look up. Even as an adult, I still learned something new when I went back to read some Encyclopedia Brown stories that I hadn’t read as a kid.

I loved how Encyclopedia used these nuggets of knowledge to solve crimes.  And I loved how smart they made me seem. (There was a very notable event in fourth grade where I astonished all my teachers by knowing—thanks to Encyclopedia Brown—that triskaidekaphobia is the fear of the number thirteen.)  And so, I decided that I wanted my protagonists to use specific pieces of knowledge to solve crimes as well, nuggets of information that I felt my readers, young and old, would be thrilled to know. For example, when I discovered that the amount of poop giant pandas excrete every day weighs more than the amount of food they consume, I knew that was the sort of unforgettable and fascinating fact that I could hang an entire mystery on. And, let’s face it, that’s probably the one thing you’re going to retain from reading this essay. (If you want to know how the mystery works, you’ll have to read Pandamonium.)

The next young sleuth I revisited only appears in one book, but it’s a masterpiece of mystery: The Westing Game, by Ellen Raskin.

If you’re unfamiliar with the story… go read it. Right now. I’ll wait.

In the book, sixteen people are tasked with trying to solve a mystery, but the one who succeeds (SPOILER ALERT) is young Turtle Wexler. Turtle is smart, like Encyclopedia, but in her case, almost no one seems to notice. Thus, Turtle is a very different hero than Encyclopedia. Her parents barely pay attention to her at all, doting on her older sister instead, and she responds by being prickly and rebellious. She is troublesome, but even as a kid, I understood why—and I rooted for her. Turtle was evidence to me that genius isn’t always recognized, especially in children, and that often, heroes must persevere against the odds.

The craft of The Westing Game is exquisite. There are several moments of revelation in the book that I can still vividly recall coming upon for the first time as a young reader—as vividly as if I had experienced them in real life. To me, that’s the essence of a great mystery: a reveal (or, even better, multiple reveals) that stun the reader and make them say ‘Why didn’t I think of that?’

The third sleuth I turned to: the Harry Potter series. Which—even though most people think of it as a story about a wizard—is really a mystery series as well.  Humblebrag: I got to read the first Harry Potter before almost anyone else did: a screenwriter at the time, I was sent the manuscript to consider adapting. I had no idea what the book was about, but read it on a rainy Sunday and tore through the entire thing in one sitting. And while the magic was inventive and fun, what truly sucked me in—and many other people too, I’d wager—was the mystery at the center of the story. So when writing my own middle grade mystery, I figured I might as well consider the most successful middle grade mystery—and possibly mystery, period—of all time.

Harry Potter is the embodiment of that classical trope of mystery detectives, the outsider. Not only does Harry have a mystery to solve, but he is learning all about his new world at the same time that we are.

Rowling is a master of world-building, but much of that works because we are seeing it all through Harry’s eyes.  He is at once overwhelmed and awed, bewildered and amazed. It is such an effective tool, that I have used it myself, over and over again. I have set all my mystery series in unusual locations—a theme park/zoo, a school for training young spies, the first moon base—and in all of them, I have used a young sleuth as a guide to the world.

Rowling is also a master of mystery construction. Throughout the series, Harry has clues to uncover, red herrings to parse through, people to question. I learned many tricks from these books, such as this: Whenever someone is about to impart an important piece of information, have something interrupt the conversation and leave your detective—and your reader—hanging.

The best part about all these novels that I would be remiss to point out: Even though they are ostensibly written for younger readers, they can be enjoyed by people of all ages. All of these authors treat their young target audience with respect. The mysteries are clever enough to keep adults guessing. The young protagonists are relatable even to people many times their age. They’re excellent books for parents to read with their kids. And they instill a love of reading and an appreciation for the craft of a mystery that will carry young readers into adulthood.

That’s what I have tried to accomplish with my own mysteries. Although, if any young readers are motivated to investigate a suspicious hippopotamus murder and bring the perpetrator to justice, I’ll gladly take that too. 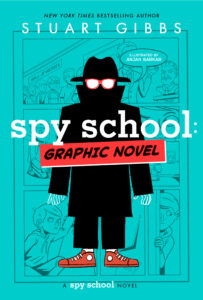 Stuart Gibbs is the New York Times bestselling author of the Charlie Thorne series, the FunJungle series, Moon Base Alpha series, and Spy School series. He has written screenplays, worked on a whole bunch of animated films, developed TV shows, been a newspaper columnist, and researched capybaras (the world’s largest rodents). Stuart lives with his family in Los Angeles. You can learn more about what he’s up to at stuartgibbs.com.

Shop Talk: Laura Lippman Is a Morning Writer (But the Walk Comes First) 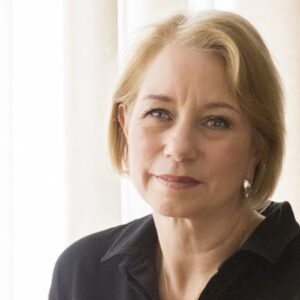 Shop Talk: Laura Lippman Is a Morning Writer (But the Walk Comes First)

There’s just something about Laura Lippman. Some unquantifiable X-factor. A raw power, buzzing beneath the surface of the bestselling...
© LitHub
Back to top