How crime authors use small-town settings to explore the day's most important and complex issues.

One of my favorite crime writers, Adrian McKinty, recently wrote, “You are under no obligation as an author to mirror society, or improve your readers’ minds or change the world…” Maybe writers aren’t obligated to do so, but a number of writers I most admire are passionate about contemporary issues, and often use them as a back story for their crime novels. These are perfect problems to address in crime fiction. It’s a matter of sifting them through the lens of characters’ lives as the writer focuses on criminal matters.

Small towns seem particularly suited to spotlighting contemporary problems because the cacophony of city-related frustrations (parking, rents, overcrowding, muggings, school choice issues) can drown out larger contemporary problems that trouble the country. I’m highlighting a few of the authors who explore contemporary issues in their work.

No matter how contemporary the issues underpinning these books, ultimately they are books about crime, with subjects as old as human history: greed, jealousy, secrets, cheating, the need for dignity, and a desire for status in the community. We try to  entertain the best way we can, portraying realistic people in realistic situations with good underpinnings for the decisions they make—even when the decisions lead them to commit crimes. And along the way if writers shine light on contemporary problems, that’s a bonus. A backdrop of contemporary issues can enrich our stories and enlighten readers. 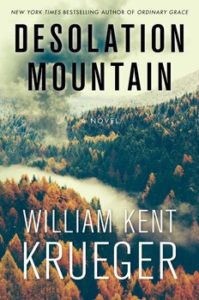 Mistrust of the government is very much a contemporary issue, and in Desolation Mountain, multiple award-winning William Kent Krueger tackles this issue head-on. While investigating a plane crash in the mountains, Private Investigator Cork O’Connor, former sheriff of Aurora, Minnesota, runs into lies and stonewalling from the highest levels of government. It’s the subject of the lone hero against faceless, oppressive government entities. 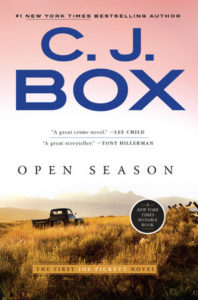 In recent years the government has increasingly pitted itself against environmental causes, but the tension between government and environment is not new. C.J. Box has frequently written about concern for the environment in his series.  And what better place to explore environmental issues than Box’s remote Wyoming town of Twelve Sleep? In Open Season, his protagonist, game warden Joe Picket, is leery of how the government will handle the discovery of an endangered species in the Wyoming mountains where Pickett lives. When a scientist he is consulting learns of the possible discovery, he says, “If the Feds find out, it’ll get wild.” Revelation of the existence of an endangered animal creates a particular problem for Pickett, because it could bring on a war between environmental concerns and economic interests (much like in the real world). Protection of the animal would destroy a natural gas company’s plans to build an oil pipeline. With the government on its side, the company will stop at nothing to ensure that it can complete the pipeline through the mountains and forests of the area, which promises to make them billions of dollars. 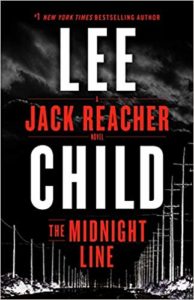 A multi-billion dollar industry, with a strong illegal component, Big Pharma can often creep into small-town crime fiction. In The Midnight Line, Reacher pursues a tenuous thread that leads to his (and the reader’s) realization of how much the manufacture and distribution of opioids has been corrupted beyond the drug’s intended use as a necessary pain medication. In the novel he also illuminates another national issue, that of how the nation deals with its injured veterans. 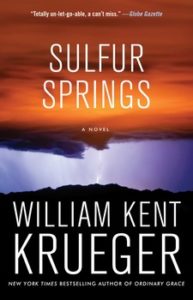 In his novel Sulfur Springs, William Kent Krueger, also writes about the subject of drug issues with passion and depth. Searching for his wife’s son in a small town in Arizona, Cork O’Connor finds that there is a war going on along the Mexican border that involves drug traffickers, illegal immigrants, and a group of activists. As someone explains, “Think of it as a feudal system, Cork. There are those who operate below the cartels but only with their blessing.” But it isn’t only the cartel Cork has to face, it’s a corrupt lawman as well. More government corruption. 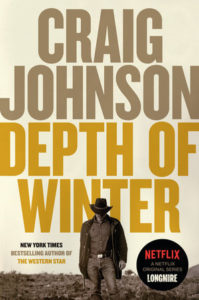 Walt Longmire, Craig Johnson’s sheriff and hero of fictional Absaroka County, Wyoming,  tackles the issue of drugs in Depth of Winter.  The head of a violent cartel has kidnapped his daughter. The American and Mexican governments are reluctant to step in, and Walt becomes a one-man army against the cartel. 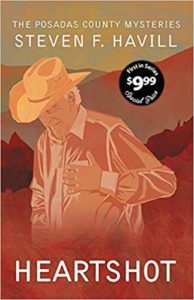 Steven Havill also takes on the drug trade in Heartshot, in which a carful of young people dies in an accident and cocaine is found in the car. But the sheriff’s department in Posadas County, New Mexico, Havil’s small-town environment, has another contemporary lightning rod of an issue to deal with—guns. There is considerable talk in Heartshot about who should have guns, what kind of guns, and how they should be used. I’ve also dealt with that issue in my Texas crime novels set in the small town of Jarrett Creek. In New Mexico and Texas, with their wild west image, the debate over gun control has a natural setting.  Like Havil, who brings considerable humor to his work, I try to keep a light touch. It’s important to shine a light on contemporary problems, but better not to become preachy. 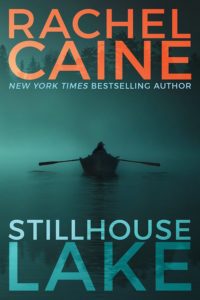 Domestic abuse is, unfortunately, timeless, but has a particularly contemporary feel as the “Me, too” movement has increased understanding of the breadth of the issue. Small towns are good settings to explore hidden abuse because small town communities can give the appearance of safety. Everyone knows everyone else’s business, and is usually willing to lend a hand in danger.  When a stranger comes into a small town, though, residents are more reluctant to get involved. In Rachel Caine’s Stillhouse Lake, safety turns out to be elusive, because  the  protagonist in the story is the “stranger” in town. Gina Royal is the victim of a ruthless husband—even though he is in jail. It’s a twist on the common story of domestic abuse, and one that is made even more terrifying because of its remote setting, the community surrounding the lake, where Gina has gone for refuge.

On a larger scale, domestic abuse can become institutional. We tend to think of human trafficking as something accomplished in port cities, with frightened sex slaves huddled in shipping containers or trucks. In The Devil’s Country, Harry Hunsicker takes human trafficking to the tiny west Texas town of Piedra Springs. The book also involves a religious cult, another subject that seems to take root in small towns.

Exploring deeply-rooted issues makes for powerful stories. In her Edgar award-winning novel, Bluebird, Bluebird, Attica Locke pulls out all the stops in a story of racial strife in the small east Texas town of Lark. Darren Mathews, a black Texas Ranger, knows all too well how race works in east Texas, having grown in Lark. He has had a fine career as a lawman in a larger city until now, when his allegiance to his roots calls him back home. Two murders—a black lawyer from Chicago and a local white woman—have stirred up a hornet’s nest of resentment, at the basis of which is the continuing problem of racial suspicion and injustice. 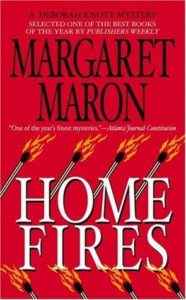 Race is also the subject in Margaret Maron’s Home Fires. Judge Deborah Knott is faced with racism, anger, and betrayal as she tries to see justice done in Colleton Country, North Carolina. The novel deals with church burning, desecration of a family graveyard, secrets and betrayals.  In the course of investigating and trying to walk the fine line of the town’s politics, Knott  is challenged to reevaluate her own beliefs.

Terry grew up in Texas, and her Samuel Craddock series, set in the fictitious town of Jarrett Creek, is based on the fascinating people, landscape, and culture of the small town where her grandparents lived. Her latest installment in the series, A Risky Undertaking for Loretta Singletary.

What Fiction Teaches Us About The Allure of Cults 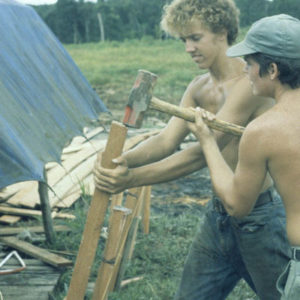 What Fiction Teaches Us About The Allure of Cults

In Stephanie Oakes's excellent young adult novel The Sacred Lies of Minnow Bly, there is a scene in which the main character,...
© LitHub
Back to top