Between the curated and the real, thriller authors find gold.

There’s a scene in my sophomore thriller, The Herd, in which Hana, the publicist of an elite all-female co-working space, has a rare loss of composure. Hana’s glamorous best friend, Eleanor, who founded the company, has just gone missing, and Hana calls up Eleanor’s oldest bud, the sweet but hapless Ted. Hana laments that Eleanor’s hyper-curated social media feeds offer no clues to her whereabouts, and Ted points out that Eleanor has always been private—maybe she had good reason to disappear.

That’s when Hana lashes out. “You know, everyone says that: She’s so private, she’s so guarded, look at her running a lifestyle blog but hardly ever sharing anything about her own life,” she snaps. “People think they’re opposite poles: You can be all TMI and post a million no-makeup selfies, or you can be like Eleanor and only post about your professional life. But it’s not any different. Eleanor doesn’t have more secrets than the woman who posts four hundred times a day. She just invests less time in hiding them.”

In the era of personal brands and “finstas” and perfect-seeming social media profiles, ones designed to provoke envy and admiration, it’s no surprise that suspense writers have found ways to thread the creepiness of curated online lives into their narratives. Witness Kathleen Barber’s Follow Me, about an influencer whose biggest stan turns into an IRL stalker. Or Harriet Walker’s forthcoming The New Girl, in which a fashion editor on maternity leave becomes the victim of an online troll—one whose vitriol stokes her fears that everything she’s worked for will be yanked from her. Or Janelle Brown’s forthcoming Pretty Things (out in April), in which an heiress-slash-influencer teams up with a plucky grifter for the scam of a lifetime. Or Caroline Kepnes’ smash hit You, where a lovable psychopath worships and ensnares young women based on their online presence—only to be devastated when his targets aren’t as perfect as their profiles suggest.

And though most of us aren’t stealing our crushes’ phones and leaving behind jars or urine while we’re busy killing their frenemies (anyone?), we’ve all fallen into the trap of mistaking someone’s feed for their life. After all, opening Instagram is like turning on the tap for a deluge of polished pictures. Social media slaps us in the face with impossibly beautiful versions of people’s lives, and those rose-colored snaps can make our own existence seem dreary in comparison.

That’s likely why research has linked social media with loneliness, envy, and anxiety. In one survey, 60 percent of active social media users said it has negatively impacted their self-esteem, and 80 percent agreed that these apps and sites make it easier for others to deceive them.

Thrillers have always trafficked in secrets and in the cold gap between who we seem to be and who we truly are.

Thrillers have always trafficked in secrets and in the cold gap between who we seem to be and who we truly are. Social media provides fertile ground for crime writers because the reality behind the cheery photos and quippy captions is darker, uglier, marbled with shame and skeletons in the closet. Because there’s an irony at the heart of social media upkeep, one I explore in The Herd. Despite knowing your own social media presence is shiny and fake, we forget that the same is true for others, conflating their updates with their reality…and feeling miserable in comparison.

Another irony: Those who post the most (and seem the happiest) might actually be the least OK. A 2014 study of bloggers showed that people with an anxious attachment style—those who feel less confident and safe in their relationships—tend to reveal the most about themselves online. All those Shiny Happy People who can’t shut up about how great their life is juuust might be the lady who doth protest too much.

In everyday life, the implication is: Talk to your damn friends. Ask them how life with a newborn is, instead of leading with, “You two are going to so many breweries and doing so many fun things—you are rocking parenthood!” Inquire about the trip that looked 100 percent spectacular online, so that your jetsetting friend can be real about the rental car that died an hour outside the airport in Tulum or the airline drama that made getting home touch-and-go.

It’s not just good for your friendship—it’s also good for your psyche. A study from Pace University (terrifically titled “Instagram #instasad?”) found that following IRL friends on Instagram is associated with fewer depressive symptoms; it’s tracking strangers, who’ll never give you the full, imperfect story, that’s linked with depression.

The Herd centers on a group of uber-ambitious, high-achieving women who feel they have to maintain the Instagram-perfect facade not just online but also in their interactions…but of course, the dark secrets won’t stay subsurface forever. So for the sake of crime writers everywhere, don’t stop showing us that sparkly, perfect veneer. Because we can’t wait to write about what happens when the beautiful mask begins to slip. 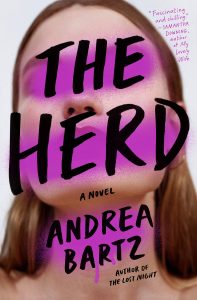 Quaint English Village Murder Mystery TV Shows with a Million Seasons, for Your Binge-Watching Pleasure During These Hard Times 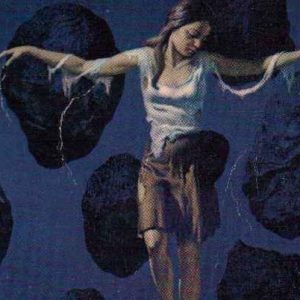 A teenage girl walks alone along a deserted country road. The sun is just beginning to dip beneath a distant horizon, and the sky above...
© LitHub
Back to top