Soft Boiled Mysteries for Women Over 50

"The soft-boiled genre is embedded firmly between the cozy and the hard-boiled, like middle-aged and elder women ensconced between siren and senior."

The soft-boiled mystery is real, relevant, and required. I hereby proclaim this as fact on behalf of all the vibrant females over 50 like me, who want to read books starring lead characters like us. In crime fiction, the soft-boiled genre is embedded firmly between the cozy and the hard-boiled, like middle-aged and elder women ensconced between siren and senior.

When I first began shopping around my humorous, soft-boiled mystery novel, How To Murder a Marriage, featuring a fifty-year-old female protagonist, I pitched it as “Modern Janet Evanovich meets middle-aged Bridget Jones.” I had one editor tell me that soft-boiled is not a recognized genre of crime fiction, and another ask me what I meant by soft-boiled, stating that she didn’t understand the term. I told her cozy with an edge, she told me to drop it. I knew both of these experts were wrong.

For me and the women I know, if we want to read about a mature female lead in a mystery novel who we feel we can relate to, we’re mostly out of luck. It’s true that as middle-age recedes in tandem with hairlines and gums, we’re forced to deal with health issues, menopause, divorces, empty nests, dying parents, retirement, and disease-stricken friends. We identify with those trials and tribulations, and we want to talk about them and read about them, but at the same time, we’re also looking for an escape from those problems—I give you fiction, the perfect mix. My personal fave, an addictive mystery series. Soft-boiled mysteries featuring female main characters in our age range is the sweet spot for me and my gal pals. The problem is finding them, they’re a rarity.

If a reader is searching for older female sleuths, there are loads on offer in the cozy subgenre. Don’t get me wrong, I love a good cozy with a comforting cup of chamomile and my fuzzy socks, but what if I’m not looking for a protagonist armed with knitting needles and cats as sidekicks, who are solving crimes from the back of a bakery, bookshop, or beauty salon? The amateur detectives in cozies represent an unprecedented range of occupations from beekeepers to tattoo artists, lawyers to wedding planners. There’s something for everyone unless you’re like me and virtually all of my female friends, in which case you’re unlikely to find yourself reflected in the older main characters found in cozy mystery series. That’s not to say we can’t enjoy these books, but sometimes we’re looking for something a little more kindred.

We’re not likely to find ourselves duly represented in hard-boiled mysteries either. I’ve been enamored with this genre since I was a teenager, my favorite authors being Walter Mosley and Robert B. Parker. This genre took murder out of aristocratic estates and brought it to the mean streets of violent and gritty cities, with the vast majority of the PIs being hardened, moody males. The female characters in hard-boiled books are mostly femme fatales or tough, sometimes cynical female detectives like Sue Grafton’s Kinsey Millhone. The very nature of their work, especially the physicality, dictates that most of these female characters would age out by 40 if not long before. As a result, many of them are frozen in time and never age at all. I love these books, but they’re not about me or my friends.

Soft-boiled is the bull’s eye for many female readers over 50 when it comes to mystery novels. It takes the cozy and pushes the envelope. The reader doesn’t have to suspend disbelief to the same degree as is often required in a cozy and the tone is darker. This niche has the realism of the hard-boiled story but is tempered with humor and optimism. Sex, violence, profanity, heavy, even taboo social issues, may be on the page but not necessarily in our face. Unlike most cozies, the characters in soft-boiled mysteries develop as the series progress, and the leads grow as a result of their experiences, often becoming more somber or serious, even jaded, as body counts pile up over the years. Mysteries that may have previously been slotted into the now-defunct category of Chick Lit might find a home in the soft-boiled sector. For a substantial number of middle-aged women, neither the cozy nor the hard-boiled resonates with us, but soft-boiled mysteries offer a realistic (albeit still fictional and therefore more fun and exciting than real life) depiction of characters with whom we can identify.

Take note, mystery publishers and follow the breadcrumbs that lead to the soft-boiled mystery and the recognition and renaissance that the genre deserves. The demand is there but the supply is lacking. There is a serious dearth of media content for women over 50. We are completely underrepresented and woefully underserved in all things marketing and entertainment even though we account for more purchasing power than males in our age group and we are the healthiest, wealthiest, most active generation in history. We’ve also got decades of productivity (and spending) ahead of us. And we read books. Lots of books. Women over 50 aren’t only ignored in advertising and entertainment, we’re made to feel invisible. We object.

Women over 50 aren’t only ignored in advertising and entertainment, we’re made to feel invisible. We object.

The global pandemic changed life for all of us, but for many middle-aged women one tiny, simple thing revolutionized the way we saw ourselves and in turn, how we saw the world. The hair salons were closed, and our grey roots grew in, and once the shock and horror subsided, we learned to love our silver crowns and our smile lines and we connected with like-minded friends online. We inspired and supported each other and proceeded to challenge outworn concepts around aging and embrace this third chapter of our lives in new, more positive ways. There’s a major movement on Instagram #silversisters, #ditchthedye, #silverhairdontcare, #grombre, and more #s, of extremely encouraging women who are rebelling against the societal pressure that says going grey equates to letting yourself go, and that having grey hair makes a woman look old (while grey-haired males are called silver foxes). Why does looking old or even looking your age have to be a negative thing? This strong sisterhood is eschewing the media standard of what constitutes beauty in women over 50 and celebrating by letting their sexy silvers shine. In some ways, the empowering Silver Sisters movement reminds me of the bra-burning protests of the 1960s, and I find that incredibly exhilarating. Not surprisingly, these inspiring Insta influencers endure unbelievable levels of vitriol from legions of hateful, internet trolls who are somehow mortally, personally offended by the notion of pro-aging or possibly, by older women in general. Please give us books starring brave and amazing women like these.

We elder gals are smart enough to know our time on this earth is limited and we’re energized enough to make the most of every day we’ve got left. All those dreams and desires we set aside earlier in our existence in the name of duty and obligation, we’re pursuing with vigour now. We’re committed to the belief that the best is yet to come, and we have the bodies, minds, and spirits to create and enjoy our futures. We embody a wealth of experience and an exceptional level of emotional intelligence. We’re capable, successful, powerful, and beautiful exactly as we are. We discover our old selves, reinvent new selves. We’re going back to school, embarking on inspired careers, starting businesses, running marathons, traveling solo, falling in love again. Many of us curse, we drink, we smoke pot, we’re sexually active, we’re confident, we’re financially stable, we’re working or retired, we’re older and wiser, and we want entertainment that extols kickass females like us slaying it. Not so easy to find.

For vibrant older women in crime fiction books, there are stand-alone thrillers with unreliable female narrators and historicals with older protagonists who mostly live within the societal restrictions of their times. Those aren’t quite the relatable characters I’m looking for. I searched for modern mystery novel series starring women over 50 and outside of cozies, basically came up empty. There are a bunch with protagonists in their 70s and 80s. There’s the wonderful Blanche White mystery series featuring “a plump, feisty, middle-aged (exact age unspecified) African-American housekeeper”. The author Barbara Neely died last year at 78. There’s the lusty, flamboyant, and comical 60-something Auntie Poldi in the series by European author Mario Giordano, translated into English from the original German. I hope there are others that I happened to miss.

I recently read The Girls Are All So Nice Here by Laurie Elizabeth Flynn, a well-written, twisty thriller by a fellow Canadian. The characters are all in their mid-thirties (as is the author) and attending their ten-year college reunion. They’re introducing new husbands to old roommates, running into regrettable hook-ups, worrying about young children, or not being able to have children, whilst dealing with murders past and present—I would have been riveted by the story a couple of decades ago. Now, I even found the sex scenes excruciatingly boring. I simply couldn’t relate, and I adore sex. I’ve just finished The Thursday Murder Club by Richard Osman, and it was also very well written and lovely and amusing but still I yearned for a cast in my age group rather than the 70 and 80-somethings that populate this excellent mystery. I want to read a story in my lane, and I want a character like me to star in it, not be a bit player.

In June, Variety announced that Comet Pictures and Blumhouse Television had secured the rights to Patricia Cornwell’s 24 crime thrillers in her Kay Scarpetta literary franchise. At 62, Jamie Lee Curtis, a sexy pro-aging advocate who proudly lets her silver hair shine and has chosen to age naturally, will co-produce and star in the series. That’s what I’m talking about! That’s what I, and many females just like me, are looking for. We want to watch that TV show.

In the same month, Forbes published their first 50 Over 50 List after television writer Melissa Hunter’s tweet went viral in 2020 when she pleaded for this relevant alternative to their 30 under 30 List. Forbes states they’re celebrating women who, “…after the age of 50, are achieving their greatest accomplishments and making their biggest impact. Together, they embody a new movement of women who reject the idea that the most dynamic part of  life is the first half.”

Slowly the mainstream media is getting it but sadly, the general emphasis on aging focuses on physical decay rather than celebrating the glorious freedom that aging brings. As a result, many creatives and entrepreneurs are taking matters into their own hands to generate the change they want to see. For my part, my novel, HOW TO MURDER A MARRIAGE, Book #1 in The Ex-Whisperer Files Mystery Series, releases November 9th, 2021, and it is most definitely soft-boiled with a mature lead character. Here’s hoping soft-boiled mysteries blow the lid off the pot and we readers are inundated with vivacious female protagonists over 50. Based on my investigation, soft-boiled mysteries starring this significant demographic are pretty much non-existent, and I think that is criminal. 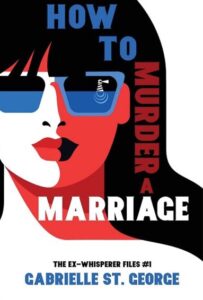 Gabrielle St. George is a Canadian screenwriter and story-editor who writes humorous mysteries and domestic noir about subjects of which she is an expert—mostly failed relationships, hence her debut soft-boiled series, The Ex-Whisperer Files, which launches with HOW TO MURDER A MARRIAGE on November 9th, 2021 from Level Best Books.
http://www.gabriellestgeorge.com 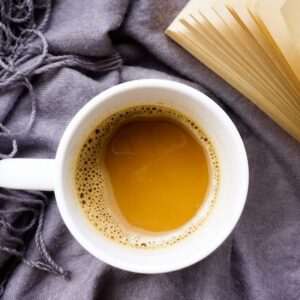 It was getting dark when I left the Boston hospital after working the day shift. My sister was coming to town to see my new apartment,...
© LitHub
Back to top