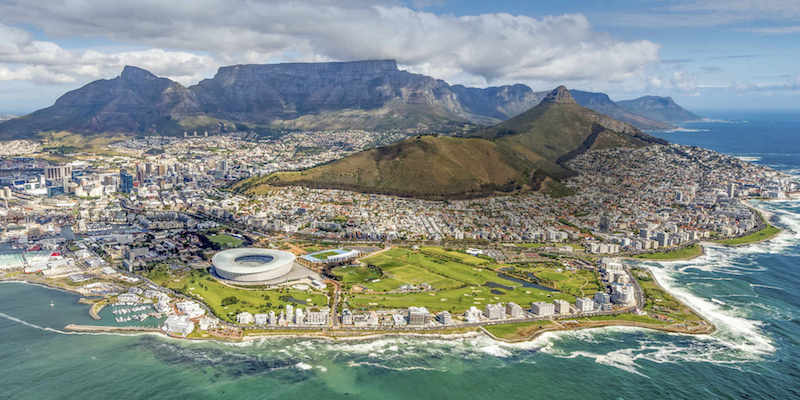 On The Surprisingly Global Nature of South African Crime Writing

Fifty-seven murders per day in sunny South Africa. That’s six times the USA’s homicide rate on a per 100,000 basis. In a country once dubbed the Rainbow Nation, the concrete weight of an unequal past has translated into criminality of epidemic proportions.

You could be forgiven for assuming South Africa is fertile ground for local crime fiction writers.  If the Scandinavians have created an industry from the pickings of their meagre experiences, surely the Southern tip of Africa would be bursting with such writers.

The truth is that crime fiction is almost too painful to bear in South Africa. The country is tottering on the tipping edge of corruption and crime.  Dominant publications are non-fiction and the scribes are investigative journalists peddling fact not fancy. Imagination withers in the face of stark reality.

And many of South Africa’s crime and detective novelists are living abroad.

Award winning author J.M. Coetzee—whose raw content in the acclaimed novel Disgrace shocked the nation—is settled in Australia. Margie Orford, who earned the title “Queen of Crime,” now lives in London. Alexander McCall Smith, whose detective operates in the landlocked Southern African country of Botswana, lives in Scotland. Roger Smith, originally from Johannesburg and Cape Town, lives in Thailand, but has penned a prolific swathe of locally based crime thrillers. Of his novel Wake up Dead, he says: “I wanted to feed off that mania that’s always out there in South Africa, bubbling under the surface no matter where you are and then in some places it erupts, it dominates and there’s a specific kind of mania that I really wanted to jack into.”

If you hook into the underbelly of South Africa’s crime fiction, you will likely be in for a wild ride alongside hard-boiled detectives with names like Bennie Griesel, Eberard February, and “Fish” Pescado whose hazardous ordeals traverse diverse landscapes, from drug-infested ganglands to tranquil blue water paradise, in their quest for a sliver of justice.

Premier local crime novelist Deon Meyer writes in Afrikaans. His works have been translated into 27 languages and are particularly sought after by readers from Germany and France. In the thrilling preface to his novel Thirteen Hours, an American student is pursued like prey from Table Mountain into the Cape Town city bowl. Meyer is a positive role model for the country, portraying a complicated nation not defined by violence.

When it comes to grit, Mike Nicol will raise the hair on your neck with his raw and terrifying depiction of Cape gangster crime. He draws from real South African events (past and present) for inspiration. His Of Cops & Robbers has overtones of 1980 government hit squads, as well as current political corruption. Mike, for one, has no intention of leaving South Africa.

Andrew Brown is an advocate in Cape Town. He won the Sunday Times fiction prize for his crime thriller Cold Sleep Lullaby. He is not afraid to scratch the tensions bubbling under. He has the credentials to back his narrative; Brown was imprisoned as an anti-apartheid protester during the 1980s.  In his spare time, Brown is a police reservist and draws on experience to develop his narrative.

Meshack Masondo who died violently in 2013, is virtually unheard of in English-language audiences, yet his crime novels, written in his native Zulu, are rumored to have sold over 400,000 copies. His last novel dealt with conflict in the taxi industry. Screaming out for a translation?

Most South African crime novelists use the country’s woes as a backdrop rather than a focus for their narratives. Their detectives rise above the mayhem and misery; like most nations’ fictional detectives, they solve far more crimes than their real-life counterparts.

I chose to avoid the scorched and bloodstained national landscape altogether. My works are neither political statements nor attempts to connect with the essence of the country’s blight. And I don’t feel a moral obligation to offer happy endings. There are no heroes in my debut, Dark Video (2006) (coming out in North America in 2020). YouTube was in its infancy and the protagonists are the antagonists and share illicit videos on the dark web. In Bitter Pill (2011) (coming out in North America in 2020), there is a supporting role for a fat policeman, but the hero is a university student and the lead roles belong to the crime mastermind, the courier, and the clients of a local drink spiking ring. And in Crackerjack (2019), the only hope of resolution rests with a reclusive and compromised hacker living in a multimillion rand apartment on Cape Town’s version of the Riviera.

Readers new to South African crime fiction can expect narratives originating from a country tormented by a segregated past, reeling from a corrupt and crime-infested present, and nervous of its possible futures. Yet the country remains one the most beautiful places in the world. Rich in natural fauna and flora, its Mother City, Cape Town, often appears in lists of most visited cities in the world. It is in this awesome crucible of good and bad, of pristine beauty and grotesqueness, that a raw blend of local fiction is spawned.

Maybe it’s time to check it out for yourself.

Peter Church is a South African crime fiction writer who lives in Cape Town with his wife Paula and three children. His latest novel Crackerjack is published by Catalyst Press and is due for release in North America in February 2019.

A Rescue Team, a Mine Shaft, and A Body Laid To Rest 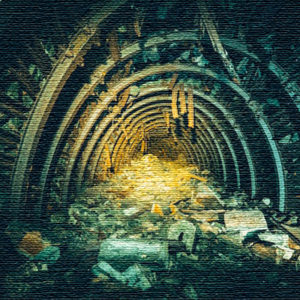 A Rescue Team, a Mine Shaft, and A Body Laid To Rest

The following passage is excerpted from Secrets of a Marine's Wife: A True Story of Marriage, Obsession, and Murder, journalist...
© LitHub
Back to top