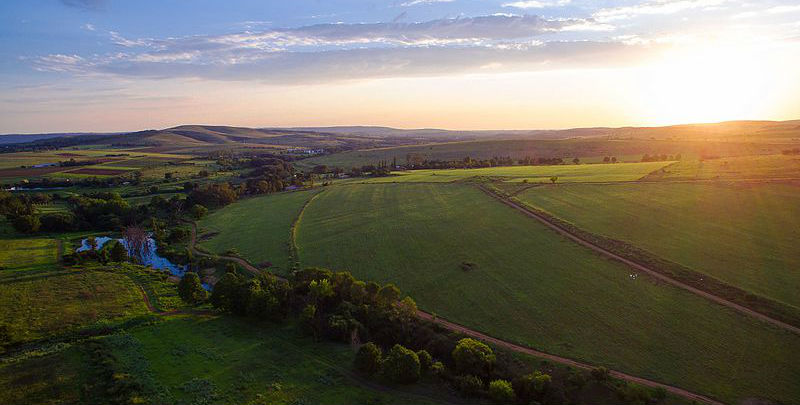 Weeping Waters, the South African crime writer Karin Brynard’s first novel to appear in the United States, is the rare book I would recommend to anybody. It has elements of police procedural, of the supernatural, of history and politics and art. The writing and translation are exceptional, and the prose is deeply, multi-lingually South African. It’s impossible to forget that the action of this book takes place at the seam of English and Afrikaans.

The novel’s hero, Inspector Beeslaar, is a traumatized Johannesburg cop newly moved to the Kalahari Desert, where he finds himself contending with a string of brutal murders, a stock-theft spree, and a group of white right-wing extremists who think they, not Beeslaar, represent the law. There’s a chic, bitchy developer trying to turn the town into a resort; the local Griqua tribe, meanwhile, was trying to reclaim land before Beeslaar arrived, but suddenly that’s going nowhere. The murders are only the start of the questions.

Plenty of those questions are American, too. Brynard writes with uncommon nuance about racism, oppression, and victimhood. She empathizes with everyone, and cuts no one any slack. There are no saints, no saviors, no one-sided villains. There’s just a small town with problems as big as the world.

Lily Meyer: What was the origin of this novel?

Karin Brynard: It all started out from the idea of the farm murder.

I was intrigued by this particular form of homicide, the often brutal nature of it, the frequency, the horror, the large emotions it evoked in a minority section of “Nelson Mandela’s rainbow nation,” while it seemed to leave the rest of society rather cold.

Why was that, I wondered. And what kind of strange schizophrenia was this for a society to have?

One school of thought pronounced it an act of genocide, claiming it to be a scorched-earth strategy to force (mostly white) farmers off the land, covertly sanctioned by government and condoned by an apathetic police force.

Was it some sort of “punishment” for colonialist and apartheid sins? Was it an Afrikaner-only issue—the Afrikaans language, a derivative of colonial Dutch, being the language associated with apartheid and spoken by most commercial farmers? Is that why the English-speaking (white) community and the black majority paid less attention to it?

The journalist in me wanted to understand, wanted to sort the facts from the emotion, the reality from the rhetoric. When I started the research, I did so as a journalist. But soon I realized that there was much, much more to explore than mere facts.

It was then that the idea for a novel arose. And, being a crime junkie as a reader, it naturally followed that it would be a crime novel.

It allowed me to explore and voice all the different aspects of the phenomenon: from the murder victims through to the historical, pre-colonial owners of the land, the outraged white community captured by extremist politics, the racism, the drowning-out of reason, the ongoing greed of people and the human tragedy following in the wake of that greed.

Meyer: And what does the phrase farm murder mean to you, compared to what it means to your characters?

Brynard: This was ultimately the question I wrestled with.

I am a member of the Afrikaans-speaking community. We are the people held responsible for apartheid, we are the descendants of European settlers, of the colonialists, the oppressors, the land grabbers and exploiters. How do I live with this history, this ancestry? How do I exist and behave? How do I be?

Most of the people getting killed on farms are Afrikaans speaking, although black farm workers are often victims too. They are ordinary people, most of them middle class, some struggling, some others better off. My people. Do I betray them if I don’t join the outrage? If I maintain that we should be outraged by all the farm murders–how do I overlook the fact that our national murder rate is 52 per day and the majority of victims are black?

How, indeed, did I feel about this? Where do I stand? Do I even have to take a side? And are there really “sides” in this? What, then, is my truth?

What I discovered is that, of course, there are no simple truths.

”I relish the fact that you can put the basic building blocks of a good, honest murder mystery to work in solving bigger societal puzzles.”

My only task is to keep asking the question, and what better way to address the issue than in an entertaining whodunit? I relish the fact that you can put the basic building blocks of a good, honest murder mystery to work in solving bigger societal puzzles.

Meyer: As I read Weeping Waters I thought often of Coetzee’s Disgrace. We have Beeslaar, the disgraced man from the city retreating to rural South Africa; we have a violent act against a woman alone on a farm; we have heartbreaking cruelty to animals. Are those parallels intentional? And how does the idea of disgrace inform this book?

Brynard: Now that you mention them, I see those parallels. But I think they are incidental. I just wanted to write a whodunit, but I wanted to stage it in a setting that I found relevant, interesting and challenging.

In terms of the themes you highlight: It has become more or less inevitable that post-apartheid stories are framed against our political background. Writers are, like most thinking South Africans, trying to figure out a way to understand why the violence has shifted from the political stage onto the criminal arena. And why it persists. And why it is so intense and fierce. And how do we fix it? More violence? More charity, often misguided?

Then there is the story of race, of blackness and whiteness, of white men who have lost political power, who are in the process of losing the land, who are accused of having fathered the violence. Do they dare call themselves victims?

Meyer: Speaking of which, you do such a good job demonstrating the racism of the idea of white victimhood in post-apartheid (or, in the U.S., post-slavery) society. There’s an explicit moment when Buks Hanekom, the right-wing leader in this community, says, “We are the victims here, us white farmers.” To me, Weeping Waters reads as a rebuttal of this idea. Did you intend it to be?

Brynard: I wanted to lift the skirts, so to speak, of the blameless nature of victimhood. If you write crime, you are constantly challenged by the question of the blameless victim versus the evil perpetrator.

“Although this form of crime in South Africa has a racial face, it is not a black-and-white issue. There are just way too many grey areas in reality.”

The fun thing that crime writing allows you to do is to debunk the notion of the “poor” and “blameless” victim. Quite often the hapless victim turns out to have had an awful personality or unsavory history. The victim’s backstory is a favorite tool of the crime writer’s craft. Same goes for the perpetrator.

The reality is that farm murders are hideous crimes. Doing research for the book, I travelled a lot through rural farming areas and spoke to a lot of survivors, people who had lost family members—(white) farm owners as well as (black) workers. In writing the story, I had to remain sensitive to and respectful of the suffering of these people. Getting to meet them, speaking to them and hearing their stories, changed any preconception or judgment you might have had of them.

At the same time, I researched the perpetrators, mostly young men, mostly black and poor and badly educated. How different their lives could have been, I often wondered, had they been born in different circumstances.

In the process I was often baffled by the human capacity for cruelty—in the present as well as in our blood soaked past. Put against the background of world history, we are no different.

And although this form of crime in South Africa has a racial face, it is not a black-and-white issue. There are just way too many grey areas in reality.

Which allows even more space to write a challenging suspense novel.

Meyer: You also do such a good job of preventing Beeslaar from being a white-savior character, and you gently make the point that Freddie, the novel’s first murder victim, wanted to be the “rescuing white madam.” How did you approach that question?

Brynard: Beeslaar is a bit of an anachronism in the current social climate here, not only because he’s an old school cop, but also because of his physical appearance, his Afrikaans-ness and his whiteness. He is a very big man, the size of an ex-rugby player, and he comes across as the no-nonsense type. He might be mistaken for the typical traditional conservative white male. If he was sitting alone in a bar, the rednecks would automatically drift towards him, trying to buddy up with him.

But his heart works differently. It is the heart of a person who has vowed only to serve and protect the vulnerable.

Freddie, on the other hand, is more the typical white liberal who desperately wants to atone for the sins of the fathers by forcing their charity onto people they deem to be in need of it. This rather romantic, paternalistic notion is often misplaced and just as often exploited. And then rejected for its naiveté. I try not to judge and belittle it.

Meyer: Do you write in Afrikaans for personal reasons, political reasons, or both?

Brynard: I write in Afrikaans because that is the language in which I express myself best. It is an earthy language, rooted in Africa and forged by slaves in the hot kitchens of the Dutch settlers over the past two centuries. Thus it is weirdly peppered with words and phrases from other tongues, ranging from Malay through European and indigenous San languages. There is poetry in it and a richness of description for the veld and natural world. I can’t help but use it.

As such you could expect that touching on politically sensitive matters could send you straight to the public shaming pole. But the language itself provides great freedom. You can write what you like. So as a cultural tool, the language is thriving. In music, movies, theatre and books, it is alive and generating lots of creative content.

My choice to write in it has everything to do with my ability to best express myself in it and nothing with making any political statement. Naturally, like every other author, I prize the idea of having a wider audience for my books which is afforded by the excellent translations into English and other European languages.

Meyer: And finally, how does your experience as a journalist inform this book?

Brynard: I have been a journalist for most of my life. It’s the only job possible for the perpetually curious and inquisitive. It has provided me with important life skills like growing a thick skin against criticism or surviving bullies of all sorts—I even survived the death list of a right-wing assassin who killed a prominent politician destined for Mandela’s first democratic cabinet. It also taught me everything about research, authenticity and doggedly digging for the truth. 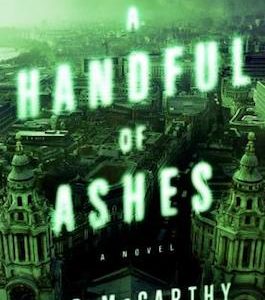 The voice, female and distinctly Geordie, sounded far too happy for the early hour of the morning. “Requesting your services...
© LitHub
Back to top