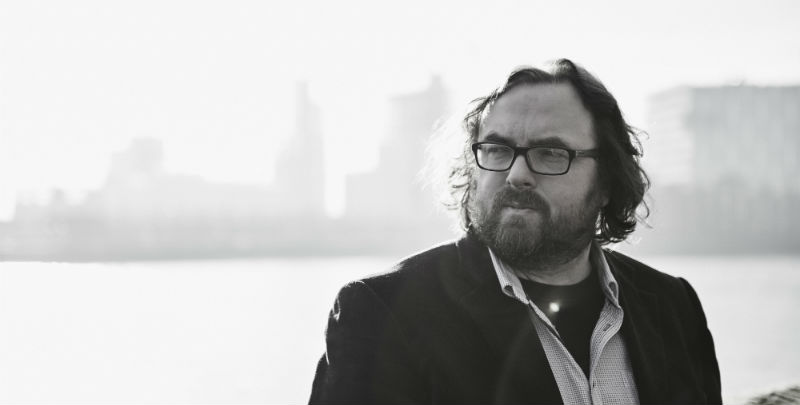 Earlier this month, I was in Belfast at the same time as two other American citizens who were in town to receive Freedom of the City Awards: former President Bill Clinton and former Senator George Mitchell. The occasion was the twentieth anniversary of the Good Friday accords, also known as the Belfast Agreement, a watershed moment in the Northern Irish peace process, which the two American politicians had helped to negotiate. Belfast has prospered in the years since the agreement. Sectarian violence is largely a thing of the past and the city is developing into a bustling tourist destination with attractions pegged to Belfast’s role in the construction of the Titanic and to “Game of Thrones,” which is shot on a sound stage beside Belfast Harbor and on location around the province. (Locals refer to the latter group of tourists as “Thronies.”)

For all the fanfare surrounding the anniversary, it remains clear even to a visitor that unresolved political and religious tensions still dominate public life in Northern Ireland. The provincial government, established by the Belfast Agreement, has been deadlocked for months over a number of intractable issues including same-sex marriage, the official status of the Irish language, and investigations into killings from the Troubles. The city’s working class neighborhoods are still bedecked with sectarian murals, flags, and banners. While terrorism has been significantly reduced, other crimes once held in check by paramilitary activity have spread: human trafficking, prostitution, racketeering.

During the Troubles, Northern Ireland produced a stable of extraordinary poets, including Seamus Heaney, Michael Longley, Paul Muldoon, Ciaran Carson, and Medbh McGuckian. Over the last two decades, the province has proven to be fertile ground for a flourishing crime fiction scene. Among the writers setting their work in the north of Ireland are Brian McGilloway, Claire McGowan, Lucy Caldwell, Adrian McKinty, and Stuart Neville. These authors and a number of their compatriots were featured in Belfast Noir, the 2014 anthology edited by McKinty and Neville. Also featured in the book was a story from Lee Child, who once referred to Belfast as “the most noir place on earth.”

While terrorism has been significantly reduced, other crimes once held in check by paramilitary activity have spread: human trafficking, prostitution, racketeering.

Neville, the author of seven novels set in his homeland, told me that “most Irish crime writers tend to look west” to the American school of hardboiled fiction, rather than to the traditional English murder mystery of Agatha Christie and Dorothy Sayers. In Neville’s case, James Ellroy, Stephen King, and Dennis Lehane were key early influences. His initial attempts to write fiction included a derivative novel in the style of Carl Hiaasen, “a wacky caper set in Florida, where I’d never been.” Another American influence provided Neville with his breakthrough. The prominent New York agent Nat Sobel contacted Neville after reading one of his short stories on ThugLit. Sobel, who also represents Ellroy, asked if Neville had a novel. He did: The Twelve (published in the U.S. as The Ghosts of Belfast), a revenge story about a guilt-wracked I.R.A. killer who goes on a murderous spree. It won the Los Angeles Times Book Award for Crime Fiction and launched Neville’s career.

The trans-Atlantic exchange continues in Neville’s latest novel, Here and Gone, written under the pseudonym Haylen Beck. (The paperback edition has just been released in the U.S.) Here and Gone is Neville’s first (published) novel set in the United States. Audra, a mother fleeing an abusive husband with her two children, is stopped by a police officer in Arizona. Rather than helping her, the sheriff arrests her for possession of marijuana and separates her from her son and daughter who are held in a secret location in anticipation of a shady transaction. The result is a high-concept, plot-driven thriller that is at a remove from Neville’s duskier, character-centered Irish fictions. Neville said that when he came up with the premise for Here and Gone, he knew it couldn’t be set in Ireland. “It needed wilderness and open spaces.” In 2015, after a reading at the Poisoned Pen bookstore in Scottsdale, he and an acquaintance from Derry who was living in Flagstaff, embarked on a road trip around Arizona that furnished the settings and details for his new novel.

“The whole project was a kind of liberation,” Neville said, “because it wasn’t under contract. It was written entirely on spec. I didn’t tell anybody about it until it was done.” The change of setting also freed him from much of the baggage that comes with his usual stomping grounds. “Everything in Northern Ireland is political,” Neville observes. “It was a relief not to worry about that.”  Early on, he decided that the book would be written under a pseudonym. Neville, who plays in a band called Fun Lovin’ Crime Writers with Val McDermid, Mark Billingham, and other practitioners, turned to music for his nom de plume. Haylen Beck is an amalgam of Eddie Van Halen and Jeff Beck, two of Neville’s favorite guitarists. Marketing concerns were a factor, too. The name is “vaguely gender neutral,” Neville says, and the shelf placement, coming early in the alphabet, puts the book at eye level rather than at a shopper’s knees. At the time of our conversation, Neville had just delivered a second Haylen Beck novel to his editor. Fans of Neville’s Irish fictions should not be concerned, however. He’s in the midst of writing a new book featuring the recurring character of Detective Chief Inspector Serena Flanagan.

Neville and I met at No Alibis, an independent bookstore on Belfast’s Botanic Avenue, near Queen’s University. It is the hub of the Northern Irish crime fiction scene. The store’s proprietor, David Torrans opened No Alibis in 1997 after seven years spent managing the paperback department at the city’s University Bookshop. Early on, Torrans says, the “Local Authors” section of No Alibis was “somewhat lacking,” but that soon changed. The passion in Belfast for crime fiction meant that hundreds of people would show up to see Ellroy, Child, and Lehane read. Word spread and Belfast has become a regular stop for many of the biggest names in the field.

Torrans has recently launched a new venture, a publishing imprint spun off from the store: No Alibis Press. The press’s first title is Disorder, the fifth novel by Gerard Brennan, a Northern Irish writer and editor whose stories have been widely anthologized. Disorder is built around the phenomenon of “recreational rioting” in Belfast—protests staged for less than sincere reasons that benefit all involved: journalists, paramilitaries, police, and “security experts.”  Brennan writes in a profane, idiomatic, dialogue-driven style that calls to mind the work of Richard Price and James Kelman. Originally from Warrenpoint, near the border with the Republic of Ireland, Brennan was a relative latecomer to his homeland’s indigenous crime-fiction scene. Last month he told the Irish Times, “I didn’t really actually start reading [Irish] crime fiction until my 20s whenever I came across—in the same year—Colin Bateman’s Divorcing Jack and Owen McNamee’s Resurrection Man. Up until that point, I thought people were only interested in books set in America.”

Jon Michaud is the author of the novel When Tito Loved Clara. He writes regularly for The New Yorker online and The Washington Post. 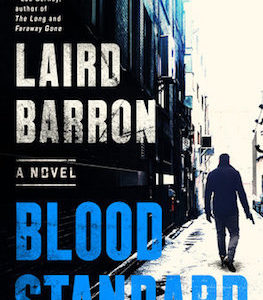 As a boy, I admired Humphrey Bogart in a big way. I coveted the homburg and trench coat. I wanted to pack heat and smoke...
© LitHub
Back to top