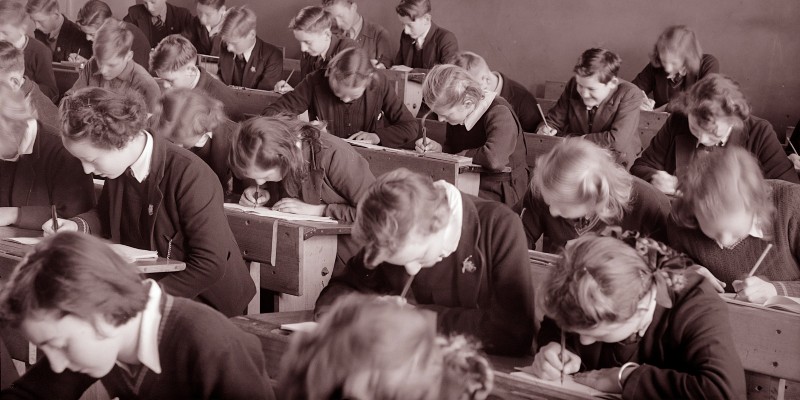 The literature of gifted schools, swim meets, and ballet recitals.

Times change and we change with them. There has never been a time when children have not been treated by some parents as an extension of themselves, tools for their furtherance, puppets for their mastery. Isaac, tied to the altar before saved by a ram, Iphigenia, sacrificed by her father to appease the goddess Artemis and send the troops to Troy.

It doesn’t play out like that now. Children are not routinely affixed to altars and sacrificed, all conspiracy theories aside. Abuse and mistreatment of children is, sadly, of course still rife. It’s not overt abuse about which I’m writing, though, but more the covert kind, the one that disguises itself in good intentions, acts for the ‘good’ of the child, while destroying all innate happiness they might possess.

The world I explore in The Lies You Told, my new novel, is that of the pressured environment of the final year of an elementary school in north London. The girls are preparing for an entrance exam that will determine whether they get a place in the secondary school, and at the same time competing between themselves for a scholarship which carries great kudos. Into this hothouse Sadie Roper, and her daughter Robin, arrive, and Robin’s exemplary test scores put the wind up the rest of the class. More importantly, it puts the wind up the other mothers, who start to smell competition. The emotions stirred up by this soon turn deadly, putting Robin in mortal peril.

Over-parenting is defined in the Oxford English Dictionary as being ‘excessively involved in the day-to-day life of (one’s child or children), typically in the desire to shield them from difficult situations or help them succeed’.  It’s not a big step from helping a child succeed for her own benefit, to helping them succeed purely for the parent’s own social standing or fulfillment. The child ceases to exist as their own person, being only an extension of the parent’s self, there only to further their parent’s dreams. On the face of it, slitting your daughter’s throat on a stone altar to assist your army might seem a million miles away from lying and cheating your daughter’s way into an exclusive college, but there’s a similarity there underneath, a ruthlessness that negates the child’s own lived experience to serve a purpose that glorifies the parent more than anything else.

The problems of poor little rich kids are not, comparatively, as serious as those of children brought up in inequality, in poverty, in fear and hunger. But these problems still stem from abuse and lead to damage and mental health issues that can haunt those kids, however privileged, for the rest of their lives, poisoning the way in which they parent themselves, and so on through the generations. The Lies You Told is an attempt to cast a light onto that toxic model of parenting.

The Gifted School by Bruce Holsinger inhabits this same territory, showing the way that a formerly close group of parents and friends can be destroyed by competitiveness when an exclusive school for gifted children opens in their community. It’s territory also shared by Big Little Lies by Liane Moriarty, the bitchiness and one-upmanship at the school gate masking even greater unpleasantness at home.  The Trophy Child by Paula Daly is another great example of the genre, asking whether Karen Bloom is being a pushy parent or merely a fond mother in her drive to extract perfection from her child. That question is very clearly answered in Sharp Objects by Gillian Flynn, where the effects of toxic parenting are very clearly to be seen in the story of a journalist returning to her home town to report on the abduction and murder of two girls.

Children’s sports also provide fertile ground for competitive parenting that also bleeds out between the kids themselves. You Will Know Me by Megan Abbott is set in the world of a local gymnastics community, in which nothing is too much for parents Katie and Eric to achieve the shared dream of their daughter reaching the Olympics, until a tragic accident changes everything. Abbott excels at exploring the tensions between teenage girls and as she says, ‘when you’re a mom, like the main character in You Will Know Me, you’re in some way living through it all again through your daughter, which is incredibly complicated.’

It’s complicated enough even if the mother is trying to do the right thing, however unsuccessfully. When they are actively in pursuit only of their own dream, huge damage can be wrought, as explored in Abbott’s new novel, The Turnout, about two sisters and their claustrophobic relationship forged in the crucible of their mother’s ballet school, the traditions of which they continue still, well after her death. This Is The Water by Yannick Murphy dives deep into the world of high school competitive swimmers and their parents. The New York Times says Murphy’s ‘real accomplishment is her study of the anxieties reflected in the exacting rules of the club, “There is no crying at swim meets”’.

Dark as the world of children’s competitive sport may be, it’s nothing in comparison to the world of religious fanaticism, where children exist only as extensions of their parents, any damage to them purely collateral in the service to the greater good. Oranges Are Not The Only Fruit by Jeanette Winterson is a perfect example of this, about a girl who is adopted and brought up by her mother as one of God’s elect, until she falls for one of her converts and has to leave her home, church and family. Another example is Girl A by Abigail Dean, about a daughter escaping from such a scenario, a story weaving expertly between the past of growing up in a house of horrors created by a father with thoughts only of salvation, and the present day when she is reunited with each of her six siblings, all damaged in different but permanent ways by the abuse to which they were subjected by their parents in the name of some kind of imagined God.

The parents in each of the books discussed above may think that they are acting in the best interests of the child. They may not intend harm. But harm is inescapably done. Whatever is done to mould the child into the perfect image, the truth will out. My Sweet Audrina by V.C. Andrews is the ultimate proof, the child modeled by her loving father to be the image of her dead sister, though the dreadful truth will not be hidden forever, however much her father desire otherwise. 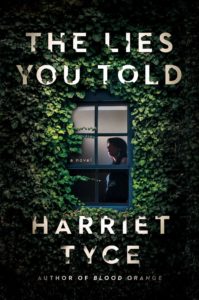 HARRIET TYCE grew up in Edinburgh. She studied English at Oxford University and Law at City University before working as a criminal barrister for nearly a decade. She lives in London. Blood Orange was her debut novel. Her new novel, The Lies You Told is now available from Grand Central Publishing. 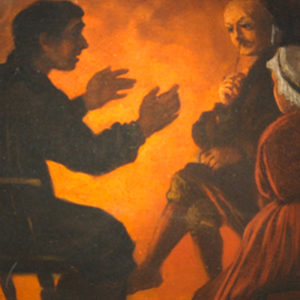 How many times have you walked into a bookstore with a particular title in mind, and walked out with three others you hadn’t...
© LitHub
Back to top