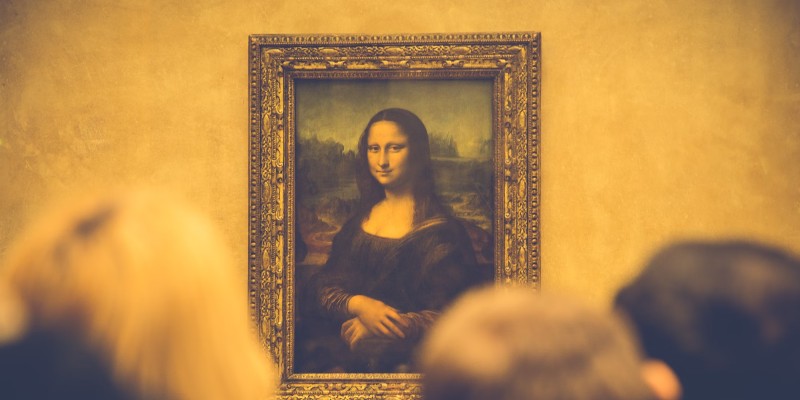 Surrounded by Beauty – Can an Object Ask you to Commit a Crime?

Usually criminologists study the criminal, but many of today’s scholars recommend an object-centric approach for understanding art crime. Cordy Abbott looks at a new model for why your antagonist committed art, antiquities or antiques theft.

In March 2013, a c-suite executive with a large Mexican corporation traveled with his family to their home in Miami, and later to New York City. On Friday, the 29th, they visited the Metropolitan Museum where he attempted to take a 19th century Islamic rosewater/perfume sprinkler from its case in the Damascus Room. Fortunately, a specifically designed mount secured the eleven-inch-tall object’s base and a wire held its top. The museum visitor walked away but returned twenty minutes later and snapped the carved red coral lid and silver stopper off and, after looking lovingly at it, put it in his pocket. The act was recorded on video and because his daughter had used a credit card in the museum store, he was later identified. The next time he entered the U.S. he was arrested. The man was well educated, with advanced degrees, and had held high-level government positions in his home country. There was no financial motive. What came over him?

We can think of numerous crimes committed without an economic motive – from DUI to dueling, from Keeping a Disorderly House to homicide – but theft isn’t one of them.  Except, that is, for certain cases of art, antiques and antiquities theft. When I went back to school after many years, my first homework assignment was to answer the questions: Is art crime a separate type of crime? And why? My answer was yes, and because art isn’t like anything else, art crime is unique.

Crime happens at the nexus of (1) a motivated offender, (2) a suitable target and (3) the lack of a capable guardian. Who are these motivated offenders? What kind of person steals art? Turns out there are two kinds: profit-motivated (which makes up the majority of art thefts, are more likely to be committed by a group and more likely to use violence) and art-motivated (works alone since there will be no payoff to share and because he wants to keep the art for himself.) One art-motivated thief, Etoh Mvondo, stole three paintings from Paris museums in 1990 because he was an art-lover captivated by “the idea of owning a Renoir at the age of twenty.” A third type of art thief is politically motivated, but he is relatively rare. Lately we’ve seen a wave of politically motivated art vandalism, but not theft.

Vincenzo Perugia, who stole the Mona Lisa in 1911, was not profit-motivated at the time of the theft, but later tried to sell the painting for 500,000 lire. His obsession with one particular work brings us to the next point. Was there something inherent in the painting itself that inspired the crime? Can art be criminogenic or corruptive? The fact that these criminal activities are in relation to particular objects says it can be. And the repeat victimization of certain artworks also says yes.

Returning to our first example, we have to ask how does art exert power over people who appear to follow other social norms, leading them to commit a crime with limited or no financial motivation, and with limited or no direct social pressure to do so? Their irrational choices hint at something beyond human centric models of why people commit crimes. To use this in your manuscript, you’ll need an object-centered slant.

First, art can be criminogenic when it inspires a higher loyalty. Examples of the higher loyalty appealed to include saving the artwork or antique, their special appreciation of the object’s beauty, or for their own cultural edification. These lawbreakers valorize their criminal activity. Another criminology term is neutralization. This is a narrative tool offenders use to justify the injurious effects of their actions. Higher loyalty is different from other neutralization stories (denial of responsibility, denial of victim, etc.) because these thieves have no guilt to assuage. Higher loyalty says stealing the antique was not wrong because “I had to save it,” whereas neutralization says stealing the antique was wrong but “rich people have insurance.” This observance of a higher loyalty may lead art thieves to feel the law is invalid or unjust, and certainly minimizes the legitimacy of the system of laws. As antiquities collector, George Ortiz, said, “Objects came my way, and some of them unquestionably, it seems to me, because they had to do so. It is as though imbued with the spirit of their creator, they came to me because they knew I would love them, understand them, and would give them back their identity and supply them with a context in keeping with their essence, relating them to their likes.” The short answer to ‘what came over him’ is a belief system that our laws interfere with. According to Dr. Donna Yates at the University of Maastricht, where they see social benefit, the law sees crime.

Sociological theory tells us why art has value to a collector, but since the art thief can hardly show off his Picasso, possessing the object brings a different kind of thrill. It might be as simple as the thrill of the chase. Or maybe this need for the object, even if it involves criminal activity, goes deeper. The beauty, uniqueness, and social significance of these objects creates a strong demand, which results in limited access. Limited access creates exclusivity. And that gives the possessor of the art work, antique or antiquity power. Restriction of access to the painting goes beyond museums not being open twenty-four/seven. Dealers act as gatekeepers – some brag about only selling art to certain people. Museum curator and collectors act as taste setters. Antique stores display goods so peculiar that only the oldest of old money can understand and appreciate it. The nature of the art market – the secrecy and the opacity – make it practically impenetrable. It’s easy to see how an outsider would feel powerless and frustrated enough to literally take matter into his own hands.

One final factor to include in an object-centric look at crime is what is called supply-demand dynamics. Without value, there’s no crime. (How many people are in prison for stealing pinecones?) The law affirms the values that make the object desirable, supporting and enhancing the objects’ power. For instance, the lid of the perfume sprinkler in our opening example was valued at over $5,000, so the FBI’s Art Crime Team, with their resources, was brought in. Laws punish art thieves because art is valuable. Art thieves steal art because it’s valuable. See how the object is exerting parallel power on both the people making and the people breaking the law?

You may be wondering what happened to Mr. X who wanted to take a piece of the Met home with him. He returned the lid, reimbursed the museum for costs incurred restoring it, plus a fine of $50,000. He was confined to house arrest at his home in Miami for a year wearing new jewelry – around his ankle. 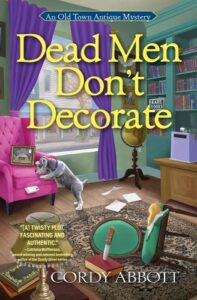 Proud baby boomer and dog mom, Cordy Abbott, is the author of the Old Town Mystery series. She, her husband, and their Standard Schnauzer have lived in Alexandria, Virginia for over two decades. Because she enjoys everything about the city, she can't wait to share it with readers, even a fictionalized version. When not writing she enjoys characteristic baby boomer pursuits: golf, traveling and volunteering for good causes, like American Association of University Women of Alexandria and Northern Virginia Community College's Braden Center for Women, Gender and Social Equity. She has a post-graduate certificate in Antiquities Theft and Art Crime.

A Tiny Review of Glass Onion 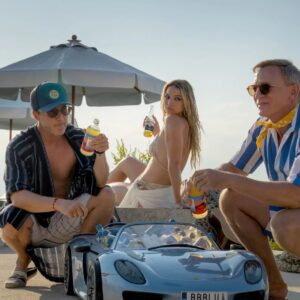 A Tiny Review of Glass Onion

There is much to say about Glass Onion, the long-awaited sequel to Rian Johnson’s 2019 whodunnit Knives Out, and I will...
© LitHub
Back to top