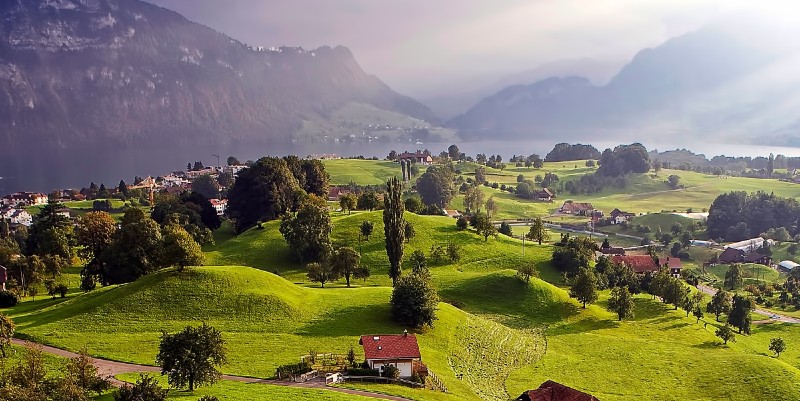 When it comes to crime fiction set in Switzerland, it's all about secrecy.

A landlocked republic of 26 “cantons” bordering Italy, France, Germany, Austria and Lichtenstein (apologies, we have yet to do a Crime and the City on Lichtenstein or its capital of Vaduz—and that’s a world capital city I bet most of you have learnt today!). We’re talking eight and half million peace loving people, skiing, chocolate, discreet banking, cheese full of holes, fancy army knives, and a fair amount of crime. Yes, this Crime and the City is all about Switzerland. And you’ll note in my stereotyping list above of all things Swiss I made none of the same mistakes as Harry Lime in The Third Man (original book and movie script both by Graham Greene):

”For 30 years under the Borgias, they had warfare, terror, murder and bloodshed, but they produced Michelangelo, Leonardo da Vinci and the Renaissance. In Switzerland, they had brotherly love and 500 years of democracy and peace, and what did that produce? The cuckoo clock.”

Well, the Swiss didn’t invent the cuckoo clock (Black Forest Germans did); the Swiss have definitely produced some important cultural figures (Einstein, Giacometti, Louis-Joseph Chevrolet and Le Corbusier among others), and as for ‘brotherly love’ they had a 26-day civil war (the little remembered Sonderbund War of November 1847).

Switzerland has a grand tradition of appearing in spy novels—too many to name and not quite the focus of this column, but I’ll slot in W. Somerset Maugham’s Ashenden: Or the British Agent (1927) because (I) it’s often described as the first modern espionage novel (or at least collection of linked short stories) having been published significantly ahead of Eric Ambler, Graham Greene, John le Carré and other English espionage writers who all owe Ashenden some degree of debt (II) Maugham really was a member of British Intelligence in the First World War, so he knows of what he writes and (III) the stories are set in Switzerland where Maugham was also stationed. Ashenden is a gentlemanly, sophisticated, weapon-less, and rather aloof spy (as one imagines Maugham himself probably was). The tales still hold up pretty well and the later ones take Ashenden from Switzerland to the Russia of the Bolshevik Revolution.

Basel is a city in north-western Switzerland on the River Rhine with a reputation for being wet and grey in winter. It’s also the stomping ground of Inspector Hunkeler, a series by Swiss author Hansjörg Schneider, a writer known for throwing in a fair bit of Mundart or Swiss dialect into his work. There are ten Hunkeler novels in German but so far only the first, The Basel Killings (2013) has been translated into English. A dead man, a slashed throat, a stolen diamond, and all supposedly the work of a gang of Albanian drug smugglers. A bit of an obvious supposition Hunkeler thinks and strikes out to follow a trail that leads through the underbelly of Basel’s bars, bordellos and strip clubs inevitably towards the city’s corrupt political and industrial elite. Schneider’s novels are short (invariably under two hundred pages), taut and gripping. It’s expected more in the series will be translated soon.

From Basel to the ancient city of Bern (the country’s de-facto capital), where most people speak, not German, but actually Alemannic Swiss-German dialect. And the setting for several novels from a genuinely great European crime writer who’s been rather forgotten, but is now (thanks, as with Hansjörg Schneider, to the excellent Bitter Lemon Press in London) available in English translation. Friedrich Glauser’s most prolific period was in the 1930s, but his output was erratic due to his being a chronic morphine and opium addict who spent considerable amounts of time in asylums and hospitals. In the 1930s he began writing the Sergeant Studer detective novels set in Switzerland and clearly written in the light of the rise of Hitler next door in Germany.

Studer is a sergeant in the Constabulary of the Canton of Bern. In Thumbprint originally written in German in 1936) a travelling salesman goes missing and Studer must hunt for him across Switzerland. In Matto’s Realm (1936) Studer discovers a body, neck broken, in the boiler room of an insane asylum in Bern. Glauser reputedly wrote the book while himself an inmate of a psychiatric ward in 1935. In Fever (1938) two women are “accidentally” killed by gas leaks in Bern and Basel. Once again Studer’s investigation mirrors aspects of Glauser’s own life—a veteran of the Moroccan Foreign Legion (Glauser served in the French Foreign Legion in his youth) and hashish-induced dreams (Glauser partook liberally of the wacky-baccy all his life). The fourth Studer novel, The Chinaman (1939) once more ranges across the country with James Farny, nicknamed “the Chinaman”, found lying on a woman’s grave, murdered, with a single pistol shot to the heart that did not pierce his clothing.

I’d venture that Glauser is sadly little known today in English language reading circles, but he is still remembered in Switzerland and the German-speaking world. Since 1987, the annual Friedrich Glauser Prize has been one of the best-known German-language crime writing awards.

From Bern to Zurich for a few books:

And finally, as we sometimes like to do in this column, a classic novel that is not usually (if ever) categorised as a crime novel, but has a lot of crime, or at least meditations on criminal activity, in it and so is perhaps worthy of a read. For Switzerland that book is Joseph Conrad’s Under Western Eyes (1911). The novel ranges across Russia to Switzerland, particularly Geneva (so we’re now in the more French speaking part of the country). The book is often seen as Conrad’s response to Dostoyevsky’s Crime and Punishment (1866) and is somewhat similar in theme to Conrad’s slightly earlier novel, The Secret Agent (1907), set in London. The Second and Third Parts of the novel starts in Zurich but are concentrated in Geneva and its Russian community, some of whom are revolutionaries and some of whom are spies. It is a novel in part about confession—a confession to an assassination. It is also a novel that brilliantly evokes the early twentieth century in Geneva.

There are certainly more spy novels than crime novels set in Switzerland—Adam LeBor, Stella Rimington, Robert Ludlum, and John le Carré have all crossed the Alps for locations. But there’s good old-fashioned crime too, usually somehow linked to banks and money. Harry Lime was most definitely wrong, it’s certainly not all been ‘peace’ and ‘brotherly love’ in Switzerland.

The Socialite Gangster Who Charmed the New York Literati 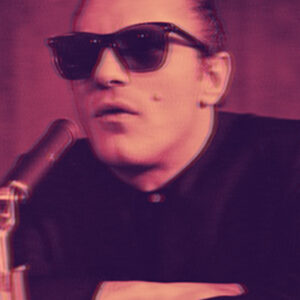 The Socialite Gangster Who Charmed the New York Literati