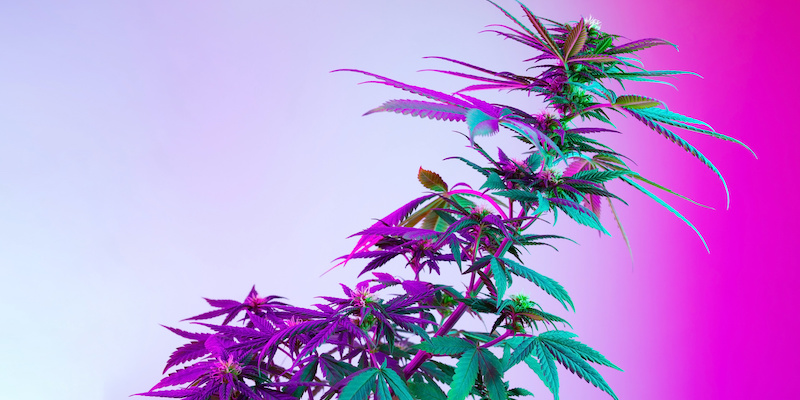 For a new book to take flame, a writer needs a bit of kindling: a story overheard at a party, a couple observed in a restaurant, an odd fact glimpsed in a newspaper. I think what sparked Pesticide, the first mystery in my Polizei Bern series, was noticing how fast the organic food sections in Swiss grocery stores were expanding. I wondered how many farms in Switzerland were organic and what farmers had to do—or not do—to qualify as what the Swiss call bio.

Interviewing organic farmers, I developed a great respect for them: they are men and women who work very hard both to feed and to save the planet (well, feed and save a small part of it, since only 15% of Switzerland’s 49,000 farms are bio.) But hero-worship is not the best frame of mind for producing a good mystery, so Pesticide begins with a look at another crop that can be grown organically: marijuana.

In Switzerland, marijuana is still illegal, which isn’t surprising when you understand how Swiss political decisions work. Unlike Sweden, with which Americans sometimes confuse it, Switzerland was never a hotbed of social democracy. It has been and remains deeply conservative: a country that didn’t give women the vote until 1971. Yet Switzerland is also quirkily democratic: since 1874, any law the parliament passes can be attacked by national referendum and put to public vote, as long as the law’s opponents can gather 50,000 supporting signatures in one hundred days. So far, since January 1, 2020, the Swiss have rejected six new laws, and more laws have been challenged. The outcome of one of these referenda to overturn government decision is very unpredictable: a law extending marriage and adoption rights to gays and lesbians was recently challenged by the Right but upheld in a national vote, whereas a modest attempt to reduce Switzerland’s carbon footprint was challenged and defeated.

Considering its innate conservatism, Switzerland’s attitude toward drug use over the past fifty years has been surprisingly pragmatic and humane. After a park in Zürich became Europe’s biggest open drug scene, attracting thousands of heroin addicts and dealers between 1987 and 1992, everyone, from the government to the police to the public, knew that more had to be done to handle the sheer human misery that was playing out right before their eyes. By the middle of the 1990s, most Swiss cities had adopted a strategy that not only prosecuted people who produced and distributed illegal drugs, but also discouraged people from using drugs before they started; gave regular drug users medical and psychological care and tried to reintegrate addicts into society; and minimized health risks to users: for example, by distributing clean needles and providing supervised places to shoot up. In 1994, heroin addicts who’d tried rebab programs and failed began getting their fixes by doctor’s prescription. This policy continues today; it has greatly reduced overdoses and diseases, including AIDS, and helps addicts live relatively normal lives.

Marijuana policy in Switzerland has been influenced by this less punitive attitude toward hard drugs, as a comparison with the US shows. While eighteen American states have legalized the recreational use of cannabis and another thirteen have decriminalized it (so if you’re caught with a bag in your pocket you pay a small fine instead of getting arrested), there are still nineteen states that can jail you, even if you aren’t a dealer. In Idaho, for example, possession of between three ounces and under a pound of cannabis is punishable with up to five years in prison and a fine of $10,000. In Switzerland, by contrast, a maximum of ten grams of cannabis for personal use was decriminalized in 2012. In addition, it has become legal to sell cannabis products containing cannabidiol (CBD), which are marketed as anxiety-reducing, as long as they contain less than one percent tetrahydrocannabinol (THC), marijuana’s psychoactive component. Medical marijuana can also be prescribed by doctors.

Still, growing or dealing cannabis with a THC level of over one percent has remained a crime. A strong push toward change exists, but everyone knows that legalization in Switzerland will happen very, very slowly. In part, this is because legislators don’t feel like working to pass a controversial law if it’s just going to be delayed for years by a referendum and then possibly rejected by the public. Recently, Switzerland’s ambivalent attitude toward marijuana received even more publicity, when a study found that Switzerland’s eight-and-a-half million people smoke an average of 750,000 joints a day, and a member of the staff of the Federal Health Department said, “Cannabis consumption in Switzerland is too widespread for banning its use to make sense anymore.”

So the Swiss government decided to make a move toward legalization (or “regularization,” as it’s called) by changing drug laws in September 2020 to permit the development of a series of marijuana-related pilot projects. If all works as planned, experts in at least ten Swiss cities will experiment with the best way of distributing cannabis to existing users, while making sure that local consumption, especially by under-eighteens, doesn’t increase. The organizers of the different studies will be allowed to sell Swiss-grown, organic marijuana with a THC content of up to 20% to a maximum of five thousand registered participants.

None of the projects are up and running yet. For a start, each study—no one yet knows how many will receive funding—has to be approved by the Federal Office of Public Health and then okayed at a hearing in the municipality where it will be carried out.  No pilot project may be financed by the federal government; instead, they are to be backed by cities, cantons, industries, foundations, and universities. All the study subjects will be men and women over eighteen who already use marijuana regularly, but they won’t get their study weed for free.  Instead, they’ll buy it in some form (Joints? Cookies?) from some place (Local pharmacies? Head shops? Social clubs?) at about the same price they would pay an illegal dealer (currently, about $10 for one gram or 0.035 ounces.)

There is hope that at least some of the studies will begin in the fall of 2022, because stopping illegal marijuana sales is becoming urgent. A new practice by black-market dealers is damaging users’ health. Because it’s now legal to grow low THC-, high CBD-content cannabis, and because no one can tell the different between the two types of plants without testing them, Swiss dealers have started to sell their clients flowers and resin that look “right,” because they really are hemp, but contain no natural psychoactive content at all. This wouldn’t be dangerous, just a rip-off, except that dealers spray the “fake” weed with synthetic cannabinoids that not only have a strong psychoactive impact but may result in very unpleasant side effects. Sometimes these are limited to headaches or frightening hallucinations, but occasionally seizures or heart arrhythmia can occur.

This is why Contact, a Bernese cantonal organization that has provided advice, housing, health, and employment services to drug users and addicts since 1973, has started offering free cannabis testing. In coordination with the Canton of Bern pharmacy board, Contact has conducted safety checks on amphetamines, cocaine, and other party drugs for years. Now people can bring in their marijuana products to be checked, too.

It’s clear that Switzerland needs to legalize the recreational use of marijuana as soon as possible. Maybe by 2030, parts of Pesticide’s plot will be totally out of date. I certainly hope so. 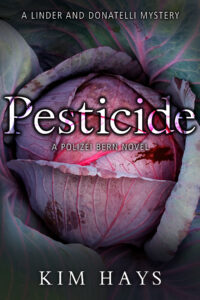 Kim Hays lives in Bern, Switzerland. Her police procedural Pesticide, the first mystery in the Polizei Bern series, was published on April 19 by Seventh Street Books. Award-winning author Deborah Crombie has called it “a stand-out debut for 2022.” 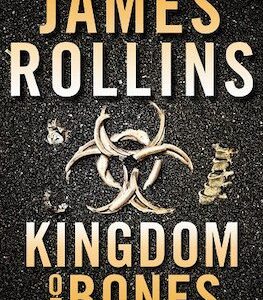 April 23, 7:23 a.m. CAT Tshopo Province, Democratic Republic of the Congo A sharp sting woke Charlotte Girard to the harsh...
© LitHub
Back to top