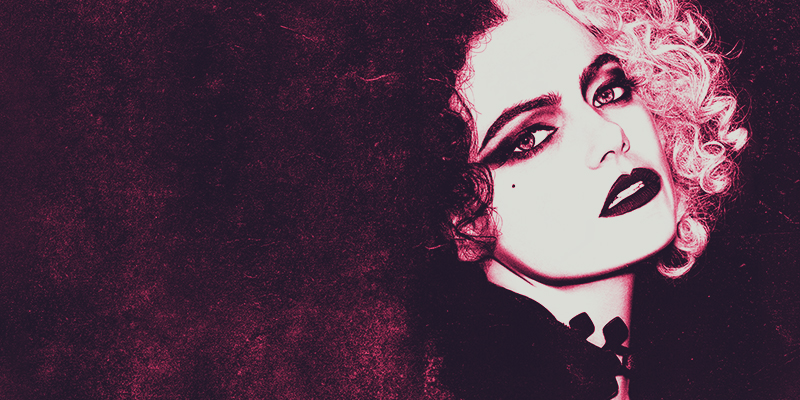 With the tagline, “I’m Cruella, born brilliant, born bad, and a little bit mad,” the marketing for the villain-revision vehicle Cruella, which landed in theaters this summer, invites a compelling challenge to the viewer: “Watch this film,” Disney dares us, “and fall in love with one of our most vicious villainesses!” Dodie Smith’s dog-killing, dog-skinning heiress sets a high bar on unlikability. For me, a fan of the unlikable, a lover of the hard to love in fiction, the prospect was thrilling.

During the film’s first minutes, however, young Estella, who will eventually transform into the vengeful fashionista Cruella, witnesses her mother being forced off a cliff by trained-attack Dalmatians. Soon after, she’s thrust into Dickensian homelessness, poverty, and grief. The high bar on Cruella’s unlikability established by Disney’s marketing has plummeted to its lowest notch. We immediately feel for the poor little orphan girl with two-toned hair, and we’re primed to forgive her for her future antics, which read as rebellious, not genuinely nasty. Don’t get me wrong: With its talented actors, gorgeous art direction, and its spectacular costumes, the film is a pleasure to watch, but if its aim is to challenge me to identify with Smith’s infamously detestable character, it fails. With sweet, quirky Estella—named after, I’m guessing, Estella from Dickens’ rags-to-riches novel Great Expectations, who ironically is a little hard to like—the filmmakers don’t convince me to fall for an unlikable character; they simply file down her sharp edges. I understand it: Disney trades in mainstream likability.

As a writer and enthusiastic consumer of unlikable characters, I’m often puzzled by viewers or readers who criticize a story for having these types of characters. Recently, I ran across these lines from a Goodreads review of one of my favorite books, Wuthering Heights:

“But ultimately, the most damning thing is that the characters are a bunch of immature, insufferable, narcissistic assholes with very little self-respect. This isn’t a story of great love and passion. It’s the story of how child abuse perpetuates itself through the generations.” One star.

Well, yeah. She’s right, but that’s why I love it and gave it five stars and would add a star or two if I could. The dark magic of Emily Brontë’s novel is that, for the open-minded, she renders these messed-up characters in ways that bonds us to them even as we recoil at their choices. This Goodreads reviewer, though, most likely wants her characters to embody positive qualities, perhaps values she holds, which by the way, are most likely values I hold, too. Let’s face it, narcissistic assholes are the worst! But if we only look to have our values reflected at us by the characters we consume, we may be participating in a kind of confirmation bias, limiting our worldview, instead of expanding it.

Research tells us that shared values are a cornerstone of maintaining lifelong relationships, so it makes sense that readers may become frustrated when they don’t encounter central characters who represent their values. Dominant cultural forces shape social mores and morality, so what we label as “likable” is connected to widespread ideas about what constitutes acceptable behavior. If a character’s worldview runs counter to the cultural norm, we may reject that character as “unlikable.” To a certain degree, I get it, particularly for readers seeking to escape the moral complexity the world thrusts at us daily. I’m not arguing against spending time with garden variety likable characters. However, if we turn away from unlikability altogether, if we dismiss it as a flaw in the writing or filmmaking, we’re cutting ourselves off from the empathy-building power of storytelling.

All this is to say: I’d totally watch a film that kept Cruella’s bite while making me feel sympathy for her. Giving a character who does terrible things a degree of emotional appeal smudges the line between bad and good, offering us a complex human we must wrestle with and may even recognize in others or in—gasp!—ourselves. Unlike Cruella, there are many books and films that accept the unlikability challenge, keep the bar high, and play it out in fascinating ways.

Two novels, Margaret Atwood’s Alias Grace (1996) and Shirley Jackson’s We Have Always Lived in the Castle (1962), feature murderesses whose crimes at the outset seem insurmountable obstacles to our sympathies. Alias Grace is historical fiction about the life of Grace Marks, who in 1843 Ontario brutally murdered her employer and his mistress. She can’t remember her crimes, which piques a doctor’s interest, who, in the early days of understanding mental illness, wants to uncover the cause of her memory loss and her underlying motivations. As he learns more, we begin to grow attached to Grace through her sly wit and her stories about the ordeals she experienced as a young woman, which Atwood teases out with her inventive prose. If we’re open, we might come to see murder here as a product of, not maniacal evil, but pain.

In Jackson’s classic novel, we become deeply enmeshed in the isolated world of the Blackwood sisters, Constance and Merricat, who, other than their uncle, live alone in their large New England home in the wake of the arsenic poisoning of their family six years earlier. At the end of the novel—spoiler alert!—Jackson reveals that the younger of the Blackwood sisters, only twelve when the crime was committed, is responsible for the poisoning. Since we’ve formed such a strong connection to her by the moment of the revelation, we’re forced to take a measure of our feelings about the crime. Was it justifiable? What exactly was the motivation? Although it’s left unclear, Jackson’s sympathetic portrayal of this murderess lingers.

Even before committing their crimes, these female characters are outcasts who lash out violently at the patriarchal order oppressing them. By mainstream standards, they are more than unlikable; they are moral transgressors. But Atwood and Jackson write them with such depth that, by the end of the novels, if you haven’t dismissed them as unlikable, you’ll understand them as layered individuals, whose actions have a direct relationship to how they’ve been treated by their society. In offering a challenge to likability, these authors may also be testing a reader’s value system—a system that’s still primarily the province of straight, white, cis-gendered men. Seeking out exclusively likable characters is deciding to consume only characters whose actions and identity meet the approval of that system.

That’s not to say that some of these values aren’t in place for a good reason, like, say, that cold-blooded murder is wrong. But, at times, other values can get swept up in the basket of mainstream mores, particularly biases, often born out of fear and misunderstanding, that hem in, stereotype, and marginalize certain populations. In other words, ask yourself, is a character unlikeable because she is objectively amoral, or is she unlikable because we disapprove of her choices that run counter to our specific social context? Sorting out the difference between the two exposes a gray area in our self-understanding, especially if a story invites us to identify with a character who has committed a serious crime like murder.

Grace Marks and the Blackwood sisters are “unlikable” because they are outsiders who commit murder. The pairs of lesbian lovers in Patricia Highsmith’s Price of Salt (1952) and in Sarah Waters’ Paying Guests (2014) transgress the norms of their respective surroundings by acting on their sexual desires and walking away from their heteronormative existences. In Highsmith’s novel, Carol Aird leaves her husband and child behind to be with Therese Belivet, a particularly “unlikable” choice for the early 1950s. The two women go on a cross-country road trip, pursued by a detective, who Carol’s husband hired to collect evidence of their sexual relationship, which was then illegal. Because of her love for her daughter, Carol waivers between life with her husband and Therese. Eventually, she’s forced to relinquish custody of her child because of her husband’s evidence of her homosexuality. The dominant mores of the time—and perhaps still of our time—would see her choices as selfish and self-indulgent.

In The Paying Guests, set in 1922, a spinster daughter, Frances Wray, and her mother are forced to take in a married couple, Lilian and Leonard Barber, as boarders to make ends meet. Frances and Lilian soon begin an affair. Frances begs Lilian to leave her husband, but—spoiler alert!—there’s a complication: Lilian is pregnant and plans to abort the child. Frances has ambivalent feelings about her choice, and at that time, abortion was especially dangerous, but because she loves Lilian, she aids her. Eventually, Leonard finds out about the abortion and the relationship and responds violently. In his tussle with the women, Leonard dies, and the lovers cover it up, knowing they won’t receive fair treatment by the authorities, given the homophobia of the era.

For Frances and Lilian, as well as Therese and Carol, expressing themselves sexually casts them outside a conventional moral framework. Because they’re true to themselves, they’re forced to transgress in other ways, not out of choice but out of the constraints of their circumstances. Based on the standards of their time, they certainly wouldn’t pass the likability test. As we encounter them today, in a less homophobic world, they should read as more sympathetic and, therefore, likable. But, if Goodreads reviews are any indication, maybe not. These women don’t get judged for being lesbians but for being cold or deceitful, particularly Carol and Lilian. These readers fail to understand that, because of their circumstances, coldness is an armor, and deceitfulness is a necessity for survival.

If we’re looking only to confirm our ideals in the characters we read, we may not push past the likability barrier and to something murkier and more puzzling—and ultimately richer. Sure, we can escape for a time into characters whose values match our own, but what’s being lost if this is all we do? Enlightenment, perhaps. So, unlike Disney, I offer a serious challenge: Come on. Have sympathy for the de Vil. 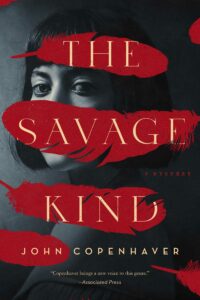 John Copenhaver's debut historical crime novel, Dodging and Burning (Pegasus, 2018), has been nominated for an Anthony, Macavity, Strand Critics, Barry, and Lammy Award. Copenhaver writes a crime fiction review column for Lambda Literary called “Blacklight,” and he is the five-time recipient of Artist Fellowships from the D.C. Commission on the Arts and Humanities. He’s a Lambda Fellow, and he has completed residencies at VCCA, VSC, and Ragdale. He’s a Larry Neal awardee, and his work has appeared in CrimeReads, Electric Lit, Glitterwolf, PANK, New York Journal of Books, Washington Independent Review of Books, and others. He chairs the 7-12 grade English department at Flint Hill School. He lives in DC with his husband, artist Jeffery Paul (Herrity). 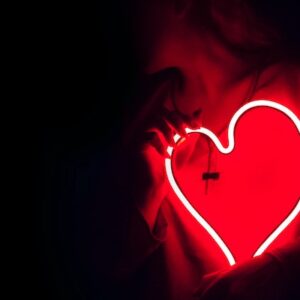 Love. It isn’t all hearts, flowers, and romantic, moonlight strolls in the park. Real, wild love, can come become violent,...
© LitHub
Back to top