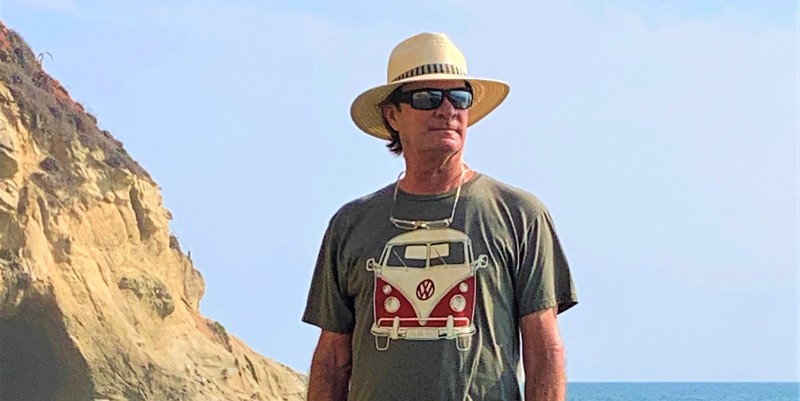 Why T. Jefferson Parker Traded in the Current Day for the Psychedelic Thrills of 1968 Laguna Beach

Head shops, record stores, and rocky beaches are the backdrop for this transportive new novel.

I wrote the first line of A Thousand Steps in early 2020. I intended to set this coming-of-age thriller in Laguna Beach, California, in 1967, the so-called Summer of Love. That year seemed like the obvious choice, given the blossoming of the boomers/flower children, the “free love,” the proliferation recreational drugs, the British Invasion in music giving way to Dylan and other American artists, and, of course, the explosion of counterculture fashion and big hair. It seemed to me in 2020 retrospect – and certainly to my 13-year-old’s wide eyes back in ’67 – that everything in the world had changed. The old was gone and the new was taking form. 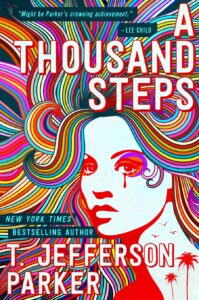 But as I began writing A Thousand Steps, and remembering 1967, I had the bothersome thought that the Summer of Love was actually too perfect, too obvious, too, well, groovy a time to set a thriller with a dark underbelly.

And when I scrolled my memories forward just one year, I saw that 1968 was very different from 1967 in ways that would suit my purposes well.

First, there were the assassinations of Martin Luther King and Robert Kennedy.  There were the bloody reports and body counts from Vietnam on the evening news. Protests against that war that grew violent, culminating in the riot at the Democratic National Convention in August. Inner-city violence was on the rise and so were police beatings – the two feeding the flames of each other’s fury with a Molotov intensity.

What a difference one year had made!

I saw some of ’68 on our black-and-white living room TV, listened to the drone of Cronkite, Huntley and Brinkley, studied the solemn faces of Lyndon Baines Johnson and Richard Nixon.

And I saw some of 1968 first-hand too, in Laguna Beach, right over the hill from Tustin, where I was growing up. There in Laguna, the hippies flooded in after the Summer of Love, and the drug dealers offered their wares up and down Coast Highway, and the air of Laguna was filled with the smells of the ocean, the eucalyptus in the canyon, and of marijuana.  The cops were everywhere, often in a little neighborhood in the canyon nicknamed Dodge City because the local cops, state officers and even the FBI set up raids and stings and sometimes – guns drawn – chased the drug sellers off into the steep flanks of the brushy canyon. Scores of arrests were made; thousands of pounds of pot and hashish and thousands of doses of LSD were confiscated.

As a kid I went to the Sound Spectrum on Coast Highway to buy vinyl albums by Dylan and Cream; I loitered in the Mystic Arts World head shop just a few doors down, considered the huge oil-on-plywood painting, “The Taxonomic Mandala” by Dion Wright, which hung in the “private” meditation room in the back of the store. I beheld the exotic hash pipes – some imported from Afghanistan and others made by Laguna craftsman.  In the book section I read the strange titles: “The Tibetan Book of the Dead,” “The Psychedelic Experience” by Timothy Leary, Ralph Metzner and Richard Alpert, and Aldous Huxley’s “The Doors of Perception.”

Laguna in 1968, to my young eyes, was the United States writ psychedelic – a beguiling, mystifying microcosm of America.

So, of course, over half a century later, writing A Thousand Steps in early 2020, I couldn’t help but see the parallels with 1968: violence in the streets; a seemingly endless war in Afghanistan; mass protests, citizens so polarized the left and the right weren’t even speaking; a drug epidemic killing thousands (opioids now, not the far less addicting drugs of 1968); bigotry; white-on-black cop killings.

Then, suddenly in early 2020, the Covid-19 pandemic changed the world, and 1968 seemed distant and irrelevant, almost quaint. The parallels didn’t quite vanish; they just didn’t seem to matter. How could any of us known, just two short years ago, that over 800,000 Americans would be dead from a virus that is still morphing into variants eager to kill us?

Not surprisingly, the deeper that the coronavirus drove its deadly path throughout the globe, the deeper I drove into the past in which I was living as I wrote A Thousand Steps. Most of my writer friends did the same thing with their work. I may not have “lost” myself in my novel but I definitely escaped into it.

Prowling through ’68 Laguna Beach as a wonderstruck fourteen-year-old, I had no idea that I’d ever become a writer. I wasn’t taking notes for a future project. I was still hoping to play short for the Angels someday! But my senses went into overdrive in Laguna, a psychedelic kaleidoscope of rocky beaches, artists, surfers, protesters, cops and freaks. I locked them into my young memory. And when the plague broke over America like a wave, I dove under it and swam back into the past with all I had.

T. Jefferson Parker is the author of numerous novels and short stories, the winner of three Edgar Awards (for Silent Joe, California Girl, and the short story Skinhead Central), and the recipient of a Los Angeles Times Book Prize for best mystery (Silent Joe). Before becoming a full-time novelist, he was an award-winning reporter. He lives in Fallbrook, California.

I Wrote A Book. It Was Adapted Into a Movie. Everything Went Really Well.

How to Take Down An International Sex Trafficker 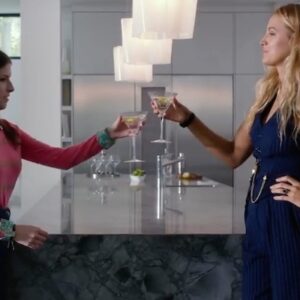 I Wrote A Book. It Was Adapted Into a Movie. Everything Went Really Well.

I know that writers often feel that the screen adaptation of their work is an inferior—sometimes even an embarrassing—take...
© LitHub
Back to top