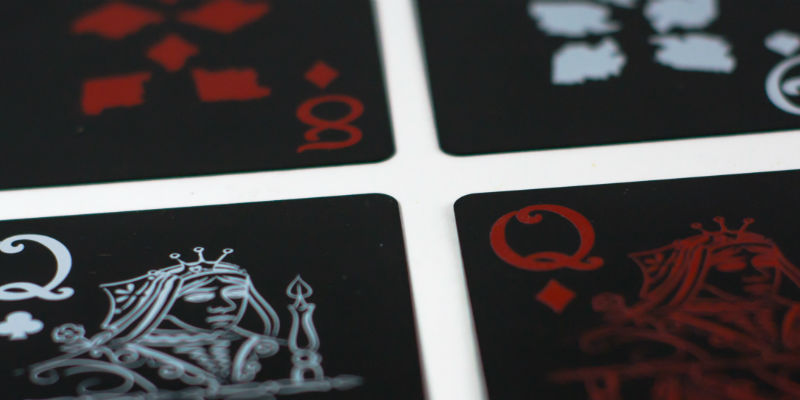 Taiwan: A Passion for Gambling

On Luck, Superstition, and the Persistence of the Numbers Game

The Chinese idea of luck predates the country’s first emperor. It even predates the idea of being Chinese itself, because being lucky in life was a sought-after trait in the warring states in the region millennia before that first emperor crushed them all to form a unified China.

There are actually five different types of “lucks” or “blessings” the ancients strove for. The five types vary slightly, depending on what tradition one follows, but “wealth” is a constant. Yes, the people who became Chinese lived the creed of “get rich or die tryin'” generations before 50 Cent articulated the concept.

The quest for easy money can push seemingly reasonable people into going to extremes. Recall the Asian American comedian Dat Phan, who, speaking generally of Asians, posited that we seem to be the most rational and calm people until we get into casinos. Then we lose our minds.

Certainly East Asia has been susceptible to Chinese mores. Taiwan, which counts China as a direct cultural influence, absolutely has the concept of gambling in its blood. Obsessed with trying to amass bundles of luck to aid in the pursuit of riches, Chinese people will pay more for properties with an “8” in the street addresses or floor number. “Eight,” after all, sounds like “luck” in Mandarin and several other dialects of Chinese.

Taiwanese may be even more superstitious than Chinese. After all, many of them bear traumatic ancestral memories of crossing the perilous Taiwan Strait to start new lives. These pioneers built a number of Taiwan’s oldest temples to honor specific goddesses and gods if they provided safe passage to the island.

About 15 years ago, my wife and I were living in a gentrifying area in the eastern part of Manhattan’s Chinatown when my parents came to visit. My father snickered to himself when he caught the name of a restaurant across the street: Da Jia Le, which literally means, “Everybody’s Happy.”

It’s an old game everywhere, actually. In the U.S., it’s known as the numbers. One typically makes a bet on a three-digit number at a local grocery store or teahouse through a runner in the morning or early afternoon. That three-digit number, ranging from 001 to 999, is determined a few different ways, depending on the locale. Some were pegged to the last three digits in the NYSE’s closing number that day, some to a combination of advancing, declining and unchanged.

Taiwan, which counts China as a direct cultural influence, absolutely has the concept of gambling in its blood.

In Taiwan, Everybody’s Happy was played with a two-digit number, derived from the official government “patriotic lottery,” which had been in place since 1950. In some locales, the area bookie crudely photocopied the numbers 1 through 99 on a sheet of paper, with bettors putting money on the boxed numbers. It was as shambolic as an office pool, but with more money on the line.

Da Jia Le the restaurant closed in 2006 when it lost its lease and became a hipster joint. Da Jia Le the game similarly faded as more outlets for legitimate gambling opened up. Sports gambling was introduced in 2008, and the Taiwanese government has also stepped up its official Uniform Invoice Lottery, a game in which every sales receipt is a ticket.

If you’ve ever been to Taiwan, you’ve probably noticed that when you buy things from convenience stores or bakeries, you receive paper receipts that seem excessively long. They contain lottery numbers and a QR code for convenient scanning when the winning numbers are drawn every two months. Prizes range from the equivalent of several U.S. dollars all the way up to a third of a million U.S. dollars.

Despite all the official, commonplace platforms to win money, the public’s desire to press their luck for even bigger rewards hasn’t been fully extinguished.

Perhaps the lowest thing I’ve ever heard of was that about five years ago, a gambling ring in Taichung, a large city in central Taiwan, was taking bets on when cancer patients would die. Even doctors were placing bets, apparently. The patients and their families were willing to participate, particularly if they were hard up, because they got a cut of the action that could pay for funeral expenses.

There is also betting on election outcomes (what were the odds on Trump winning?) and of course the conventional gambling dens. Cops often choose to raid such parlors just ahead of the lunar new year, when people are betting with their holiday bonuses.

Quite often, the police will barge into an illegal betting parlor and be stunned to find people in their 60s, playing card games such as “pirate” and the mahjong-derived “tube,” games that are unknown to people under 40.

The Taiwanese Ministry of Justice seems to be well aware that people can’t help but gamble, particularly during holidays. The anti-gambling law, which seems built upon leniency, stipulates that the maximum fine for gambling in public is the equivalent of about $32, and even that can be waived if the prize is for “temporary amusement.”

There doesn’t seem to be any political will to clamp down on unofficial gambling. The government is doing its best to get its share of the public’s irrepressible need to wager through the various legal lotteries, but politicians hold a weak hand in the court of public opinion to try to shut down illegal gambling.

Ed Lin is a journalist by training and an all-around stand-up kinda guy. He’s the author of several books: Waylaid, his literary debut, and his Robert Chow crime series, set in 1970s Manhattan Chinatown: This Is a Bust, Snakes Can’t Run, and One Red Bastard. Lin, who is of Taiwanese and Chinese descent, is the first author to win three Asian American Literary Awards. Lin lives in New York with his wife, actress Cindy Cheung. His latest novel is 99 Ways to Die.
http://www.edlinforpresident.com/ 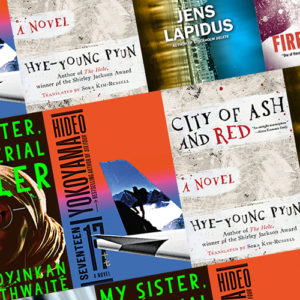 Every month, like customs agents with a penchant for literature and a dash of intrigue, we’re scouring the latest imports...
© LitHub
Back to top